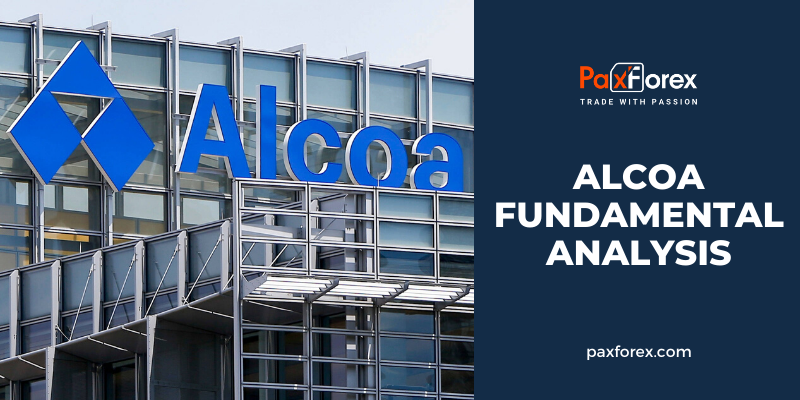 Traders who bet on Alcoa (NYSE: AA) found themselves in a difficult position: the company's shares fell far behind the S&P 500 in 2019 and lost almost 75% of their value in the first three months of 2020.

However, in recent months, shares have started to grow quite actively. Alcoa shares rose 13% in May, according to S&P Global Market Intelligence, on growing hopes for global economic recovery.

Looking back, we can say that Alcoa was far from being a favorite for most of this century. In the early 2000s, the company tried to move away from dependence on commodity prices for aluminum by purchasing a set of companies producing aerospace components and other finished metal products.

This plan did not meet expectations for profit, and Alcoa allocated these assets in 2016 as Arconic and returned to its core business of metal production.
In 2019, this business suffered a larger drop in commodity prices due to the slowdown in China and threats of trade wars between the U.S. and other countries. By the end of 2019, Alcoa was preparing another modernization, promising to build a "more economical, integrated, the operator-oriented organization" capable of better coping with fluctuations in commodity prices.

This year did not bring much relief as COVID-19 further slowed global economic activity and reduced demand for aluminum. But after the deplorable economic sentiment in March, commodity prices began slowly crawling back to where they were going this year. And this warmed up the rally in Alcoa shares.

The Alcoa spike in May accelerated in June, with shares rising by 31% just five days before the end of the month. But stocks are still 44% year on year, compared to the S&P 500.
Chief Executive Officer Roy Harvey continued to be cautious as of mid-May, telling reporters that China still had an oversupply of aluminum and claiming that the company was not yet clear on-demand after the pandemic. Aluminum, which was traded at around $1,800 per ton in 2020, broke off from a low of $1,462 per ton in mid-May but is still traded for less than $1,600 per ton.

In a sense, Alcoa is still trying to solve the same problems that it hoped to solve two decades ago when it bought up its manufacturing facilities. The company depends on the volatility of commodity prices. Alcoa may continue to move higher if the general market sentiment about the recovery continues to rise, but there is not much on the horizon to offer a big breakthrough for stocks shortly.