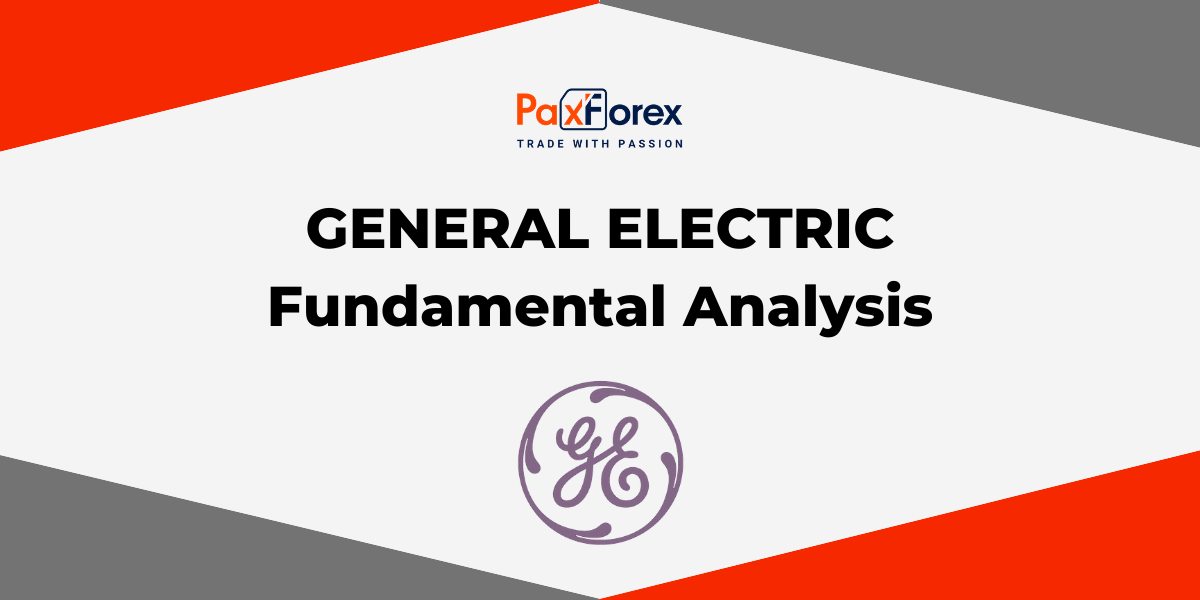 J.P. Morgan analyst Stephen Tusa has, in recent years, been the most ardent advocate that General Electric shares should not be bought. He foresaw numerous GE mistakes, regularly pushing the bank's clients to sell GE shares. When his forecasts were accurate, Tusa was widely recognized by investors, and his analytical notes started to induce large fluctuations in the price of GE shares.

Lately, Tusa became even more pessimistic concerning GE. He previously had the lowest price target of $5, but he removed that target on Monday, saying he now feels even more negative about the GE stock. In fact, Tusa stated that GE shares might be useless.

In early 2020, the GE bullish rally seemed to be gaining momentum. The industrial conglomerate's initial forecast for this year included low, unambiguous organic revenue growth, modest margin increases, and free cash flow of $2 billion to $4 billion, notwithstanding the sale of its highly successful biopharmaceutical division in March. Consequently, GE shares rose to a 52-week high of $13.26 in February, approximately twice the lows achieved in late 2018.

However, COVID-19 crushed GE's numbers this year. The pandemic has weakened power demand, forced people to suspend medical procedures, and hit the commercial aviation industry. Namely, painful was the sharp decline in aviation. GE Aviation is usually the largest cash cow company, but last quarter the segment's earnings fell 44% year on year, notwithstanding the increase of the military side of the business. In the first half of the year, GE recorded an adjusted loss of $0.10 per share and lost $4.3 billion in cash.

In his note last week, Tusa suggested that other analysts and investors could be depreciating the immediate obstacles facing General Electric. He foresees break-even free cash flow in the second half of 2020, while most analysts expect a return to positive free cash flow in a period that is usually seasonally stronger for GE. Tusa believes that the lack of GE forecasts for the second half of the year is a caution signal in this regard.

Tusa believes that GE may not return to normal income levels until 2024. Similarly, free cash flow is likely to remain well below what the rest of Wall Street anticipates over the next year or two. Taking into account that the company still has significant debt, this bleak revenue and cash flow projections suggest that GE shares may cost little or nothing.

Tusa's precise forecasts a few years ago made him very powerful. Nevertheless, investors may have overestimated his importance. After all, Tusa took a short position on GE after the stock price bottomed in late 2018. Six months ago - just days before the coronavirus got out of control in the U.S. and Europe - Tusa raised GE's rate, saying he was wrong about the company's free cash flow prospects.

Strictly speaking, even a stopped clock is right twice a day. Tusa has been shorting GE for many years, despite two short-term increases in GE shares to a neutral rating. When GE experienced difficulties under the previous management, he seemed a genius. Conversely, as GE's reversal gained momentum last year, his projections were extremely imprecise, as Tusa himself said in March.

The COVID-19 pandemic gave Tusa a supplementary motive to bet against GE. Though, while the company unquestionably faces great hurdles in the short term, Tusa again seems to be undervaluing the chances for its recovery.

In the short term, the pandemic will keep General Electric's revenues and cash flow under tight control. Still, with numerous vaccine candidates being tested in 2021 in Phase 3 and public health officials struggling to ensure widespread access to vaccines, GE has the potential for a strong recovery in the years ahead.

As the pandemic becomes increasingly controlled, power projects that have been postponed because of the concerns about the virus are likely to continue. The volume of medical procedures will need to recover, and hospitals, which are 100% focused on treating cases, will start buying new equipment again. Most importantly, airlines will begin to increase the number of flights, which will increase GE Aviation's revenue from high-margin services.

Between improved macroeconomics and GE's continuing cost-cutting efforts, profits and cash flow could already exceed 2019 levels as early as 2022 and will grow rapidly in the years ahead. It may result in GE shares returning to high levels in early 2020 and beyond over the next few years. 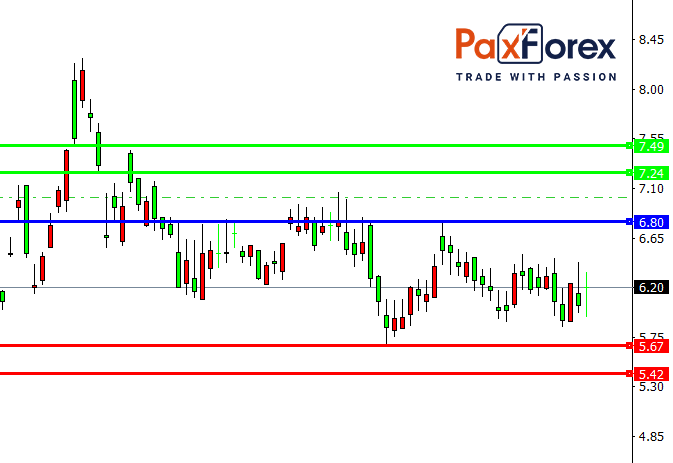 Provided that the asset is traded below 6.80, follow the recommendations below:

In case of breakout of the level 6.80, follow the recommendations below: