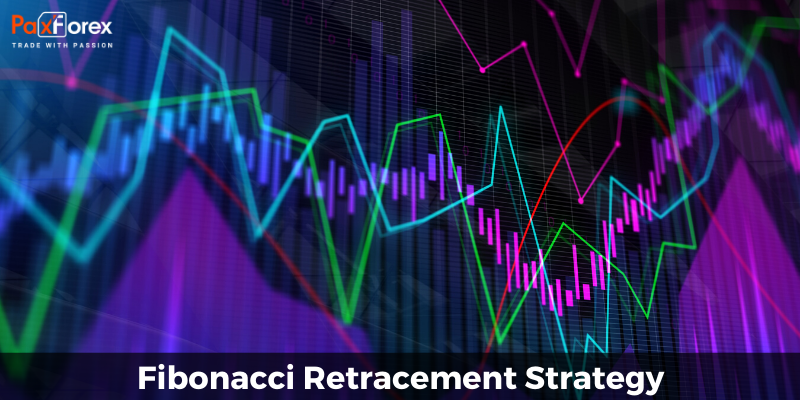 Have you heard of the Fibonacci trading technique? If not, here’s a handy little guide for you. Below you will find out how 13th-century math principles help to benefit modern traders, and what is the best way to get started with using Fibonacci retracements to trade.

What is Fibonacci Retracement in Trading Forex

The very first thing you need to know about the Fibonacci trading tool in MT4 is the theory behind it. Leonardo Pisano Bigollo, more commonly known as Fibonacci, was an Italian mathematician who lived through the late 12th-early 13th century. Leonardo really stood out among other math enthusiasts as he has introduced the Hindu-Arabic numeral system to the West (the numbers we all know and use today), as well as described a sequence of Fibonacci numbers.

The Fibonacci sequence was developed through posing and solving a problem involving the population of rabbits. Using idealized assumption, Fibonacci introduced the sequence that presumably originated in 6th century India. Every number in the sequence is a sum of the preceding two, starting with 1, 1, 2, 3, 5, 8, 13, 21, and so on. The modern version of the sequence also includes a 0 at the beginning.

Now, what does all this have to do with trading? Well, since the Fibonacci sequence managed to survive for so long, it’s safe to assume that it came in handy on numerous occasions. All the way up to modern-day trading: where the numbers of the sequence are used to calculate the specific levels on the chart, with which the price will interact. These levels are also called Fibonacci retracement ratios.

How to Calculate Fibonacci Retracement Levels

In order to begin trading using Fibonacci sequence, you first have to understand where the retracement levels come from. Retracements on Forex are temporary reversals of the price within larger trends. And the retracement levels are used as virtual limits from which the movement is supposed to bounce off. The Fibonacci retracement analysis helps traders to visualize these limits and make more effective trading decisions.

Although the Fibonacci retracement formula is built into the MT4 tool, it can be helpful to have a general understanding of the basic math behind it. As we discussed earlier, the retracement levels are identified through the calculator of certain ratios. The first ratio, which serves as the key element, is the result of dividing any number in the sequence by the one right before it. This division will get us a number roughly approximate to 1.618. For example:

1.618 is sort of an outstanding math phenomenon, known as the Golden Ratio, Phi, or the Golden Mean. Scientists from various fields often find some version of this ratio in biology, astrology, space studies, and more. 1.618 is translated into the most popular Fibonacci retracement levels: 161.8%. There are two more levels that you will come across the most often if you implement the Fibonacci pattern trading strategies. They are:

Now, you have several numbers in front of you, and you might even be able to draw the lines on the chart accordingly. But how exactly does the Fibonacci retracement line drawing work?

How Does Fibonacci Retracement Work 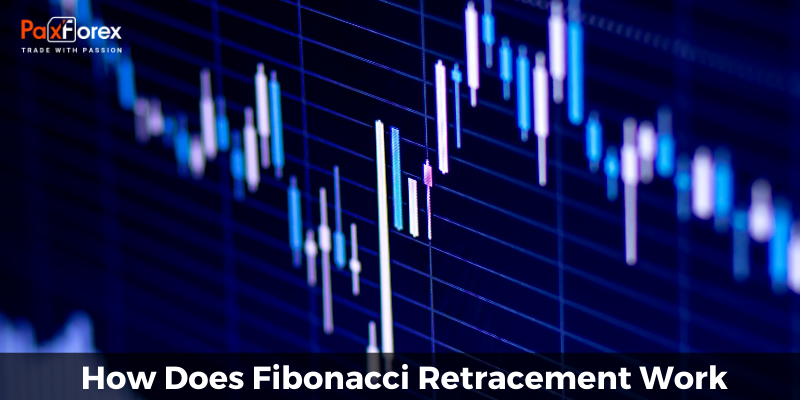 The simplest way to understand trading Fibonacci retracement levels is by picturing them as the limits of support and resistance. By estimating the virtual price corridor, traders can roughly, or sometimes precisely, predict where the price will reverse. This forecasting is then used to plan entry and exit points for each upcoming position.

One of the ways to visualize support and resistance is to measure the price move, bottom to top, after a significant movement upwards. By using the MT4 tool to calculate Fibonacci retracement levels, a trader can picture where the price might retrace before continuing to move higher. That spot on the chart is an ideal entry point.

The same logic applies during the downward movement: traders measure the significance of the move, and then estimate the possible retracement points to make an entry. The Fibonacci levels that help out in this process are the 38.2% and 61.8% mentioned earlier, as well as 23.6%, 50% (not technically a part of the sequence, but helpful nonetheless), and 78.6%.

Then to plan for exit points, traders use the same tools to visualize Fibonacci extension levels. These levels stretch out further along with the chart and provide options for exit points, depending on your position.

How to Use Fibonacci Retracement in Forex

The first step to how to trade Forex using Fibonacci retracement is getting familiar with the Fibonacci MT4 tool. Just as many other tools in MetaTrader 4, Fibonacci levels are pre-calculated and are very easy to add to the chart. Once you have selected the tool, use the plus sign to mark the beginning of the price move you aim to measure, click on it, and then click again at the end of the same move.
After you do this the default levels will automatically appear on the chart and you can begin using them. In case you want to add or remove the levels from the chart to avoid confusion or match a specific strategy, you can always do so in the settings. Just make sure you are getting a sufficient amount of information to make a comprehensive trading decision. 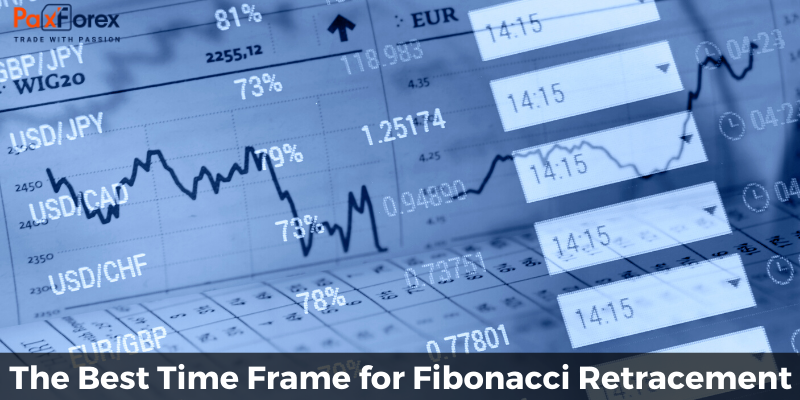 Although the day trading Fibonacci techniques are attracting the most followers, traders can use the sequence as a tool in any possible style and strategy. For example, combining the Fibonacci retracement levels with price action pattern scouting works equally effective for day traders and position traders.

This way, there is no one best time frame to implement Fibonacci retracement in Forex trading. You can virtually use this tool in combination with any other indicator and any possible method. As long as it works for you.

How to Trade Retracements Successfully

One important thing to remember about trading retracements is there is never a way to know for sure where the price will go to next. Every analysis strategy and any forecasting tools including the Fibonacci retracement levels, are designed for estimation. And while in many cases such estimation proves effective, in others it falls through under the pressure of advanced market aggression.

To minimize the escalated risks of volatile, take full advantage of automated orders such as stop loss and trailing stop. By setting specific boundaries in which you can afford the price to move, you can make sure that the potential losses won’t hit you too hard. Automated orders are also helpful for gathering gains, for instance, you can set a ‘take profit’ on the 161.8% level and calmly wait until the price archives it.

Learning how to read Fibonacci retracement is perhaps the hardest part of how to use ancient math in modern trading. After you have mastered installing the levels on the chart and pointing out the potential reversal points using the levels — you are ready.

According to a lot of Forex experts, the best Fibonacci trading tutorial is practice. Start trading the Fibonacci sequence ratios with small amounts to test the water, and then slowly enhance the size and the number of your trades. It won’t be long before you will be able to call yourself a Fibonacci pro.