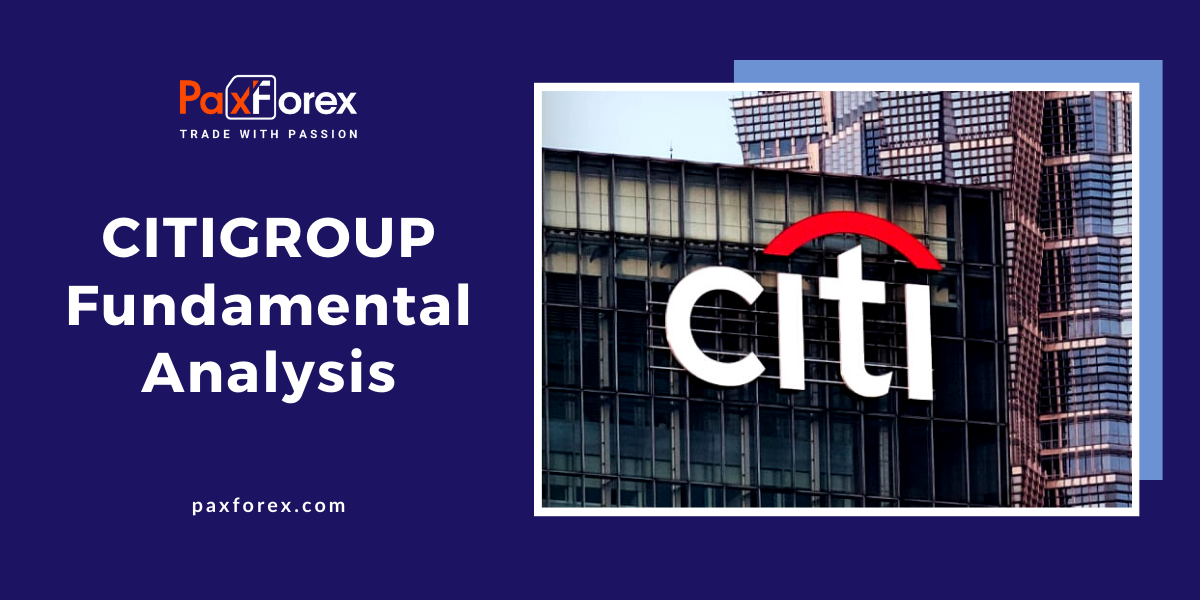 Citigroup shares dropped this year amid a coronavirus pandemic that hit the world economy and after political tensions affected the bank's large multinational clients and key markets. Over the past few weeks, however, C stocks have traded more confidently, even after second-quarter profits briefly collapsed in July.

The bank also maintained its current 3Q dividend level, while its competitor Wells Fargo (WFC) reduced its own. And Citigroup's second-quarter profits in the investment banking sector - the debt service and equity business segment - reached the highest level since the financial crisis more than a decade ago, as corporate clients sought to raise finance to cope with the economic downturn caused by the pandemic.

Citigroup shares are still no closer to pre-pandemic levels. And they have not come close to the heights that were before the Great Recession. Now, we're going to discuss if it`s high time to buy Citigroup shares.

Citigroup's earnings per share for the second quarter were below expectations, while profits rose. As with other large banks, Citigroup has set aside several billion reserves to cover possible credit losses. The company said its expenses "slowed significantly due to the pandemic," which damaged its global consumer banking business.

Fixed-income trading revenue jumped. Earnings from equity trading declined slightly. In the investment banking business, clients remained "focused on both sources and use of short-term and long-term liquidity".

Some of the bank's larger foreign markets were still struggling to get out of the pandemic crisis.

"In Asia, the slowdown in tourism and consumer activity has again led to a decline in revenues," said Citigroup CEO Michael Korbat during a call about second-quarter earnings. "And in Mexico, revenues have fallen as the country struggles with the health consequences of the pandemic.

The Federal Reserve has cut rates and launched an indefinite quantitative easing to support the U.S. economy. But the rate cuts have damaged bank revenues.

The Federal Reserve, releasing the results of last month's annual stress tests, said most banks had enough financial cushion to survive the pandemic. But it obliged banks to limit dividends and suspend buybacks for the third quarter. Citigroup will maintain its dividend at 51 cents.

The restructuring efforts may also affect future earnings and revenue growth. In 2018, Citigroup modernized its retail banking business in the U.S. to work more closely with and accelerate its lending business. The bank is also reported to be merging its investment banking business with its Capital Markets division.

The best stocks, by the standards of most analysts, are capable of providing stable profit growth. Before the pandemic, Citigroup's revenues last decreased in 2016. But in the first quarter of this year, they fell by 44%, and in the second quarter - by 74%.
In 2020, analysts expect the company's revenues to fall by 61%.

Traders should note that C shares, like those of other banks, rarely outperform the market for a long period of time, even when the markets are stable.

The profit forecast is under pressure as almost zero rates squeeze the net interest margin, while high unemployment strikes at retail and commercial lending.