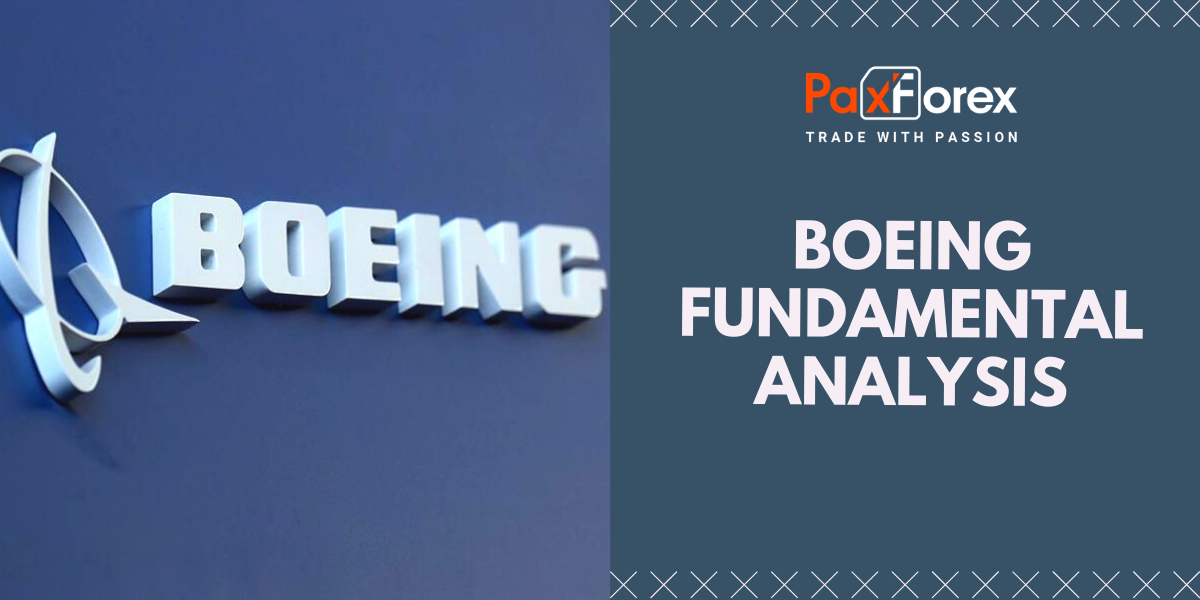 Boeing's profit is fading, as the supply and production of the 737 Max have been suspended and the coronavirus distribution is impacting the demand for air transportation. Is Boeing stock a good investment idea now? Investors should pay attention to the fundamentals of the aerospace giant. According to IBD Stock Checkup, profits per Boeing share have grown by an average of 0% over the past three years. In Q4, Boeing suffered a loss of $2.33 per share from a profit of $5.48 per share a year ago. Earnings decreased by an average of 3% over the past three years. In the 4th quarter, profits fell by 37% to $17.91 billion, as supplies of 737 Max remained suspended. The commercial jet division's profit fell 67% to $7.5bn as shipments fell 67% to 79 aircraft. Boeing's defense and space business also faced negative news. The KC-46 tanker for the U.S. Air Force was more than two years behind schedule and cost $3.5 billion to Boeing. Boeing had to suspend deliveries several times after malfunctions were found in the delivered tankers. Following the fourth-quarter revenue report, an SEC report stated that Boeing charged $108 million for the KC-46 tanker in the fourth quarter. Boeing also produces the F/A-18 Super Hornet for the U.S. Navy and foreign military. But in the latest budget request, the Navy wants to reduce the purchase of the upgraded Super Hornets and transfer the money to its own Next Generation Air Dominance platform and other key aviation investments. However, the Air Force budget for 2020 includes eight upgraded Boeing F-15X fighters.

The company's space business also failed on December 20, when the Starliner capsule failed to enter proper orbit for docking with the International Space Station. The company also charged a pretax Q4 fee of $410 million related to the Starliner capsule. In February, NASA discovered that during the Starliner flight there was an undisclosed software problem that could destroy the space capsule. The report of the NASA Inspector General also noted the continuing delays in the launch of the Boeing rocket system space launches. Boeing 737 Max aircraft are still on the ground, and U.S. airlines have removed the aircraft from their schedule long before 2020. The Coronavirus is hitting world air traffic, suppressing the already weakened demand for wide-body aircraft such as the 787. After Boeing shares collapsed, they rose slightly but fell again, and the price is well below its 50-day and 200-day moving averages. For most of the year, the stock lagged behind the S&P 500. In early March, stocks fell to their lowest levels in seven years. Despite the rebound, Boeing's market capitalization is still below those of Tesla (TSLA).