It is known that around May 20, 2020, the third halving of Bitcoin will take place. Every 10 minutes 50% fewer bitcoins will be produced, which may change its value.

It has already happened twice, each time increasing the price by at least 10 times. Despite the increased interest in bitcoins and the cryptocurrency as a whole, few people are talking about it.

So today we will look at what "halving" is and what it can lead to.

Halving is the process of splitting the number of generated awards for block mining by half. It is necessary for network functioning to maintain the total number of bitcoins not exceeding 21 million. Accordingly, this day is called "halving".

Of course, the block awards are the main motivator of bitcoin mining and the principal force of the network. Bitcoin blocks are, in fact, parts of the bitcoin block, where all transactions are recorded.

Each block is associated with a mathematical task, and the bitcoins miners continuously use equipment to record transactions and solve these tasks. However, with the growing number of award-winning maintainers, this task is becoming more and more difficult to solve.

Halving is designed to prevent inflation, as only a limited number of bitcoins can be created, making it more like Gold than a national currency (compared to central banks that can simply print more bills).

Halving bitcoin occurs every 210,000 blocks and reduces the reward by 50% each time in geometric progression and it is planned by the height of the block, not by date, so it is known that the 210,000th block falls on May of this year (+/- 20th).

How will it affect the price of Bitcoin?

Logically, the decrease in the award affects the number of miners, which historically has had a positive impact on the price of Bitcoin in the long run.

As with any other type of asset, the price is highly dependent on demand and supply. Halving affects the latter.

That's why everything depends on how demand will develop in the coming months and years. 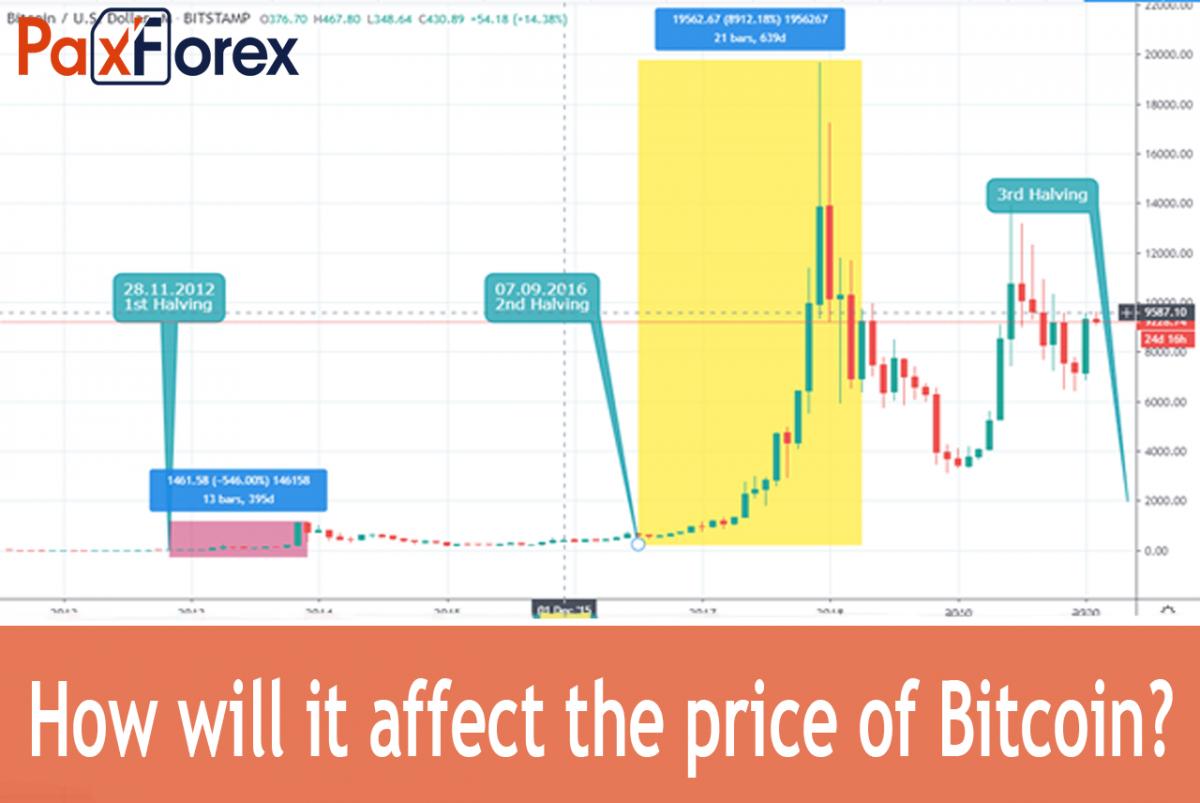 Consequently, the first two halvings in the bitcoin network were accompanied by increased coin volatility over the next 1-1.5 years: the asset price could rise from $11 to $1100 or from $230 to $20,000 - and fall 5 times. Experts' opinions were divided as to the impact of the third halving on the price of the crypto market flagship. Some of them expect growth, while others expect no significant changes.
Digital Asset Research company believes that in May 2020 bitcoin may rise to $60595 per unit. The assumption is based on the analysis of bitcoin price behavior in cycles between previous halvings. It turned out that at the end of the cycle it is growing due to the growth in demand for cryptocurrency and reaches its peak values in the first third of the cycle, each time rising to a new historical maximum. The researchers believe that if the model they discovered repeats, a new peak in the price of Bitcoin will occur in September 2021, and the next halving in 2024 it will reach $732.256 per token. 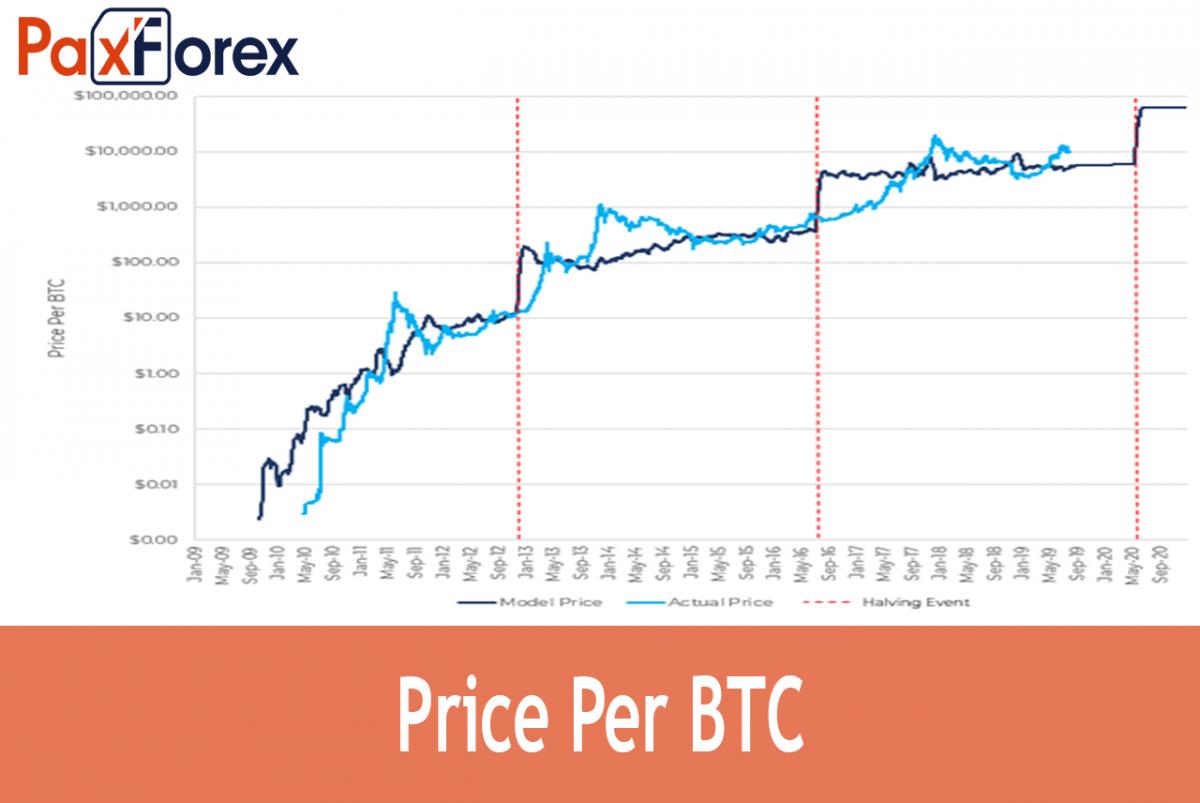 The German bank Bayerische Landesbank concluded that the future halving will allow Bitcoin to approach gold on such an indicator as to the ratio of reserves to growth (Stock-to-Flow, S2F). Gold S2F is 58 and by May 2020 will be slightly more, while Bitcoin - will grow from 28.5 to 53, which will make possible the price of the coin at $90 thousand per unit. If the model proposed by the bank's experts is correct, halving 2024 will increase the strength of the Bitcoin to an unprecedented level in human history: over 100.
In any case, even without taking into account the prior halvings, analysts are confident that Bitcoin will continue to grow. The logic behind it pretty obvious, especially given the incredible demand for cryptocurrency and the fact that Bitcoin is a worthy alternative to Gold and protective currencies in cases of unstable geopolitics.