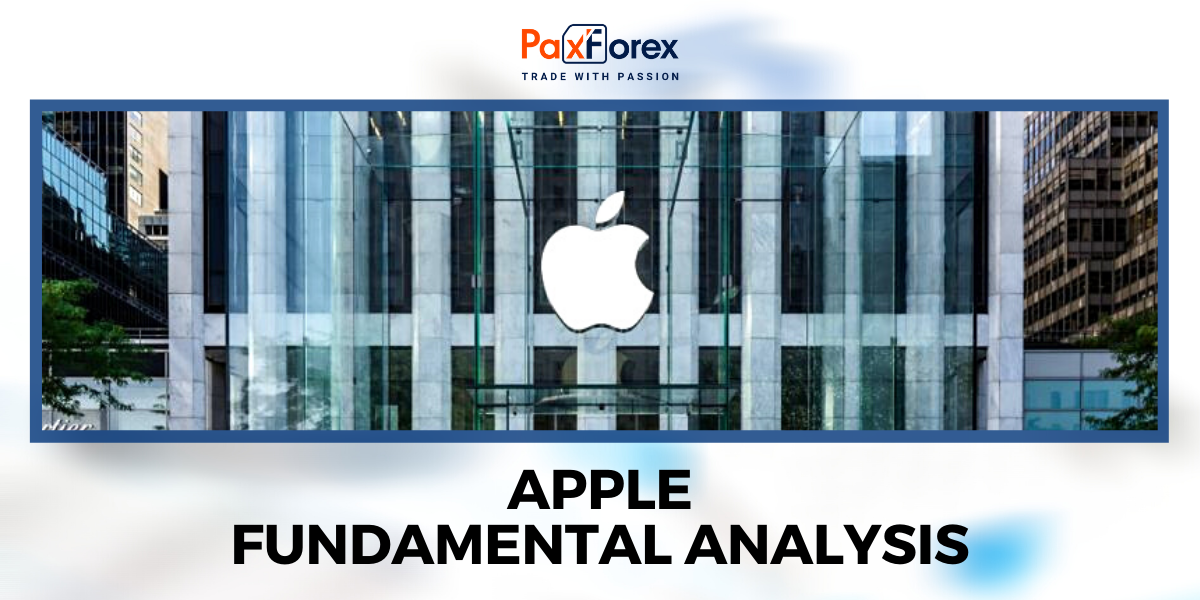 Investors continue to buy shares of Apple. As a result, Apple was the first publicly-traded company on the U.S. stock exchange, which reached a market value of 2 trillion U.S. dollars.
But it also means that investors will have to wait for the market capitalization of 4 trillion dollars to double their investment in this company. Furthermore, the valuation has reached levels never seen before in many years. Now the question is whether these benchmarks will deter investors, or whether Apple will continue on its way up. Now is the time for investors to decide whether the current price is the maximum for the tech giant or whether it will keep up increasing.

In recent days, Apple is showing more and more new achievements. Since falling to its intraday low of 2020, which was $212.61 per share in March, it has continued to rise. Moreover, the announcement of a 4-to-1 split right before the market capitalization reached $2 trillion. It also happened just two years after Apple became the first American company to reach the $1 trillion market cap.
As Apple's share price crossed $500 per share, this buy wave also brought Apple's estimated value to levels unseen in recent times. It took Apple years to increase its price to earnings ratio (P/E) to above 20. However, the average forward multiplier in 2019 rose to almost 22.2. Today, this forward P/E ratio is about 32.
Mega-technology companies such as Microsoft and Alphabet have been trading at higher prices for some time than Apple. Now it seems that Apple has finally caught up with other technology giants in terms of investor interest.

Interestingly, the company may, to some extent, owe its success to the coronavirus pandemic. Apple has just reported its earnings for the third quarter of 2020. Many of the sales growth figures were for products that recorded anemic growth in previous quarters.

Many people have turned their backs on Apple because iPhone sales, which account for just over 44 percent of the company's revenue, have lost some of their ability to stimulate sales.

However, iPhone sales increased by 2% in the last quarter compared to the previous year. Although it looks sluggish, it is impressive given that most analysts expected a slowdown in sales ahead of the Apple 5G iPhone release this fall.
However, thanks to a sudden, increased demand for work from home, the PC saw a revival in demand. The Mac, iPad, consumables, and services all experienced a double-digit jump in revenue.
This increase in sales led to an 11 percent increase in total revenue, while diluted earnings per share of $2.61 meant an 18 percent increase over the same quarter last year.

Apple's growth is likely to continue, experts believe. Before Wedbush analyst Dan Ives predicted that by 2023 the upper limit of the market would rise to 3 trillion dollars, the company's shares barely managed to gain 2 trillion dollars. Ives cited the iPhone 12 and its 5G capabilities as the main reason for continued growth.

Time will show if this forecast is correct. A dividend yield of 0.7% is likely to be of little interest to investors. Even though the payout has been increasing every year since 2012, Apple's liquidity of about $193.6 billion should ensure its stability. Moreover, the prospect of a 50% profit in three years may attract investors, who otherwise may hesitate to buy shares with the high estimated value.

Also, the pandemic has caused significant growth. In the third quarter of 2019, revenues increased by only about 1% year-on-year, and diluted earnings fell over the same period. While most divisions saw double-digit revenue growth, a drop in iPhone sales led to a decline in overall performance at the time.
Despite record market capitalization, Apple can generate enough growth to support investors looking for high returns. Besides, with plenty of liquidity, and a history of dividend growth, Apple looks like an excellent option for investment.