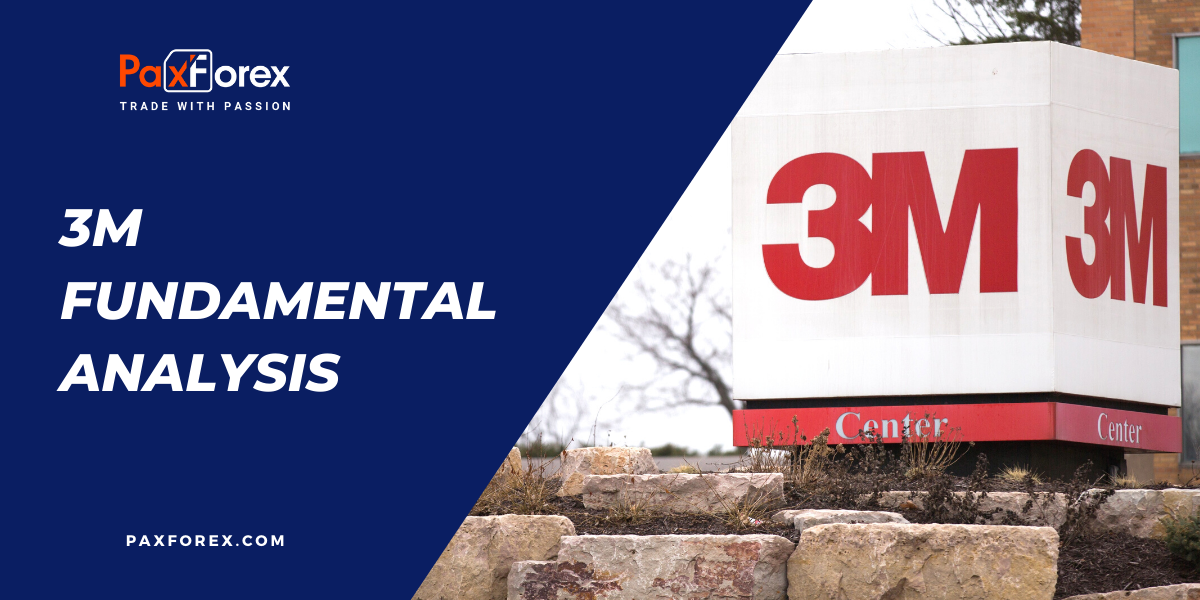 Shares of industrial company 3M fell by more than a third compared to the highs of 2018. It creates an interesting situation for long-term oriented investors. Let's look at some of the key pros and cons to consider before making a final judgment on whether to invest in 3M.

The share price for 3M reached a peak in early 2018 and has now declined by about 36%. Over the same period, the S&P 500 index grew 20%, while competitors using the SPDR ETF Industrial Select Sector as a proxy lost about 4%. Simply put, 3M is behind the wider market and its sector.   Of course, there are reasons for this lag. For example, ten years ago, a company's average revenue growth was expressed in high single-digit numbers, while its average revenue growth was expressed in high single-digit numbers. By 2019, the last full year of the company's operation, these figures had fallen to low single-digit numbers with long-term revenue growth and high single-digit average numbers with revenue growth. Management is trying to cut expenditure and resume growth. But the impact of the pandemic on some of these plans has, at least temporarily, overshadowed. Also, the company is facing litigation over some of its products and manufacturing facilities. It is a challenging issue to quantify, and litigation has been going on for many years now. The management is working to resolve this issue, but there is no suitable way to accelerate this process. The final cost can be in the billions of dollars. However, with a market capitalization of over $90 billion, 3M is not a small company. It is more likely to be able to cope with a significantly negative outcome. Some analysts fear the dividends may be cut, but history suggests that 3M will work hard to protect its dividends.  The downturn has raised 3M's yield to about 3.6 percent. Using the dividend yield as an approximation to estimate, we can assume that the stock is quite cheap today. The yield is also high relative to the average industrial stock (Industrial Select Sector SPDR ETF has a yield of only 2%) and S&P 500 (yield of about 1.7%).  Its attractiveness is enhanced by an impressive dividend history. The company has been increasing its dividends annually for over 60 consecutive years. The last increase occurred in February.

In the meantime, its business is quite diversified. The company is divided into four segments: security and industry, transport and electronics, healthcare, and consumer sector. Under these broad groups, meanwhile, there are more than two dozen different businesses. It operates in more than 70 countries around the world, with about 60% of its business being overseas.
One of the most interesting things about 3M is its focus on research and development. It has a long history of creating new products and then using basic technologies in other areas of its business. Over the past 12 months, 3M has spent about 6% of its revenue on research and development, or nearly 2 billion dollars. If a company can come close to comparing its successful history with research and development, it must have a bright future.

In fact, based on a company's long history of innovation, it is likely that its R&D efforts will help it grow again in the right direction. However, given its size, it is unlikely to become a super high growth company. Slow and steady growth is more likely, with ups and downs based on economic activity.

All these positive things aside, one cannot help but notice that 3M is heavily affected by the global economic impact of COVID-19. Sales fell by nearly 12 percent in the second quarter, while adjusted earnings per share declined by about 16.5 percent. Revenues fell in each of the four groups, although demand for 3M health and safety equipment was strong. However, this is not the case only for 3M; most of its colleagues face similar difficulties.

3M has a rich history, especially on the dividend front, and today looks relatively cheap. For long-term investors, however, the positive aspects here probably outweigh the negative ones. If you have resilience, now would be a good time to buy shares in this relatively lucrative industrial giant.