Is a Brexit Deal Possible?

In less than 48 hours the EU summit will start and both sides are racing to put a deal together. Boris Johnson, the British PM, wants to have a deal by the end of the summit which he can take back to Parliament. He has urged MPs to back any deal he will bring back from Brussels so that the UK can finally deliver on the Brexit referendum and leave on October 31st 2019. Optimism is now on the rise and after the British Pound reached a three-month high it started to pull back as time is running out. The UK has earlier submitted a revision to its proposed Brexit deal in order to clarify custom rules for Northern Ireland.

EU Chief Negotiator Michel Barnier sounded more optimistic than usual after meeting his counterpart Brexit Secretary Stephen Barclay at the General Affairs Council earlier this morning. Barnier stated that “Because even if an agreement will be difficult, more and more difficult to be frank, it is still possible this week. Let me add also that it is high time to turn good intentions into a legal text.” At the same time, Antti Rinne, the Finish PM who currently holds the rotating EU presidency, stated that no agreement will be ready in time for the EU summit. 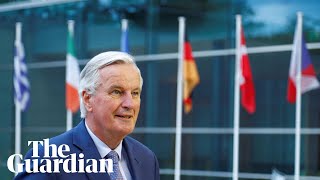 Michel Barnier says Brexit deal will be difficult but is 'still possible this week' 0:52

Simon Convey, the Irish Deputy PM, added “I think on Brexit, the less we say the better. We need to give time and space to Michel Barnier, and his task force, and the British negotiating team. I think it’s pretty clear what we’re trying to do but there are pretty detailed discussions now and we need to give them time and space for that to happen. Hopefully we make progress today on those.” Ireland has the only post-Brexit land border which has remained the biggest sticking point in negotiations.

Despite the pessimism from the Finish PM, the UK remains confident that a deal can be reached. UK Housing Secretary Robert Jenrick stated that “The EU is capable of moving extremely quickly if they wish to. Like any negotiation with the EU, and in fact with any major negotiation in life, everything happens at the last minute. This was always going to be both complicated and come down to the final hours and days, so this doesn’t surprise me. We are going to work round the clock to try to secure it.”

Open your PaxForex Trading Account now and join one of the fastest growing trading communities in the forex market!

UK Made A Series Brexit Proposal

A French official told reporters that the UK made a series Brexit proposal, but that it was too early to claim that a deal will be signed by the end of this week’s EU summit. UK Environment Minister Zac Goldsmith added “I don’t think an extension is necessary. If both sides wish to secure a deal, a deal can be secured. It’s a matter of political will. Where there’s a will there is a way, and that has never been more true than in the case of Brexit.”

Barnier earlier this morning told reported that “Not all that UK has been saying in the last days is totally unacceptable. They have moved in our direction on key points and that’s why I think we still can make significant progress today.” UK Brexit Secretary Stephen Barclay added “Talks are ongoing and we need to give them space.” In the meantime, German Chancellor Merkel noted in regards to a deal that “It’s very, very complicated. We’ll work on it until the last minute.” 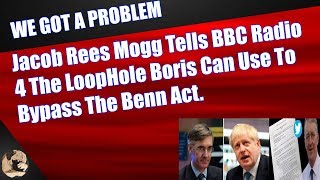 Jacob Rees Mogg Tells BBC Radio 4 The Loophole Boris Can Use To Bypass The Benn Act 6:20

The Leader of the House of Commons, Rees-Mogg, stated “I don’t know what is being discussed in Brussels. Basically, I am trusting Boris Johnson because he has been a Brexiteer before the term Brexiteer existed.” In regards to the Benn Act, he added “Theresa May got an extension not through UK law but through EU law and, until the 1972 European Communities Act is repealed, EU law is superior law in the UK.” Plenty more developments are expected to take place over the next 96 hours. 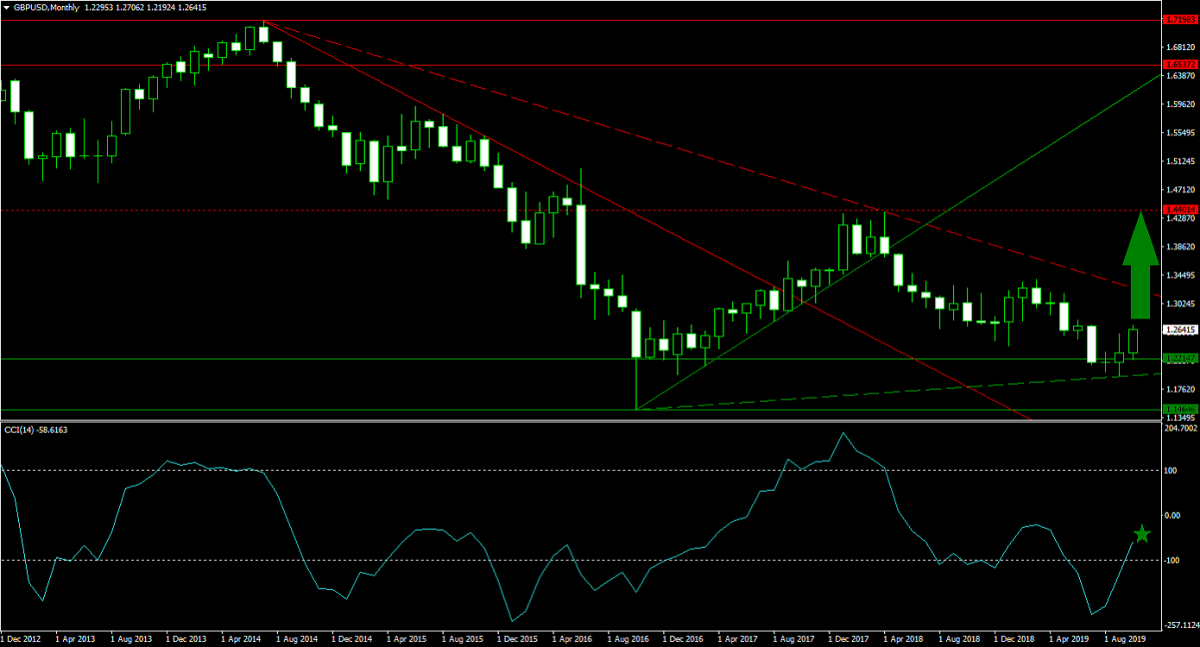 As bullishness is returning to the British Pound, a longer term analysis shows the upside potential if a Brexit deal is announced and passed. The GBPUSD completed a breakout above its horizontal support area, assisted by its secondary ascending support level. Bullish momentum should now take it above its secondary descending resistance level and back into its next horizontal resistance level. The CCI already pushed out of extreme oversold conditions and is favored to complete a bullish momentum crossover. Open your PaxForex Trading Account and earn more pips per trade! 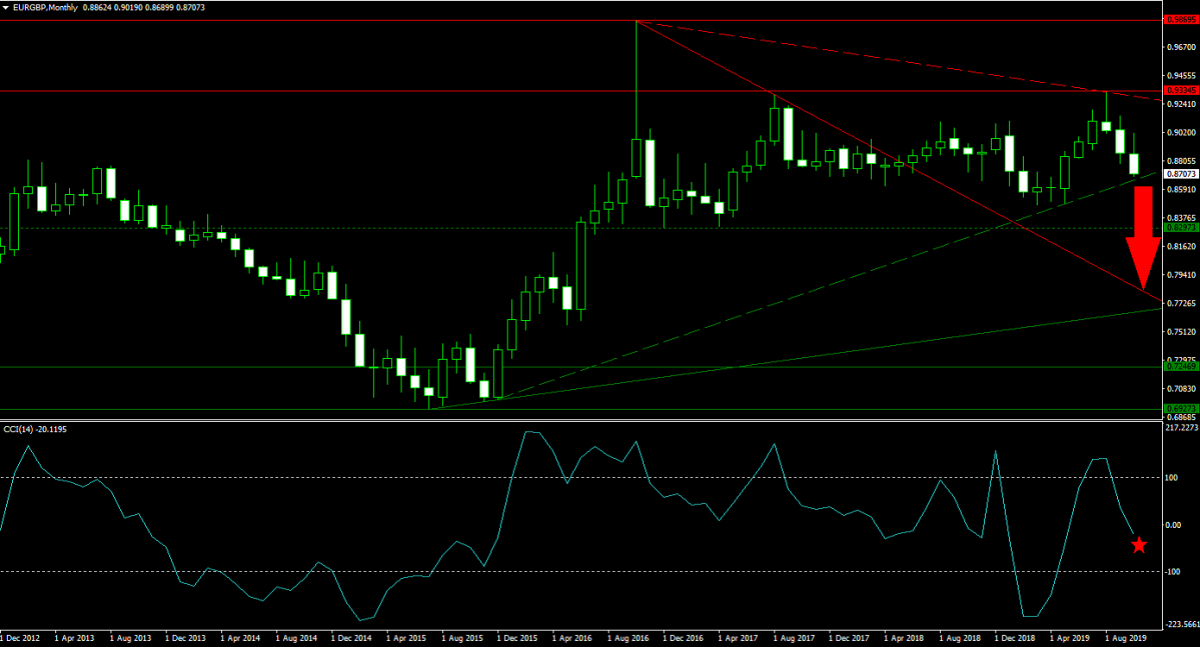 The EURGBP has been contracting for a third month after being rejected by its horizontal resistance area as well as by its secondary descending resistance level. The Eurozone economy is in worse shape than economists expected and the UK has regained the upper hand in negotiations. Price action is expected to complete a double breakdown, below its secondary ascending support level and its horizontal support level, from where it can further descend into its primary ascending support level. The CCI has dropped from extreme overbought territory and completed a bearish momentum crossover. Subscribe to the PaxForex Daily Fundamental Analysis and earn over 5,000 pips per month! 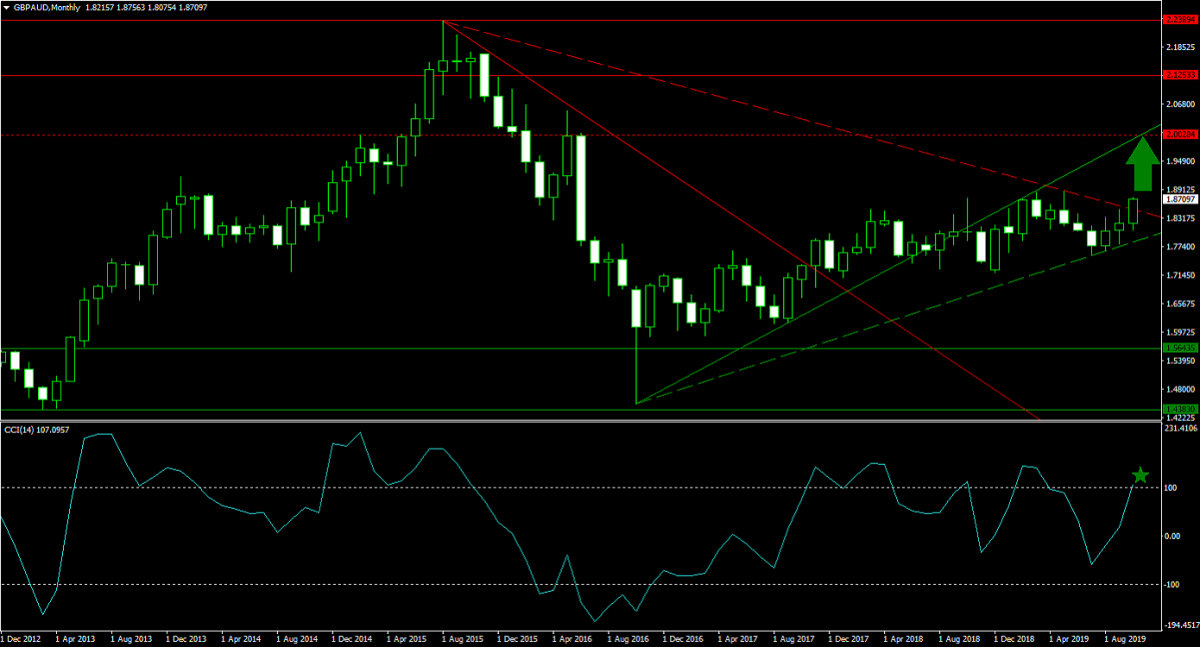 This currency pair just completed a breakout above its secondary descending resistance level with the assistance of its secondary ascending support level. Bullish momentum remains high and the GBPAUD is anticipated to extend its strong recovery and reach the key psychological 2.00 level; especially if there will be an approved Brexit deal and a breakdown in US-China trade negotiations. The next horizontal resistance level is located just above double-parity. The CCI already advanced into extreme overbought conditions, but remains well off its high. Follow the PaxForex Daily Forex Technical Analysis and grow your balance trade-by-trade!