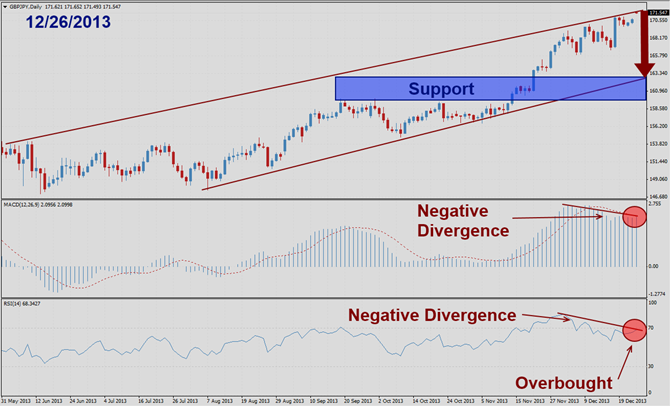 The GBPJPY has rallied as visible in this daily chart (D1). This currency pair has formed a bullish price channel, but is currently trading at the top of its formation and due for a correction. We expect the GBPJPY to top out and correct back down to its support zone which is marked by the light blue box in the above chart.

Here are the reasons why we call the GBPJPY currency pair lower: