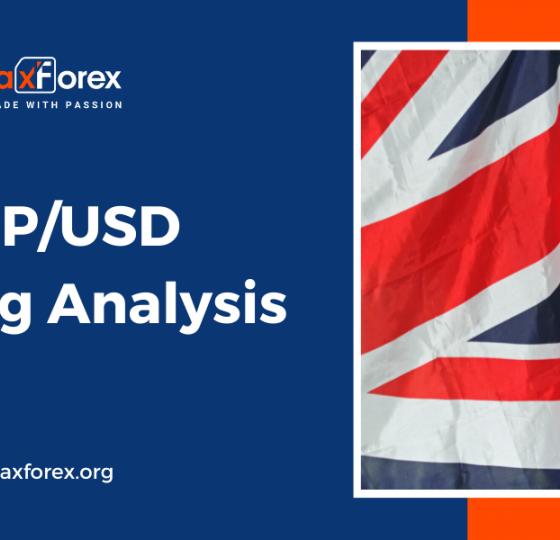 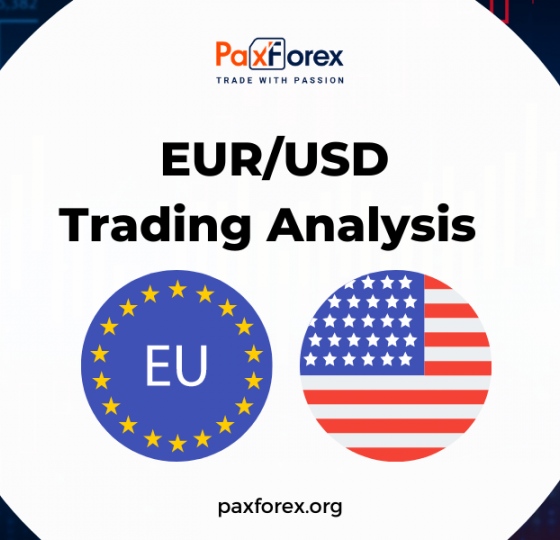 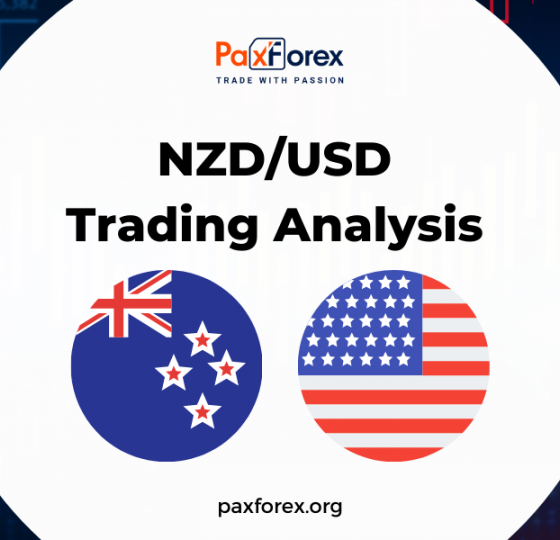 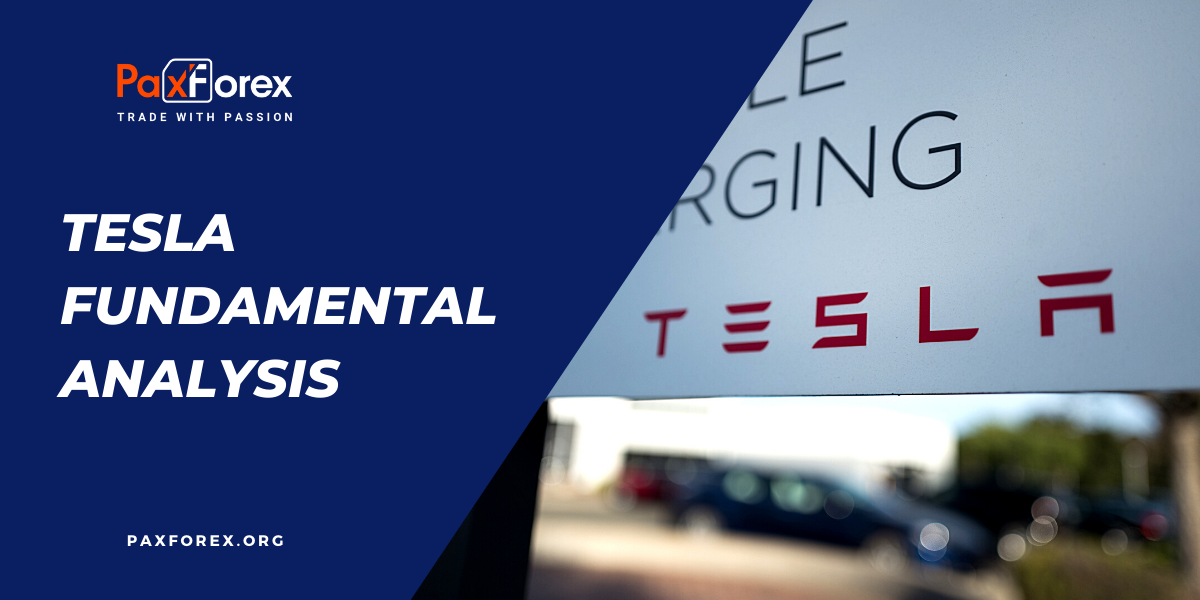 It took a very long time, but Tesla finally did it! One of the "most trendy" shares of 2020 has established itself among the "blue chips", taking its place in the glorious S&P 500 rating. This car startup has become the leading engine of the transition to electric cars.

Elon Musk`s baby was once infamous for its excessively promising and inadequate supplies. Tesla has completely reversed the story since its cash flow crisis last summer. It seems that Elon's overly diligent promises are finally being fulfilled, and Wall Street is paying attention to this.

Musk supplies goods with the advanced world empire of electric cars, which even Alexander the Great would envy.
Today Tesla is the most valuable car company on the planet, which accounts for about 1.5% of the S&P 500. TSLA is ranked 8th in the world by share value, joining the index on December 17.

Tesla shares have continued to grow over the past few days, following news of its planned inclusion in the S&P 500 index. The share price increase this time was a huge price target for Morgan Stanley analyst Adam Jonas.

According to the analyst, in the coming years, the growth of shares may benefit from shifting the business model towards more profitable software and revenues from car services.
These are a few points that explain why Jonas is so optimistic about Tesla shares.

According to Jonas, Tesla has become more than just a car maker. In his opinion, the company is "on the verge" of a significant shift in its business model. This improved business model will include significant revenue from the highly profitable software business continuously. Jonas is so confident in Tesla's future revenue potential from software that he has added revenue from software and related car maintenance services to his business forecasts.

Adding this expected business growth explains almost all of his $180 growth in his 12-month price target. Jonas now expects Tesla shares to grow to $540 over the next 12 months. That's above the previous $360 price forecast.

Given that the new price target represents a significant upside potential compared to the share price of $497 at the time of writing, he has raised his share rating not surprisingly.
Tesla is already generating significant sales from Autopilot software. The company currently charges $10,000 per car for upgrading "Full Self-Driving" to standard Autopilot technology. This price has increased by 100% compared to 5000 USD last May. The price is steadily increasing as Tesla releases new features for the package.

Despite the name of the software package, Tesla cars with the updated "Full Self-Driving" technology cannot drive on their own. But the electric car company has recently released a beta update that allows you to drive some of your cars completely by yourself, provided that the driver is ready to take over the responsibility for driving at any time. Since this feature requires the full attention of the driver, the company has not yet achieved full driving autonomy.

Over time, according to the manufacturer, the new technology may cost more than 100,000 dollars. With such an ambitious view of the potential cost of the technology, it is not surprising that Tesla is beginning to sell the technology by subscription, making it more affordable for customers who do not want to pay upfront. In September, one of Reddit users reverse-engineered the Tesla mobile application to open the "subscription" section and offer Tesla to do just that.

As the upgrade of Tesla "Full Self-Driving" to "Autopilot" becomes more valuable with every new feature that the company releases, it is no wonder that Tesla will build a significant software business over the next five years. Also, subscribing to the "Full Self-Driving" option of the electric car manufacturer could speed up the implementation of this feature, as well as help Tesla to achieve a model of constant profit.

Today, TSLA is experiencing a boom in this long-awaited news, increasing by more than 12% in the open market as the rest of the market sells out.
Finally, Tesla fans can say that I have already told you this, as every S&P 500 fund is going to add this growth machine to their holdings. ETFs, mutual funds, and other S&P 500 tracking tools will manage the application for this fund over the next month.

In the face of the global pandemic and economic recession, Tesla managed to deliver a record number of vehicles. The company is looking ahead to the graceful road, and every quarter the seemingly high TSLA rating is even more justified.

With gigantic factories in the U.S. and China, while the Berlin plant expects to start production next summer, the growing global demand for these electric cars is met with sufficient supply.
TSLA shares have grown 420 percent since the beginning of this crazy year, and some of the most bullish analysts have price points that are more than 30 percent higher than those currently traded.

The inclusion of Tesla in the S&P 500 was a cherry on the cake in this fantastic year for the company and its shareholders. Tesla has consolidated its position in the 4th industrial revolution and will be a big player, continuing to develop advanced electric and autonomous vehicles. 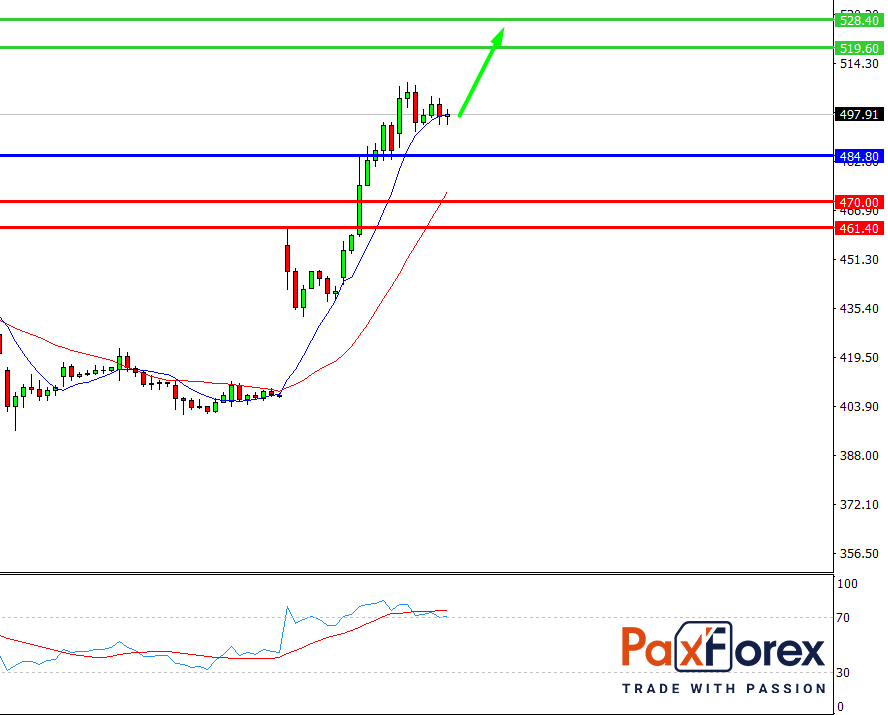 While the price is above 484.80, follow the recommendations below:

If the level 484.80 is broken-down, follow the recommendations below. 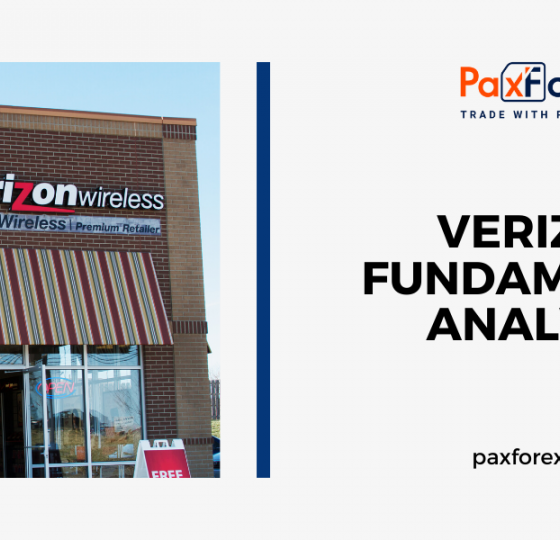 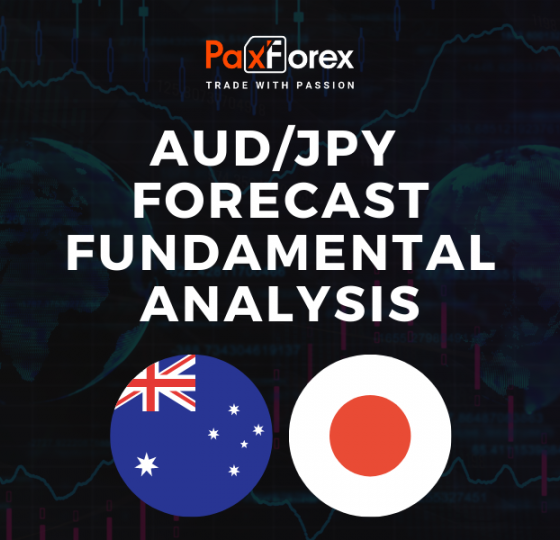 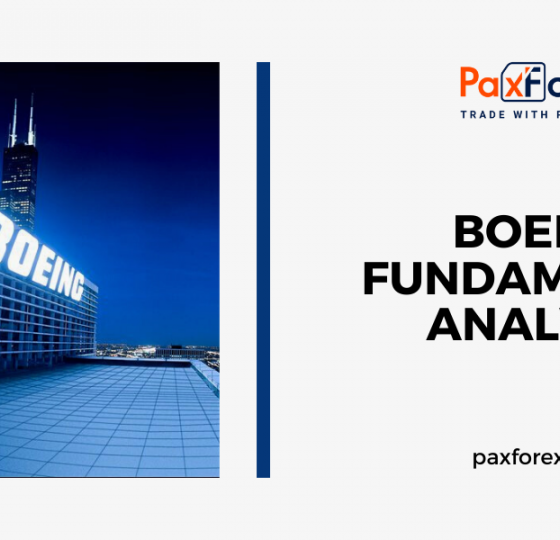