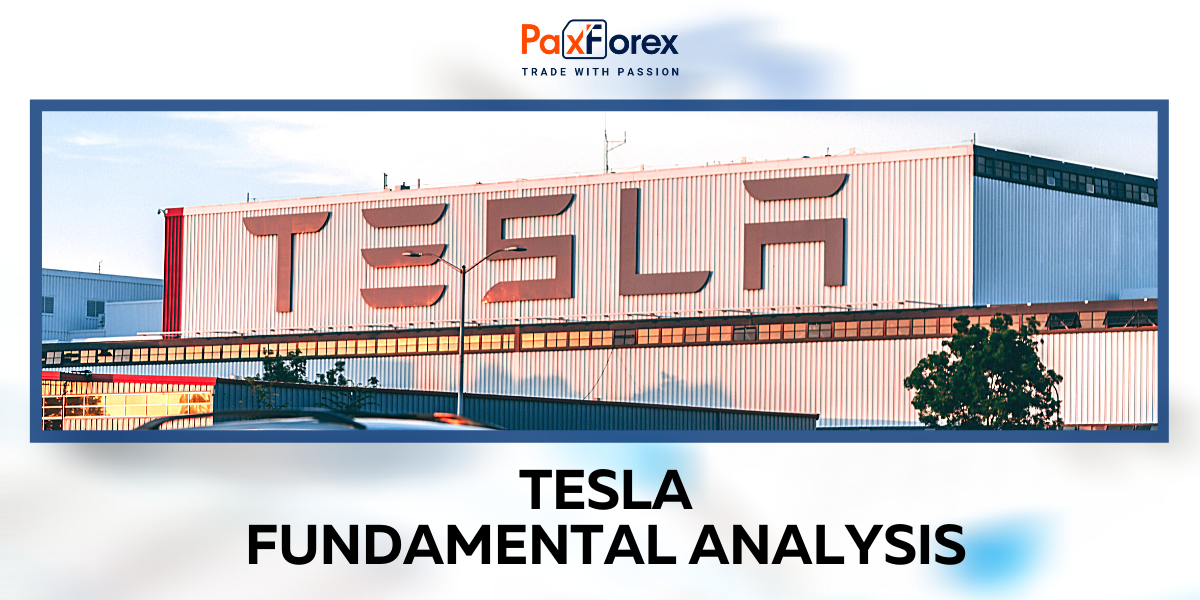 The first split of the electric car manufacturer Tesla in 2020 worked well. Some analysts believe that the time has come for a second split.

2020 was an excellent year for Tesla shareholders. The price of the electric car maker shares started the year at $418 per share, and on December 7 it exceeded $625 per share. It would have been quite impressive even if it had not been for the 5-to-1 split that the company made at the end of August, which gave investors about 650% of the company's profit per year.
The share split in 2020 was a surprise for some Tesla shareholders, especially given the lack of interest from CEO Elon Musk in discussing this topic in the past. However, now that Tesla has shown that it can split its shares at any time when the time comes, some investors are wondering if the company will do it again in 2021 - especially if there is an incentive to do so.
Long before the split decision was made, Tesla had many reasons to consider splitting its shares. When shares first reached three-digit prices in 2013 and 2014 after the successful release of the Model S sedan, some thought Tesla might follow the crushing convention at the time. However, the company eventually joined a growing group of companies that decided not to use the $100 per share sign as a signal for the stock split.

The unadjusted Tesla share price remained in the $200-400 range for much of the second half of the 2010s. It wasn't until February that the carmaker's share price exceeded $1,000 per share, leading some to think that Elon Musk would finally take the opportunity to express his optimism about the company's prospects by taking this step.

Only after the bear market began to correct due to the coronavirus and the company's shares approached $1000 again, the company took a reverse course and approved the split.
Why did Tesla split its stock?

In the end, Tesla's announcement on August 11 of the 5-to-1 share split did not give much insight into the thinking process Musk and other company executives went through in making their decision. The release said only that the goal was "to make share ownership more accessible to employees and investors" - a general answer that countless companies use in such situations.
However, what might have prompted this was Apple's decision to break with the new convention and split the shares. Apple's decision was more reasonable in light of its position in the Dow Jones index, where share prices are vital in determining the weight of each of the 30 components of the average share capital.

Also, Tesla could have foreseen its inclusion in the S&P 500 index, where stock liquidity is an important factor. Having more shares at a lower price does not affect the calculation of how many indices investors should own in Tesla shares, but it can affect trading dynamics. There is one reason why Tesla could do a share split in 2021: to get admission to the Dow. If the share price is higher than 625 dollars, the company will not receive an invitation, because its impact on the Dow will be too great.

But at 125 dollars per share - after another 5-to-1 split - Tesla has a strong case for joining the Dow.

Investors in Tesla should not place too much hope on the possibility of another share split. As the share price continues to rise and the company continues to successfully supply new electric cars to the automotive industry, few of these investors will be too disappointed. 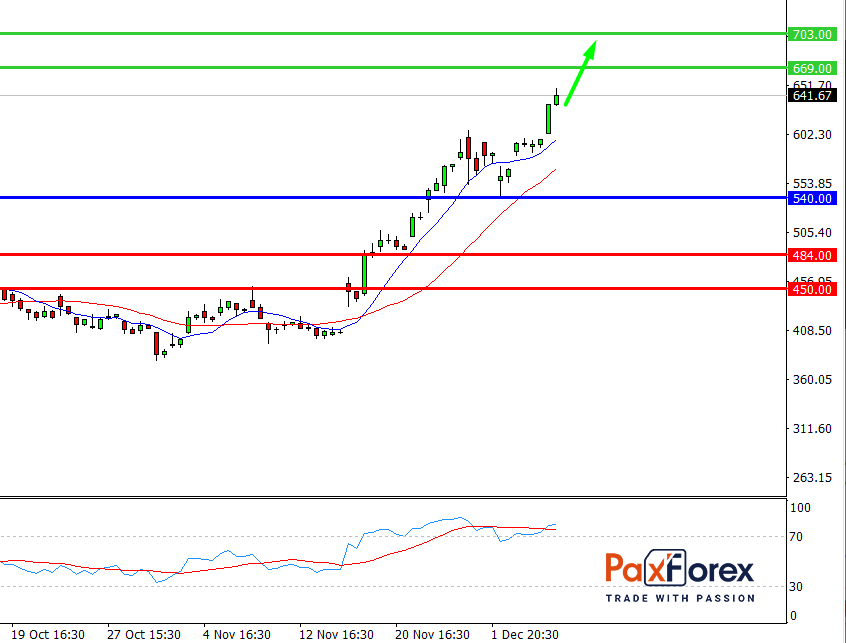 While the price is above 540.00, follow the recommendations below:

If the level 540.00 is broken-down, follow the recommendations below: