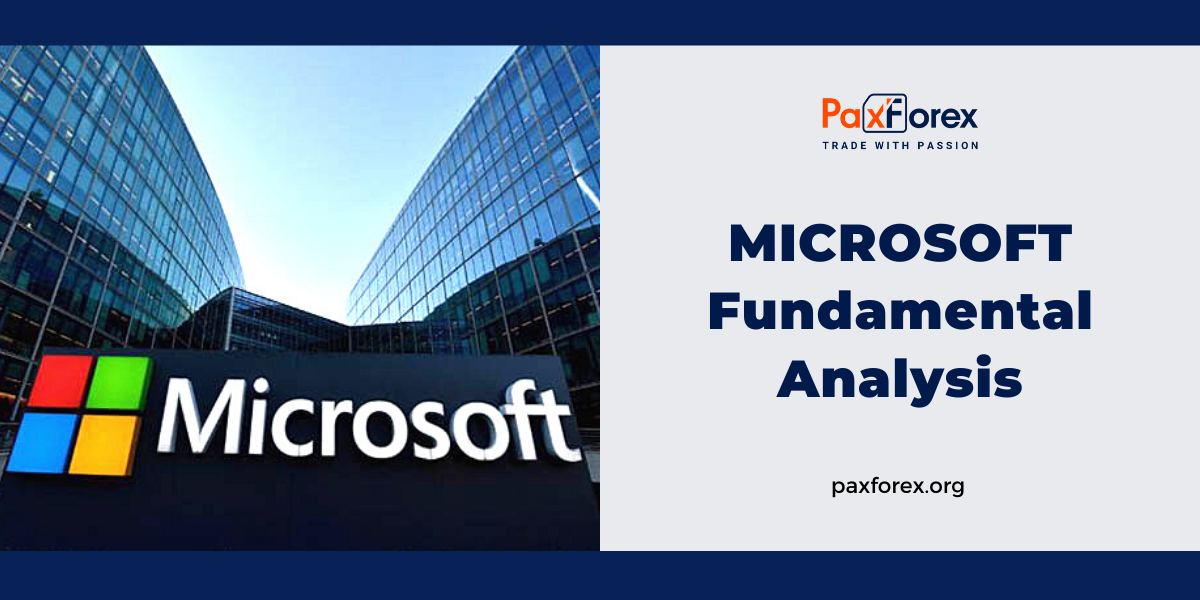 It's hard not to notice that Microsoft is feeling great under CEO Satya Nadella. The stock has risen almost 500% after Nadella took the lead from Steve Ballmer back in 2014, far exceeding the S&P 500's 110% return over the same period.

But some shareholders started to query if the shares have risen too quickly and if it's currently overvalued. That's understandable since the rise in stock price means the company now has a market capitalization of $1.6 trillion. Other investors, particularly those with a long-term perspective, aren't troubled at all and are still convinced that the business still has room to grow. Let's see why those investors are more apt to be right.

The most meaningful move on Nadella's part when he took office was to reposition Microsoft from Balmer's manic focus on devices, leading to the disastrous rollout of Surface RT and the even more catastrophic acquisition of Nokia's smartphone business to instead become a "mobile and cloud-first company."

In terms of mobile strategy, Nadella worked on improving Microsoft's existing Office app for the iPhone and released Office for the iPad within months of the takeover. Such moves have opened up new markets for the company's products. An even bigger change comes from Nadella's advocacy of moving Office software from a licensing model to a SaaS (software-as-a-service) model. The new software package, now called Microsoft 365, has allowed regular billing and more consistent revenue from the widely popular product.

This transition is still paying off for the company. In the fiscal year 2020, Microsoft announced a full-year revenue increase of 13 percent in the productivity and business process segment, thanks to Office Commercial and Consumer subscriptions. The move to the SaaS model is based on Microsoft's use of its Azure cloud. Azure's growth has been slowed recently, but the company continues to build on its momentum.

The future continues to look bright for this company. The expansion into artificial intelligence and Internet of Things (IoT) services and products is just beginning. The massive amounts of data needed to deliver autonomous vehicles, robots, and other devices to the Internet, IDC estimates, will require 175 zettabytes (each zettabyte equals 1 trillion gigabytes) of global data by 2025. The most cost-effective way is to store all this needed data in the cloud, providing growth opportunities for cloud leaders like Microsoft Azure and Amazon Web Services (AWS) for years to come.

Starting from a distant second place in market share, Microsoft Azure continues to narrow AWS's lead in cloud computing, largely through a stronger full-stack offering, from a basic infrastructure-as-a-service (Iaas) tier to a SaaS product for end-users. This advantage is crucial since AI will need more than just storage. Cloud providers that can offer a full suite of business intelligence and data analytics tools will continue to gain share in this sector.

The biggest argument against buying Microsoft stock at the moment is the value of the stock. Valuations around the world, but especially in the technology sector, have been stretched thin by the rush to invest in the stock market caused by near-zero interest rates. Microsoft currently trades at 35 times revenue, which is at the top of its 10-year historical valuation.

Despite this high valuation, Microsoft stock is not that expensive compared to the overall market. The S&P 500 is currently trading at 38.3 times earnings and has not produced nearly as much growth in stock prices (on average). The S&P 500 as a whole is also now showing negative growth rates; Microsoft is expected to increase its already huge top line by about 10% in the current fiscal year. Fear not of Microsoft's massive market capitalization; the company has everything it needs to continue to grow its top and bottom lines for years to come. 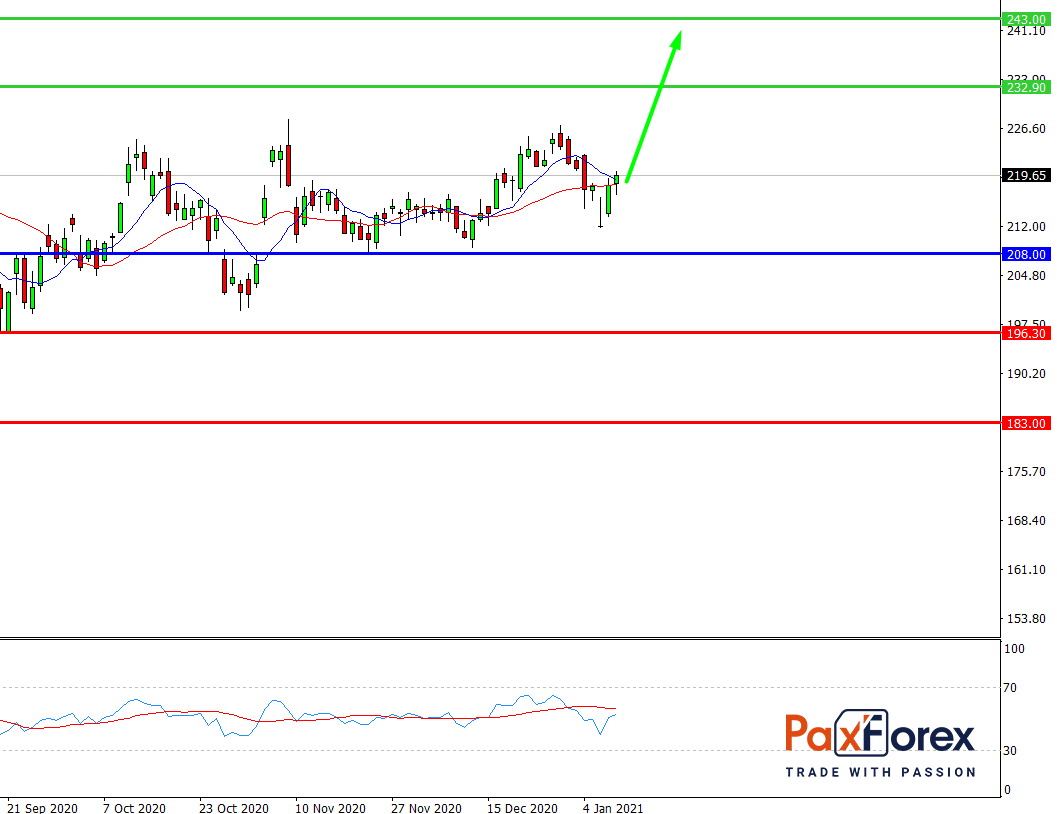 While the price is above 208.00, follow the recommendations below:

If the level 208.00 is broken-down, follow the recommendations below: