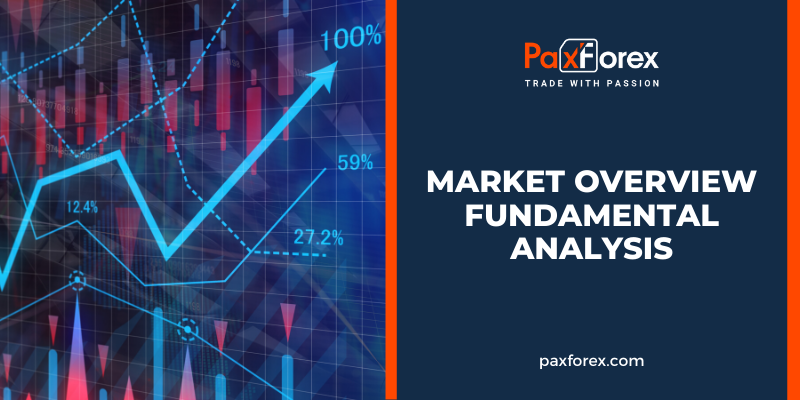 Many companies' income reports are expected this week, and economic statistics will provide detailed information on the impact of COVID-19 and quarantine measures on the economy. Investors' attention will be focused on coronavirus-related events and how quickly companies can resume their operations.  This week 20% of S&P 500 companies will report on their results for the first quarter. Also, important economic statistics are expected to be published this week, such as Unemployment insurance initial claims, orders for durable goods and sales on the domestic market. European Union, in turn, will release reports on business activity index for April, the United Kingdom will publish statistics on unemployment, inflation, and retail sales.
The main economic data for this week:

Donald Trump said on Saturday that in the states of Texas and Vermont on Monday, some businesses are resuming operations, but respecting the precautions associated with COVID-19. Meetings calling for the lifting of quarantine measures have spread to Texas. U.S. President Trump tweeted on Friday calling for the "liberation" of Michigan, Minnesota, and Virginia, where Democrat governors are leading the way. The current U.S. President Trump advertises the prosperity of the economy as the best reason to re-elect him in November's presidential election. Some states, such as Ohio, Michigan, Texas, and Florida, said they plan to open some companies by May 1 or earlier. U.S. Vice President Mike Pence said the state has enough tests for COVID-19 to start the country's first phase of reopening companies, while health care officials say the country currently lacks enough tests and the necessary equipment.  The United States of America has the highest number of COVID-19 infections to date: more than 720,000 confirmed cases and more than 37,000 fatalities.

This week more than 100 companies of the S&P 500 index will provide data on their work results. Investors are still analyzing the fact of the market surge, due to which last Thursday the index rose by 25% compared to the March low. Among them are the largest industrial, technological and consumer goods companies. Investors will closely monitor the quarterly reports of companies, as well as expect absolutely any hints about economic recovery.

The increase in initial claims this week may fall again as reactions to quarantine measures begin to weaken. In April, more than 22 million U.S. citizens applied for the benefit as the closure of companies and educational institutions, as well as restrictions on movement, dealt a heavy blow to the economy. Analysts expect a sharp drop in demand for durable goods due to weak production data and the collapse of the oil and gas sector caused by the collapse of commodity prices. Also, this week is expected to publish data on housing sales in new buildings and the secondary market and business activity index, which is expected to fall further.  The Fed meeting is scheduled for April 29.

The consensus forecast of EU PMI data for April, which is expected on Thursday, is likely to be very negative. Overall European PMI, including services and manufacturing, fell to a low of 29.7 in March, the lowest level in the index's history since its study in 1998. Also, a report on the PMI from ZEW and LFO institutes is expected to be published, which will show the state of the largest economy in the Union, Germany, as the government is going to relax the restrictive measures related to COVID-19. EU finance ministers will meet on Thursday and continue discussions on the creation of an EU fund to accelerate economic recovery.

The scale of the economic impact of the pandemic in the UK is likely to be greater than that of the global financial crisis.  Analysts expect Retail Sales figures on Thursday to fall by about 10%, but this figure may be higher if we take into account other data on spending. The consensus forecast of the country's PMI is expected to show a sharp slowdown in business activity. During the week, the unemployment and inflation reports are also expected to be updated, with a special focus on investors and analysts.