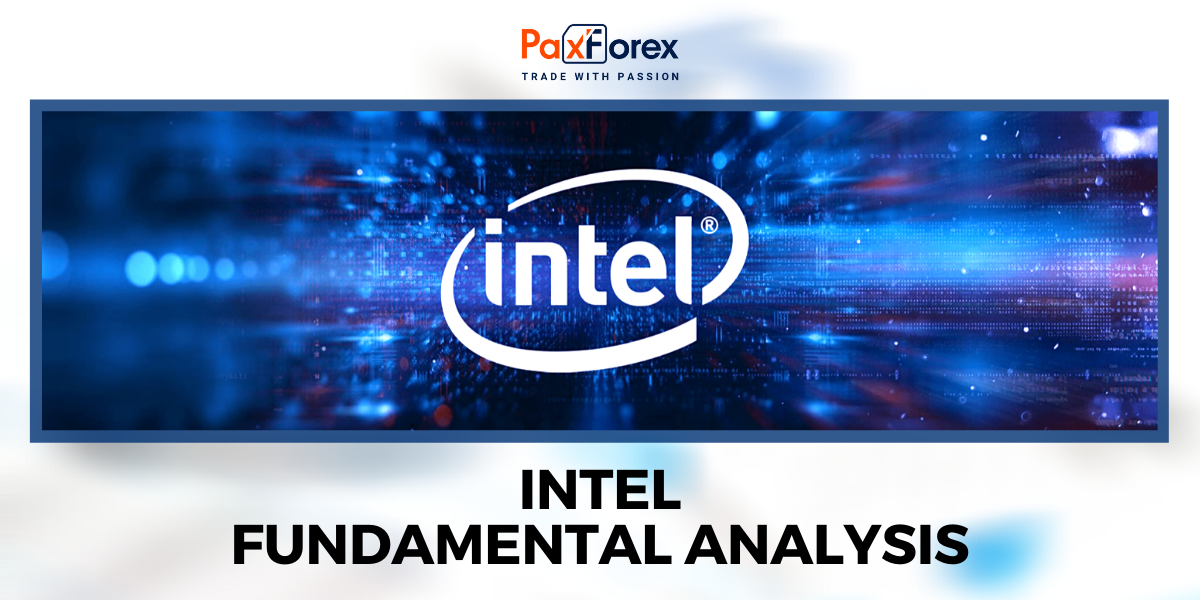 Intel shares recently jumped after the chipmaker announced a $10 billion buyback plan, completing a five-month postponement during the COVID-19 outbreak.

Earlier last October, Intel launched a $20 billion buyback plan and already bought back $7.6 billion before the suspension. The new expedited buybacks are a continuation of this previous program.

Intel spent $10 billion on August 21 on the buyback, originally getting 166 million shares with additional shares. Intel's aggressive move suggests that its shares are undervalued after the fall at the end of July, but a large buyback will not resolve the most significant problems.
Intel's problems began at the end of 2018 when the complex construction of 10nm (nm) chips led to a 14nm chip deficit at its own foundries. This shortfall allowed Advanced Micro Devices, which outsourced its latest processors to Taiwan Semiconductor Manufacturing, to take its proper position in the PC market.

Meantime, TSMC outperformed Intel in the "chip race" for smaller chips, which enabled AMD to originate the first 7nm processors to the first 10nm Intel processors. AMD 7 nm processors are technically similar to Intel 10 nm processors, as their nodes are contained in other ways. But AMD chips show the same performance as Intel chips at much cheaper prices.

Intel investors were expecting that the factory would be able to jump from 10 nm chips to 7 nm chips without stumbling again. But last quarter Intel indicated that the 7 nm chip processor is "about a year behind its internal target" and that those first chips will only appear in 2022 or 2023.

A stock buyback is reasonable when businesses have nothing to spend their extra cash on. It is pointless when a firm strives with performance problems, product flaws, and loses its main market to a much smaller competitor.

Intel generated free cash flow of $10.6 billion in the first half of 2020 and expects to generate $17.5 billion in FCF throughout the year. At the end of the second quarter, it had $25.8 billion in cash, cash equivalents, and investments, so it can easily afford to spend $10 billion on a buyback.

Intel only anticipates spending about $15 billion on capital investments this year, opposed to $16.2 billion in 2019. This low capital investment can be explained by COVID-19 interruptions, Intel's arrangement to outsource its Ponte Vecchio GPUs to TSMC, and a severe contrast to 2019 dynamic potential expansion attempts.
But even if Intel is satisfied with its current manufacturing capabilities, it can use $10 billion on investment and purchases to develop its car, computer vision, and memory chips business. It can even partially fund a bid for ARM Holdings from SoftBank, which is reportedly in the process of negotiating a buyout with NVIDIA to take its biggest competitor in CPU architecture and expand its business beyond x86 chips.

Overall, Intel should cease striving to solve its problems by the buyback. It will briefly increase its profits and slightly reduce its estimate, but it will not help the chipmaker to regain its advantage in the competitive semiconductor market.