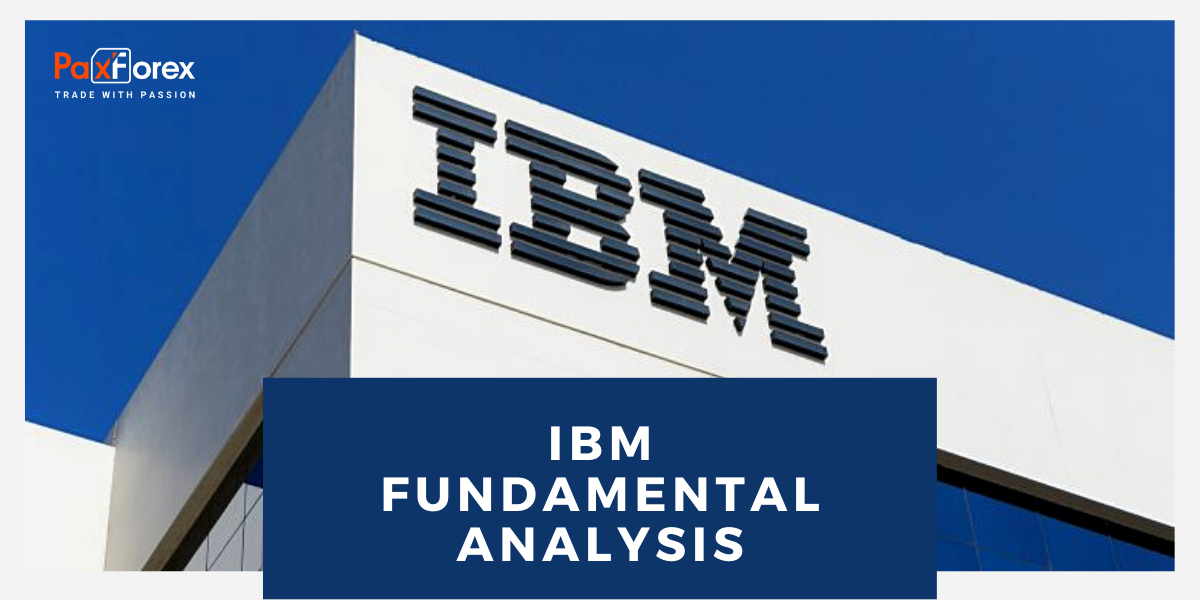 Unlike numerous innovative cloud companies that have demonstrated strong revenue growth over the past few years, the debt loaded giant IBM showed disappointing second-quarter results with shrinking earnings and earnings per share. Also, management has not yet provided guidance for the entire year due to the uncertainty caused by the coronavirus.

Nevertheless, IBM's move to cloud computing is gaining momentum, and the market is evaluating the company with a modest forward profit multiple of 11.9.

The Q2 revenues of $18.1 billion beat analysts' estimates by $403 million, but still fell by 5.4% year on year. At the same time, taking into account the withdrawal of assets, and the impact of currency, the fall in profits recovered to 1.9%. Nevertheless, the results are still humble, as the income was increased by $867 million due to an additional supplement from the acquisition of Red Hat for $34 billion in July 2019.

While reporting the quarterly earnings, CFO Jim Kavanaugh noted that some of their businesses were affected since multiple customers preferred operating expenditures over long-term plans. For example, earnings from IBM's transaction platforms fell 14 percent year on year to $1.7 billion due to the difficult economic situation caused by the pandemic.

Nonetheless, the company's transition to cloud computing is a serious advantage. The overall cloud revenue growth hastened to 34 percent in constant currency, compared to 23 percent in the previous quarter. And with revenues of $6.3 billion in the 2nd quarter, they accounted for 34.8% of total revenues, compared to 25% a year ago. A key element of these impressive results is the company's focus on the hybrid cloud.

IBM's transit to a hybrid cloud signifies a vital increase possibility. A study from IDC's research and development department estimates that 90 percent of businesses worldwide will use multiple clouds by 2022. IBM assesses the hybrid cloud market at $1.2 trillion, with almost half of that being transformed into services that can be used in the company's consulting business.

After the acquisition of Red Hat, IBM will be able to maintain its significance in the hybrid cloud market. IBM hybrid cloud offer is designed with the help of Red Hat and Kubernetes technology, which has become the standard in cloud environments. And Red Hat's OpenShift platform links these technologies to management and integration.

Besides, the Spanugo and WDG Automation acquisitions stated over the past several months will expand IBM's cloud portfolio with additional cybersecurity and AI capabilities.
Despite IBM's move to this engaging hybrid cloud opportunity, the market seems to appreciate the company with the help of its disappointing performance in the past. The company's market capitalization is only 10.2 times higher than its 12-month free cash flow of $11.5 billion.

At the same time, its net debt of $50.4 billion at the end of last quarter, compared to $53.9 billion at the end of 2019, prevails crucially. But the dividend designates an annual cash outflow of $5.8 billion, which reduces net debt without risking the company's status as Dividend Aristocrat (at least 25 following years of dividend raises). IBM also holds an undrawn loan of over $15 billion apart from $14.3 billion in cash and liquid securities.

As IBM's estimate does not seem to consider its exposure to the tremendous potential of a hybrid cloud, the upside to IBM shares will be realized if the giant cloud companies continue to show sustainable income increase. Keeping in mind the company's strong portfolio in this area through the acquisition of Red Hat, the risk/profit ratio looks winning, making it a good case to pay attention to the company's shares.