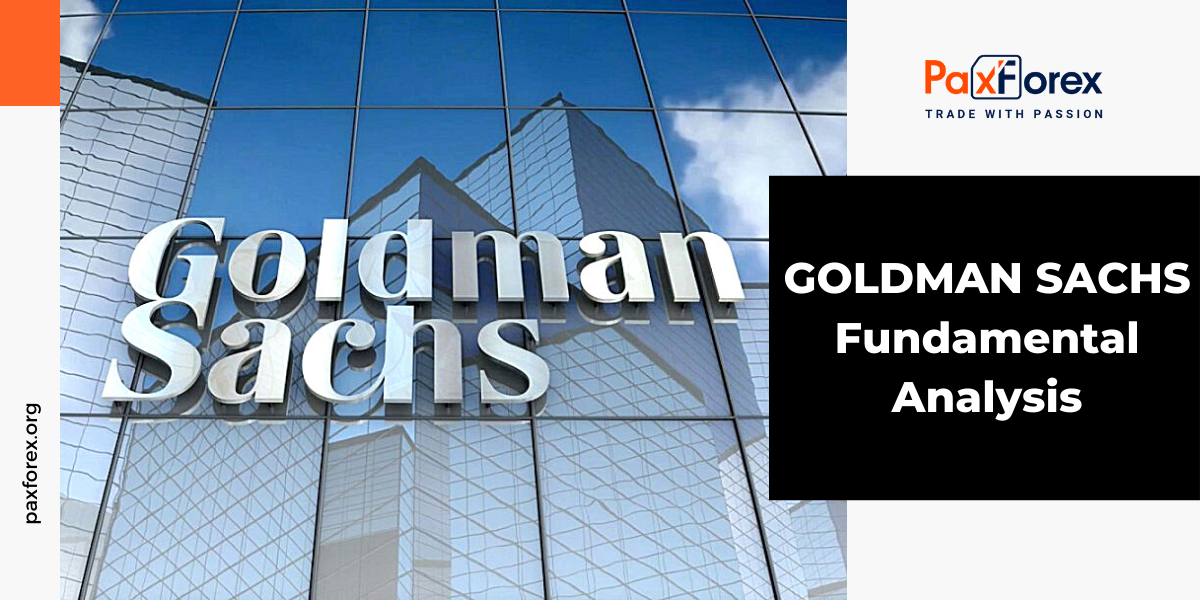 One of the world's leading investment banks recently reported on one of its best quarters, and it trades below its tangible book value. It should tell investors everything they need to know when considering whether or not to buy Goldman Sachs shares now. The bank has all the necessary elements to thrive during the ongoing coronavirus pandemic and is positioning itself fairly confident in the future. Let's look at this issue in more detail.

The outbreak of this year's pandemic hit the banking industry, but investment banks were able to find success in their underwriting and trading business. Goldman Sachs reported a profit of nearly $3.5 billion in the third quarter, almost twice as much as in the third quarter of 2019. The quarter reported good profits in the trading business, which includes fixed income products and stocks, as well as an asset management division. Overall, all four of Goldman's business units grew year on year, with the investment bank benefiting from several high-profile initial public offerings and Goldman's consumer business winning in wealth management and credit card lending.

Since Goldman is primarily an investment bank, its consumer credit operations are relatively small compared to other major banks such as JPMorgan Chase. Therefore, now the bank is not as concerned about large loan losses as others. Its total loan loss reserve at the end of the third quarter was 4.33 billion dollars. Compare this with JPMorgan, which had a reserve of more than 30 billion dollars. These two companies are, of course, very different, but this gives you an idea of the overall risk that Goldman is now facing, compared to other large banks with huge loan portfolios.

To accomplish this, Goldman is developing its asset management as well as consumer and wealth management divisions, including the Marcus Digital Consumer Bank. And these efforts seem to be really paying off this year. Revenue from asset management increased by 71 percent in the third quarter compared to the third quarter of 2019 and by 32 percent compared to the second quarter of this year. Also, the Consumer and Wealth Management division's quarterly revenue increased by 13% year-on-year and by 10% quarter-on-quarter.

In particular, while Marcus still represents only a small part of Goldman's business, its quarterly revenue increased by 50% compared to the third quarter of 2019. Perhaps more importantly, every new product launched by a consumer bank seems to be bearing fruit. Marcus raised $96 billion in deposits and launched the Apple Card, an initiative Goldman has described as "the most successful credit card launch ever". At the end of the third quarter, the company said it has 3 billion dollars in total loans received with the Apple Card.

The bank plans to release many more consumer banking products, and recently, in partnership with Walmart, offered sellers in the market credit lines ranging from $10,000 to $75,000. "We are committed to managing people's financial lives," said Stephanie Cohen, Goldman Sachs Director of Strategy recently, adding that Goldman wants Marcus to eventually become a full-service bank.

On Wednesday, Goldman shares traded at about 93% of book value, with the profit price being a multiple of about 11.5 times. However, it has just had one of the best quarters in history and is working to diversify its earnings for the future. It should make Goldman's profit more stable and provide a higher valuation of the company by investors and analysts. Most analysts now agree that the bank's shares are now undervalued, which means it is time to buy. 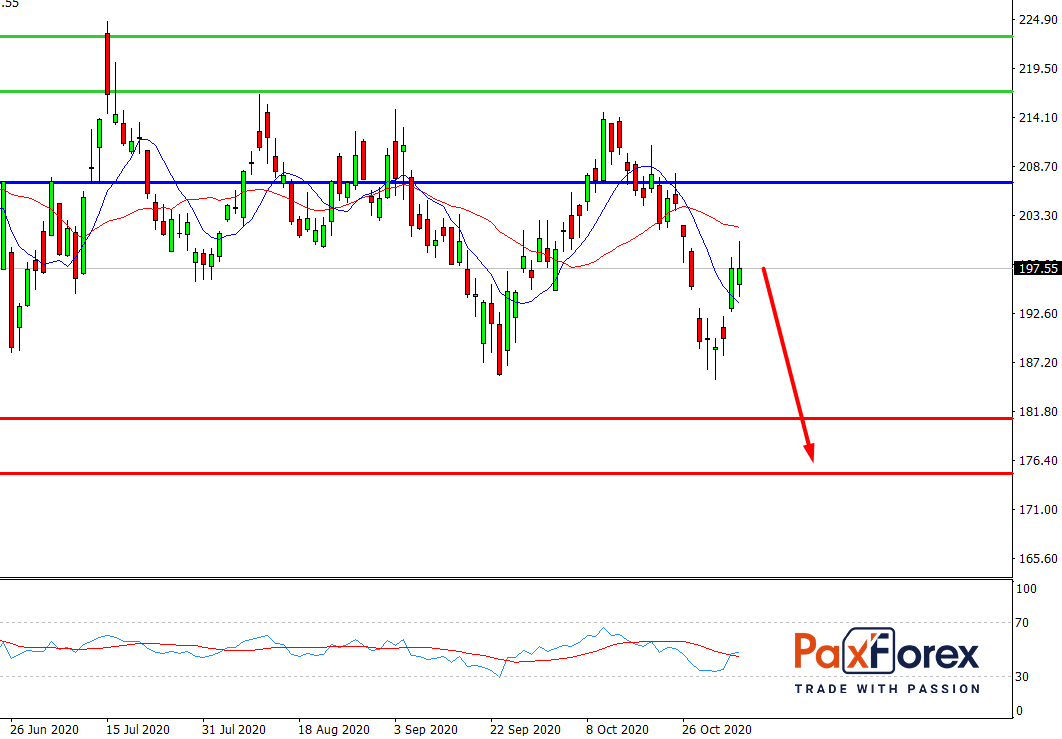 While the price is below 207.00, follow the recommendations below:

If the level 207.00 is broken-up, follow the recommendations below.