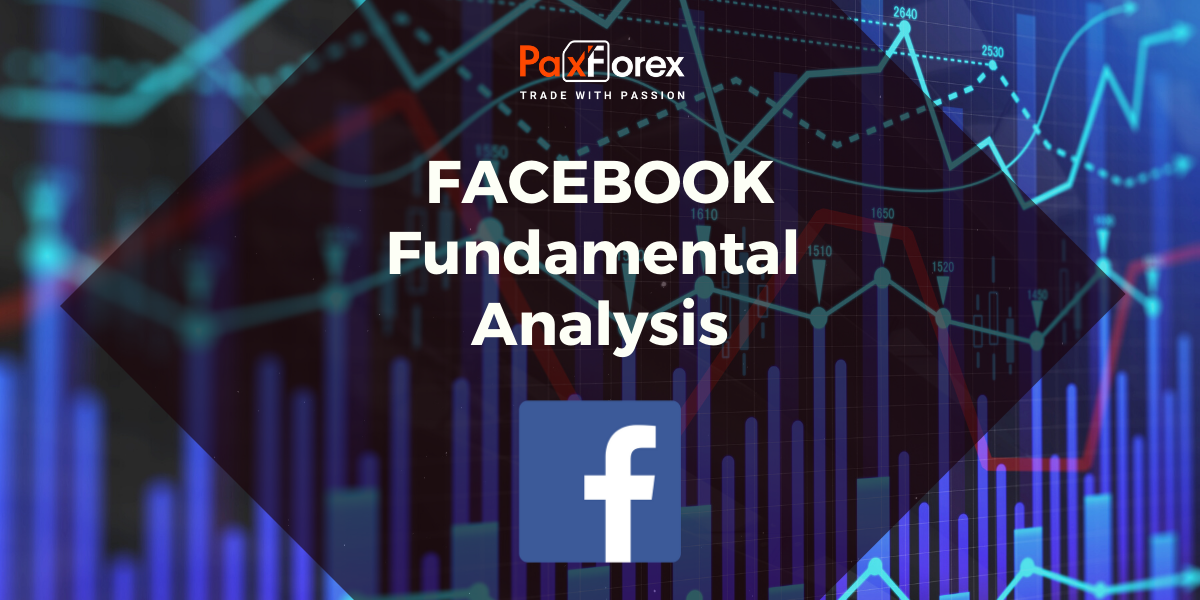 This year Facebook has regained its reputation at FANG, by proving that all those who doubt are wrong. Facebook's second-quarter revenue beat Wall Street assessments. Sales increased by 11 percent over last year despite the pandemic that pushed the global economy into recession. Even additional pressure from a loud advertising boycott in July couldn't keep Facebook revenue from growing by 10% at the beginning of the third quarter.

Now Facebook shares have one more worry to overcome. Chief Executive Officer Zuckerberg testified in the antitrust department of the Federal Trade Commission about the social media giant last month. The FTC is now reportedly preparing to file an antitrust suit against Facebook. No final decision was made, but Facebook shares dropped after that announcement.
Nevertheless, Facebook still has a lot of positive catalysts as it ramps up its e-commerce and takes over TikTok.

The Wall Street Journal's announcement that the FTC is preparing to file a lawsuit pending a final decision is not a big surprise. Previously, the FTC had made it clear that it would carefully review large mergers. On February 11, the FTC told Facebook and other major tech companies to submit documents related to small acquisitions between 2010 and 2019. FTC wanted to determine whether small deals are not harmful to competition.

If the FTC investigation turns into an antitrust case, it could take years for the trial to take place. However, there may be a shorter-term risk for Facebook shares. FTC may try to prohibit Facebook from completing the integration of its Messenger, WhatsApp, and Instagram objects.

Announced in March 2019, the integration will allow users of one site to communicate privately with users of all Facebook platforms. Facebook Pay, launched in November last year to simplify and unify the processing of payments through Facebook and Messenger, will eventually be on Instagram and WhatsApp. However, the integration can make it technically difficult for regulators.

Facebook was relieved of certain pressure from government authorities in July 2019, when the FTC approved a large but manageable $5 billion fine for privacy violations. Since then, Facebook has allowed Cambridge Analytica, the Trump campaign contractor, to access users' data to send out reports about the 2016 election. The settlement has removed fears that the government will force Facebook to make significant changes in business practices. If the FTC decides against the antitrust suit, Facebook's shares could take off.

In May, the company launched its new social and media shopping center Shops. Now it takes on TikTok with the recently launched Instagram Reels. And long-term efforts to monetize the massive database of WhatsApp users are just beginning.

However, a move by Trump's administration against ByteDance, the Chinese operator of TikTok, may create difficulties for Facebook. Although the deal still needs approval, it now seems that Oracle will take a minority stake in TikTok and serve as its trusted technology partner to overcome U.S. suspicions.

Analysts see the potential for a significant increase in Facebook's revenue flows. In a May 19 note, Deutsche Bank analyst Lloyd Walmsley writes that he sees an opportunity to generate $30 billion from a combination of advertising revenue and 5% transaction fees.

Goldman Sachs analyst Heather Bellini raised her target Facebook share price to $250 from $220 on June 9, retaining the buy rating. She cited the potential of Facebook Shops to increase the number of advertisers. Existing advertisers can spend more on Facebook because of the higher conversion.

Bellini has since doubled its share price on Facebook. On June 24, she raised her target to $265, citing equal valuations, low-interest rates, and lower risk premiums on the stock. Bellini noted an increase in advertising costs and "an even faster transition to digital technology," raising its target to $303 on July 31. 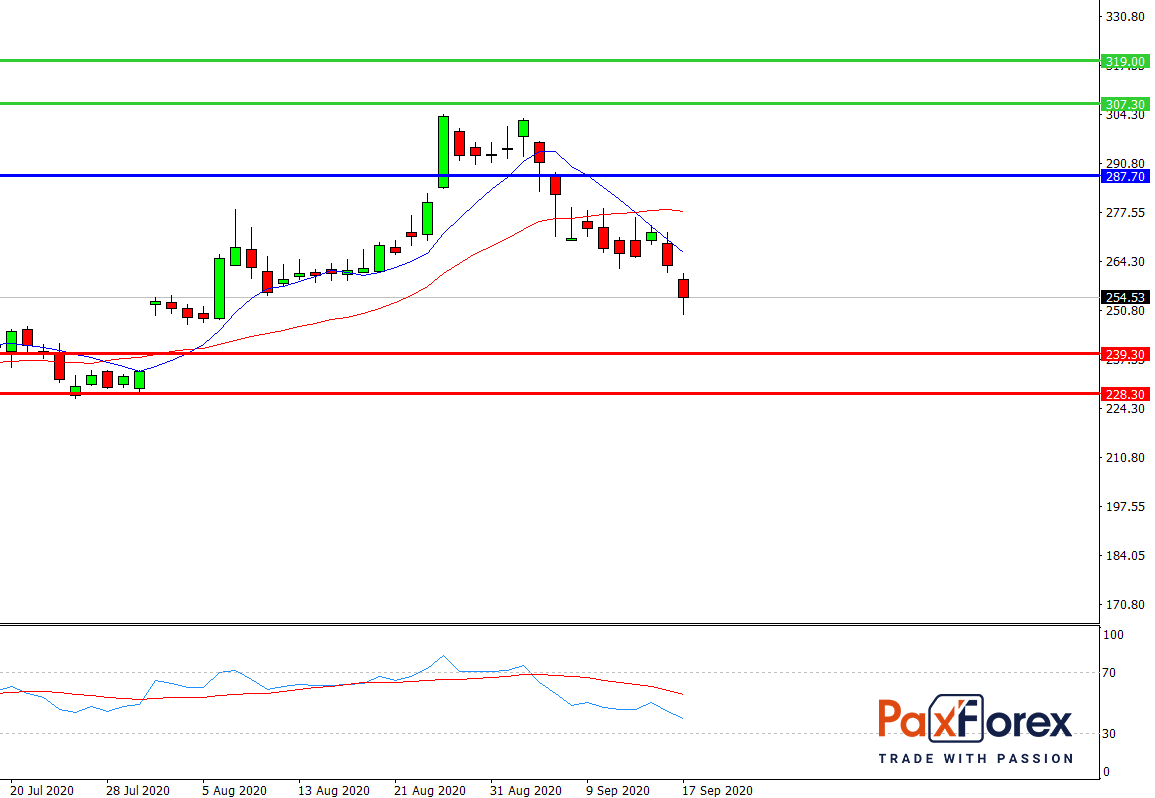 While the price is below 287.70, follow the recommendations below:

In case of breakout of the level 287.70, follow the recommendations below: