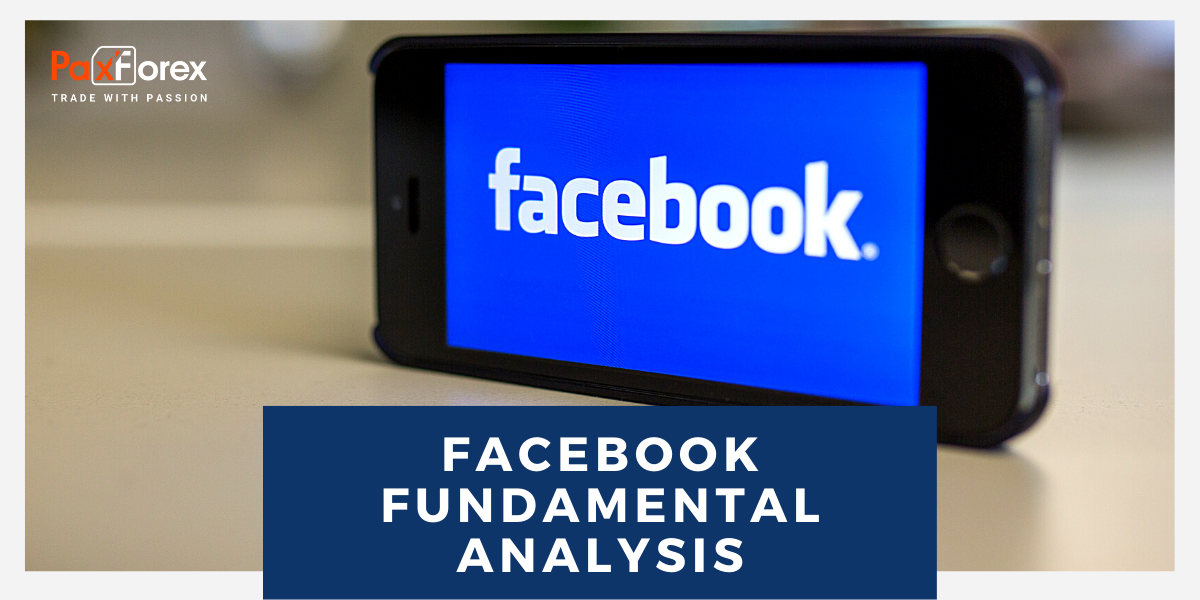 The past few years have not been easy for Facebook. The global social media giant has been at the center of numerous disputes, including political intrigue, data privacy issues regarding users, criticism of the impact on society at large (thanks to Netflix documentary The Social Dilemma), and most recently a lawsuit from the Federal Trade Commission (FTC) that Facebook regularly undertakes unlawful anti-competitive activities.

Add pandemic to that and, incredibly, Facebook shares are up about 50 percent over the last three years.

Facebook stock was a great investment opportunity during the onset of the pandemic in March 2020, and the months that followed, but things have gotten tougher since then. And while Facebook is back in a growth phase - revenues and net income are up 22 percent and 29 percent year over year in the third quarter of 2020 - the stock is currently trading at 31 times 12-month earnings.

On the one hand, the average monthly number of users of the Facebook service increased 14% over last year to more than 3.2 billion worldwide. Consumers of the network spend their time and money, and it is clear that Facebook and its subsidiaries Instagram (IG) and WhatsApp remain popular this year. Thus, the stock's value could rise in the long run.
But a lot of negativity in the press could end up hindering the company's stock growth, as could its profitability in recent years (primarily due to various fines, including $5 billion from the Federal Trade Commission in 2019 and Facebook's large spending on security upgrades).

If the FTC wins its dispute, Facebook will be forced to give up Instagram (bought in 2012 for $1 billion) and WhatsApp (bought in 2014 for $19 billion). Although both purchases are nothing in comparison with Facebook's more than $770 billion value to date, the FTC argues that Facebook illegally suppressed competitors through takeovers.

Arguments calling for the negative impact of social media on society are ones that cannot be fully accepted unless those making these ideas comprise other media companies. Social media does amplify individuals' opinions, including those that may be less than honest and hurt others. But a business based on advertising and depending on consumers' field of view to remain glued to the screen is not new. Traditional media (television, radio, and newspapers before that) have always had similar problems. Nevertheless, the pressure on Facebook is really growing, and in a few years, the company may look very different. But Facebook is not powerless to move forward. The company has had to allocate tens of billions in recent years to make its social networks more user-friendly. Still, even in tough times, Facebook is very profitable. In the first three quarters of 2020, it posted a net income of $17.9 billion on total revenue of $57.9 billion.
And because of its multi-year domination of social media, Facebook boasts nearly $56 billion in cash and short-term equivalents, $6.2 billion in equity investments, and zero debt on its books at the end of September 2020. These advantages make this one of the richest organizations on the planet. Its Oculus virtual reality business and growing aspirations in financial technology and digital payments are just two examples with huge potential.

But what about antitrust risk? In a worst-case scenario, Facebook might be forced to sell Instagram and/or WhatsApp. But Facebook is still a dominant force in technology with billions of users worldwide. And selling any of its subsidiaries could potentially equip Facebook with even more cash.

Also, behind the scenes is the infrastructure that runs Facebook's various social media services. If the lawsuit succeeds, which assets are owned by Facebook and which are allocated under IG or WhatsApp? These are interesting questions that require complex answers. But the fact is that the company would be far from out of hand if it were stripped of Instagram and WhatsApp, and could quickly change the way it monetizes its massive global operations. With billions of users and digital assets to support all those users, the company can afford many options. 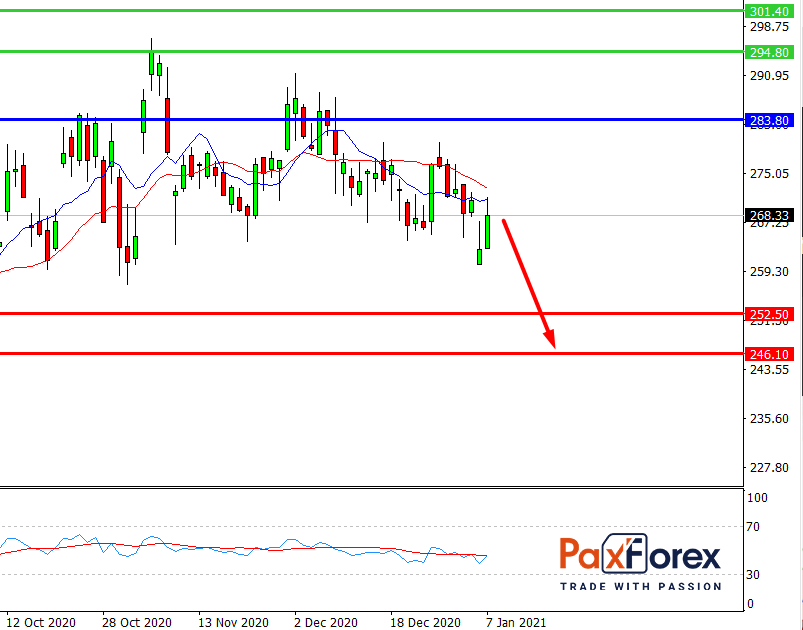 While the price is below 283.80, follow the recommendations below:

If the level 283.80 is broken-out, follow the recommendations below: