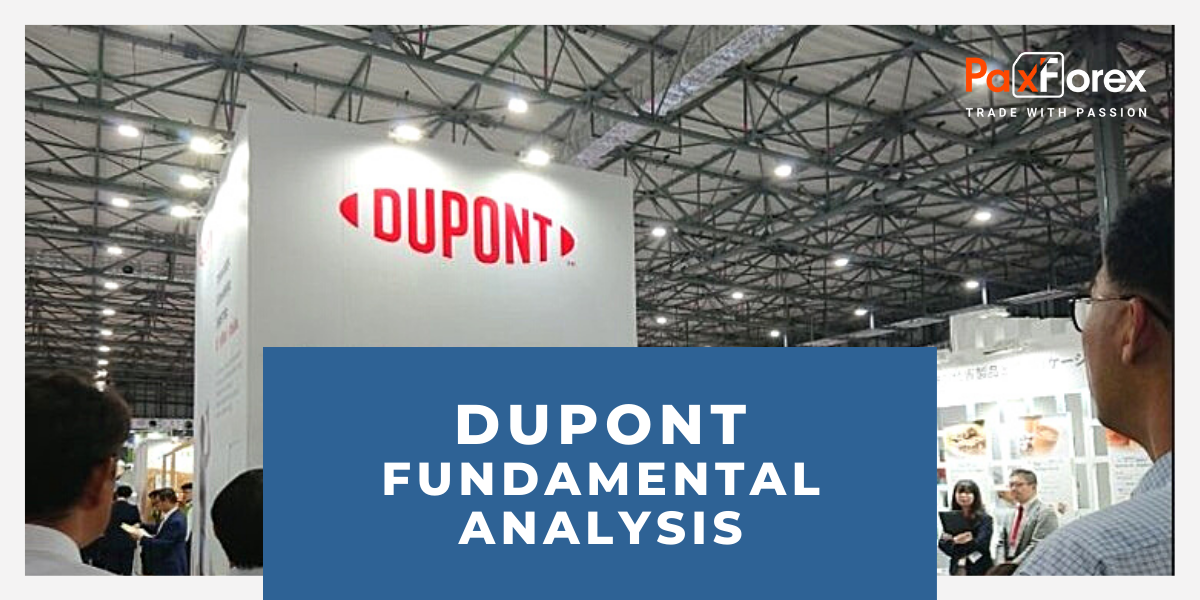 DuPont de Nemours said on Tuesday that its first-quarter results were better than expected, with the company's shares rising in price. The main question for investors is why the stock fell a year before what is happening now due to quarantine measures taken to combat the spread of COVID-19, even though the company is a favorite on Wall Street. DuPont shares rose 2.4% on pre-market trading, while Dow Jones Industrial Average and S&P 500 futures rose about 2%. The stocks did not rise anymore as the numbers are not unknown: the company tentatively published some figures in April. Since then, stocks have risen by about 17% while the S&P 500 has fallen by about 1%. The company earned 84 cents per share from 5.2 billion dollars in sales. Wall Street reported 73 cents of earnings per share from 5.1 billion dollars of sales. However, the COVID-19 had an impact; comparable sales fell 2% a year. In unprecedented health, finance, and humanitarian crisis, the company is prioritizing the safety and well-being of employees, customers, suppliers, and other stakeholders. By continuing to invest in research and development throughout the company, prioritizing cash generation, further improving cost structures, and advancing portfolio rationalization efforts, DuPont has achieved first-quarter results that exceed initial expectations of company analysts in each major segment. DuPont shares fell 30 percent year on year, worse than the S&P 500 and Dow. DuPont, of course, produces a lot of chemicals and other materials, and demand for its products is generally related to the health of the economy. The economy is not so healthy right now. The U.S. gross domestic product is expected to fall by about 12% in the second quarter, a decline of 13% in 1932, during the Great Depression. But DuPont is also affected by the consumer and healthcare markets, which are still relatively strong. Tyvek material is used in medical clothing. Moreover, the company's nutrition business has grown at a rate of 3% per year compared to the previous year as "consumer demand for immune protection has strengthened worldwide. The companies most affected were those associated with automotive and industrial demand. Sales in this division fell by 12%. DuPont is trading about 13 times more than expected in 2021, and the return on equity is 2.7%. More important than the yields is the fact that the company still pays dividends and generates positive free cash flow. And about 85% of analysts estimate the company's shares as Buy. The average buyout ratio for Dow shares is about 55%. Investors may wonder why the stocks are not getting a little better value. The sentiment of investors is influenced not only by the economy. DuPont is a complex company. And investors do not always like complicated stories during an economic downturn. The company is selling its food division to International Flavor & Fragrances for $24 billion. The deal is expected to close in 2021, leaving investors too much time to think about what might happen between these events. Moreover, in February, the company replaced former chief executive officer Mark Doyle with the esteemed Ed Breen to "accelerate operational improvements," the company said in a press release. Breen was the architect of Dow-DuPont's tripartite division and served as chairman of DuPont before becoming CEO.