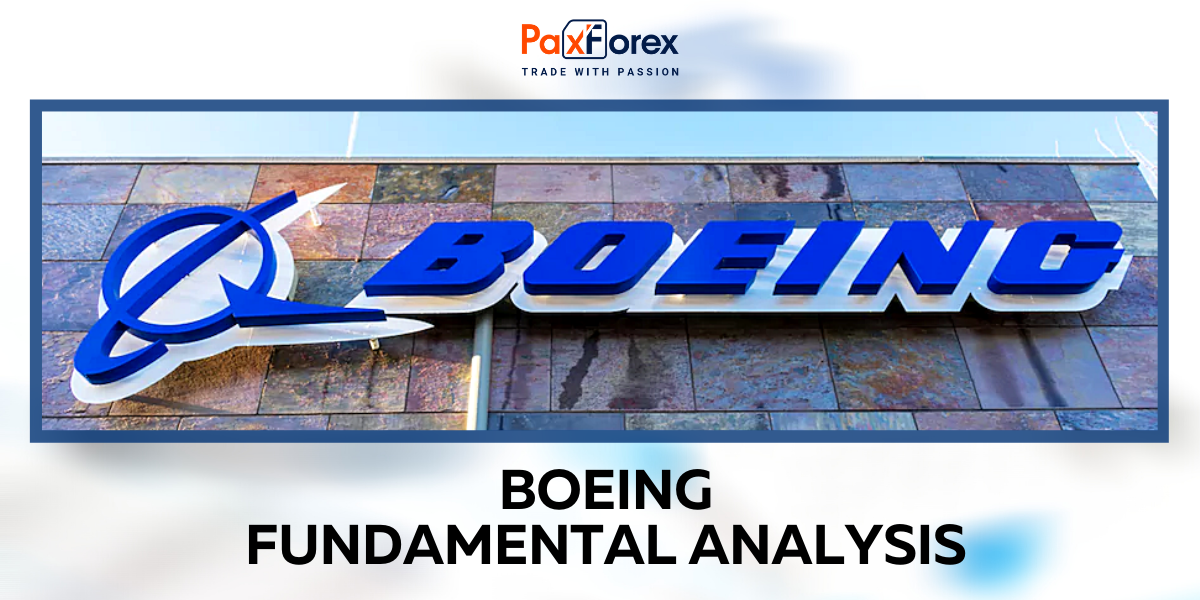 Boeing has published its annual market forecast for commercial jet aircraft. Not surprisingly, the aerospace giant has reduced its estimates of global aircraft supplies for the next 20 years - and especially for the current decade - compared to the forecast for 2019.

Despite the lower long-term forecast, Boeing may still overestimate demand for aircraft between 2020 and 2029. However, the worst part of the updated forecast is that, even if the demand forecast is accurate, Boeing has almost no opportunity to return to pre-crisis production levels in the current decade.

Notably, the Brazilian company Gol Linhas Aereas Inteligentes SA (GOL) on Wednesday will launch a flight aboard the Boeing 737 Max, which will be the first commercial flight after a 20-month break in the 737 Max. The Latin American airline has previously flown the plane and expects all seven out of seven 737 Max aircraft in its fleet to receive flight approval by the end of the month. The first flights will be carried out from the Gol hub airport in Sao Paulo. Last month, the Brazilian aviation regulator allowed the Boeing 737 Max to carry passengers again. Earlier, in November, the FAA gave the green light. The European Union Aviation Safety Agency said it was ready to put the aircraft in the air in January. Meanwhile, American Airlines added 737 Max to its flight schedule, which will begin on December 29. Grupo Aeromexico and Panama's Copa Holdings (CPA) are also considering returning the 737 Max to their schedule shortly. Southwest Airlines (LUV) said it will not start planning Boeing 737 Max flights until next year. The aircraft was landed in March 2019 after two crashes that killed 346 people.

Meanwhile, Boeing on Tuesday recalled the difficult market conditions in which the 737 Max is still located, despite its return to operation. The company recorded a net loss of 28 orders last month as the COVID-19 pandemic continues to weigh on air travel, including 88 Boeing 737 Max.

Orders for Boeing 737 Max dropped by nearly 1070 aircraft between November and November. But that doesn't include last week's Ryanair (RYAAY) order for 75 Boeing 737 Max aircraft, the largest order since the plane landed last year. This order was booked in December.

In November, Boeing delivered just one passenger plane, the 777-300ER, to Novus Capital, a leasing company from Dubai. The company also delivered two P-8 military aircraft and four wide-body cargo aircraft, which included both 767 and 777. This year, the aerospace giant delivered a total of 118 aircraft, compared to 345 in 11 months of 2019.

On Monday, Airbus (EADSY) announced it had delivered 64 aircraft last month, bringing the total to 477. The European aerospace giant reported no new sales in November, the fourth time since March it had no new orders.

It is fair to say that Boeing is in good shape, where it still holds a leading position in the market. This year the company has delivered 98 wide-body aircraft, including passenger, cargo, and military versions, compared to 58 deliveries for Airbus. Boeing received 910 solid orders for wide-body bodies at the end of October, compared to 860 orders for Airbus. However, Boeing forecasts that wide-body aircraft (including cargo aircraft) will account for only 20 percent of all aircraft deliveries this decade. Moreover, this forecast may prove to be too optimistic 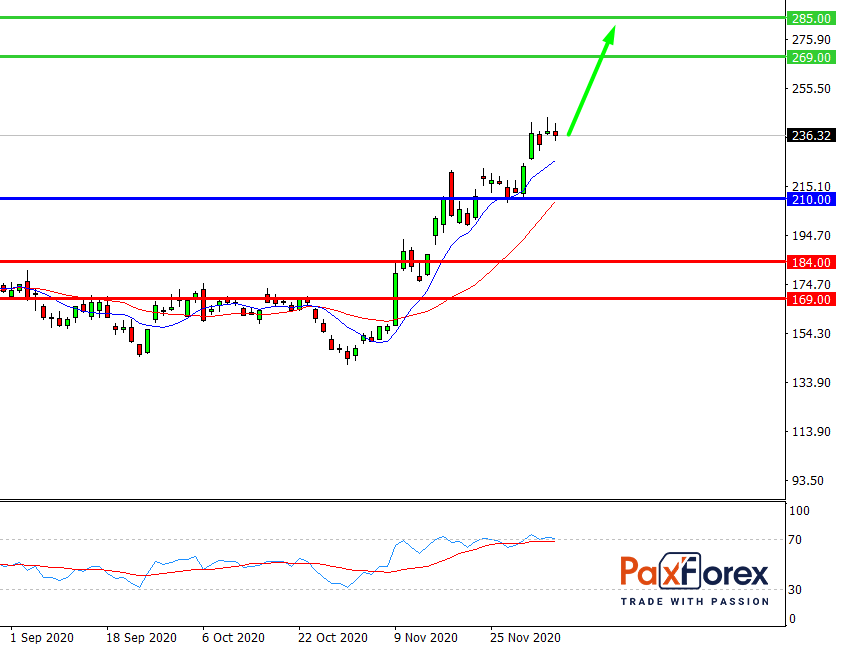 While the price is above 210.00, follow the recommendations below:

If the level 210.00 is broken-down, follow the recommendations below: