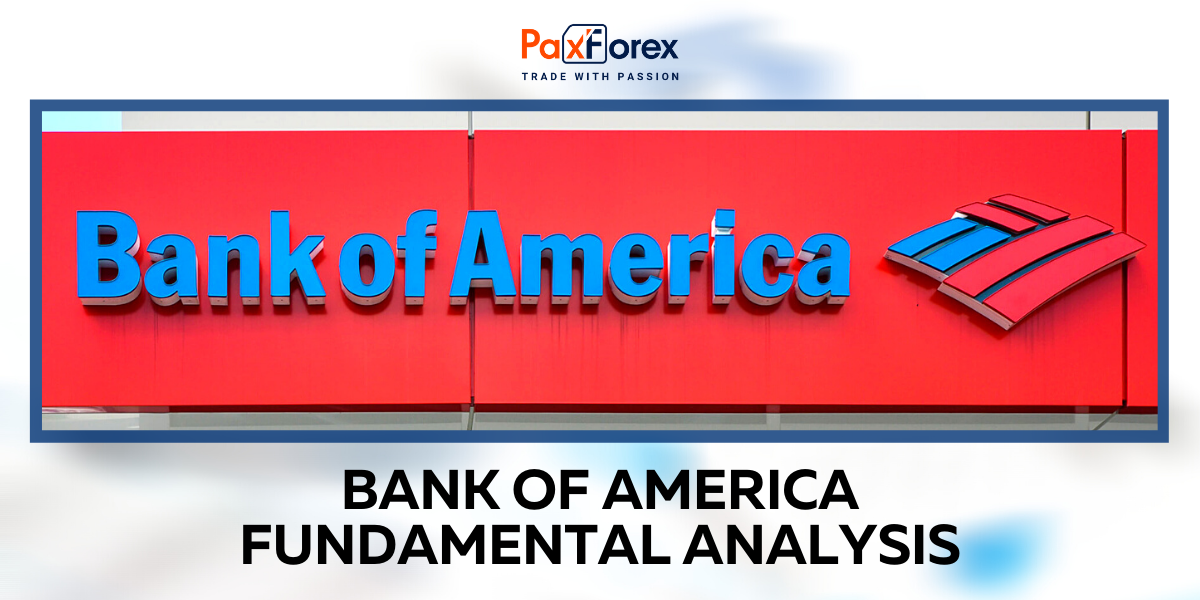 It was a terrible year for the American banking sector. Even before the coronavirus, finances were low. Investors wanted shares to grow and bank revenues didn`t do much of that; the Fed`s low-interest-rate policy was holding back growth. Then the coronavirus pandemic hit and added new problems. Now banks have both a yield problem and a risk problem. There is no clear understanding of how much the economic crisis will hit banks" profits. All this has left Bank of America shares 30% below their recent highs.

Currently, there are two major difficulties with banks" stocks - credit losses and structural drop. Banks were at the center of the 2008 financial crisis, and massive unemployment and bankruptcies will undoubtedly affect them this time as well. On top of that, there was no big bubble. Before this crisis, there had not been an upsurge in housing construction in the US. And these sectors of the market that could provoke issues, such as student loans or car loans, were simply not big enough to create systemic risk.

We can see that this is affecting the performance of the Bank of America. Last quarter, the bank remained profitable. And so far the government"s stimulus efforts have more than offset the increase in unemployment. The write-off of Bank of America credit cards in May declined as opposed to the results of 2019. So far Bank of America has almost gotten out of control in terms of credit risk, but so far the reaction has been much better than analysts expected. With the Fed cutting interest rates to zero, investors are afraid of holding bank shares.

The media have spread that theory that the U. S. is following Japan in the lost decade when bank stocks are not earning a fair profit. Indeed, Japanese banks and insurance companies acted terribly in the 1990s and 2000s after their bank adopted an indefinite low-interest-rate policy. But this analogy simply doesn"t stand. It was not just low-interest rates that slowed down Japanese banks" revenues. Low demand was more significant. Japan is experiencing a demographic decline. Since society gets older, there isn"t sufficient consumption to support growth in GDP and corporate profits. Consequently, fewer people are applying for mortgages and fewer companies are borrowing capital for expansion.

The USA is not yet suffering from that difficulty. A simple look at economic data indicates that. Federal reserves have been calculating the "NIM" net interest margin for American banks since the 1980s. Since then, the Fed has moved from double-digit interest rates to zero. However, the NIM cards of American banks have been kept in the range of 3-5% for 40 years.

The period after the financial crisis with zero interest rates did not lead to a breakdown of bank earnings. Actually, that one won"t collapse either. One thing holding back BAC shares is that it"s not clear what the bank is best at. Of the basic ones, most have a special niche. JP Morgan (NYSE: JPM) has managed the financial crisis better than anyone else and perhaps has the best leadership in the form of rock star Jamie Diamon, chairman of the board. Goldman Sachs (NYSE: GS) has an unbelievable story of consistent growth in book value and coped well with the financial crisis. It"s the leading investment bank in the arena. Wells Fargo (NYSE: WFC) is a cheap and scandalous bank, but it has a large return on capital program. US Bank (NYSE: USB) - a promising winner with solid dividends, a large historical past, and a clean reputation.