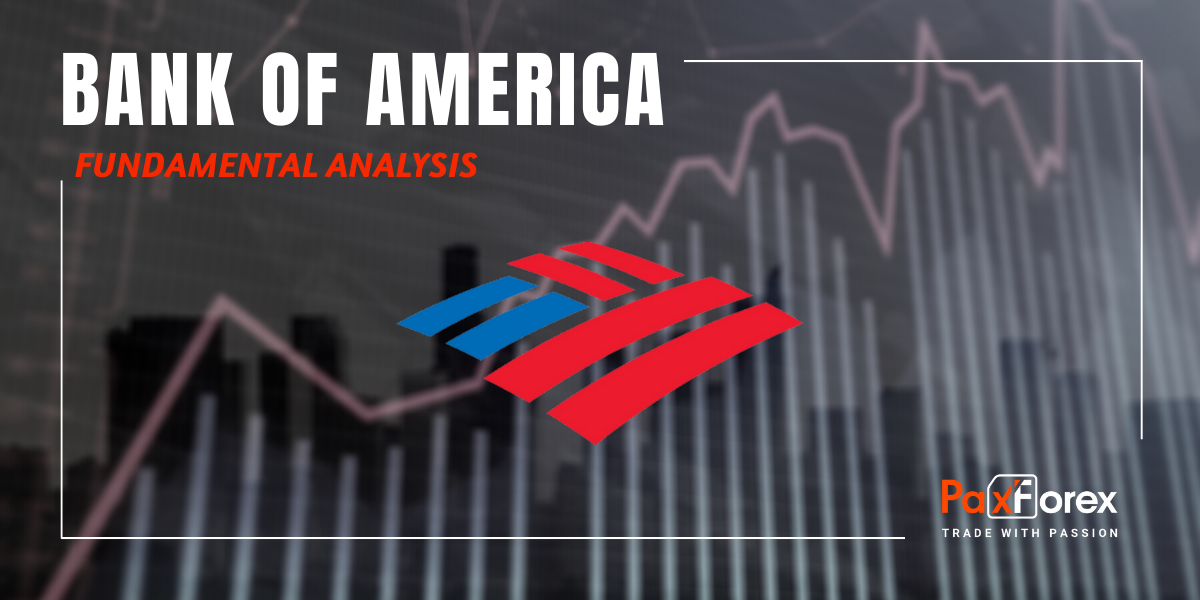 The Bank of America (NYSE: BAC) stock fell after a disappointing first-quarter earnings report released on April 15 on Wall Street. But despite the decline - which was partly due to the huge amount of new provisions for losses - there were many bright spots this quarter. Over time, the Bank of America expanded its business and began to bring profit to investors. So isn't it time to buy up?

The Bank of America, like many large banks, has several ways to generate income: a consumer bank, an investment bank, commercial loans, financial consulting, and much more. While the credit card division showed a decline in consumer spending at the beginning of the pandemic, as expected, loans and deposits reached record highs, particularly for companies that have completely closed their revolving credit lines.

According to the Federal Deposit Insurance Corp., Bank of America is ranked number one in the American deposit market, and these deposits continue to grow, reaching more than $1.5 trillion at the end of the first quarter. In a talk about earnings, CEO Brian Moynihan pointed to $9.3 billion in pretax and prepaid income, down 5% from 2019, but it was a victory given the low-interest-rate environment. So, while earnings per share looked disappointing, the bank's business looks very healthy.

Since banks are considered an important service, Bank of America has kept 75% of its banks open for physical banking services, although those who can work remotely - do. Investments in branches - such as renovations, additional sellers, and an increase in the minimum wage the bank keep despite the current situation - add 3% to the cost per year.

Bank of America showed a strong investment banking position in the first quarter, with a 9% year-on-year increase, despite a 20% decline in investment banking operations at all banks. Moynihan sees this as a sign of confidence in his company and the fruits of adding hundreds of bankers to his staff over the past few years, making it a better experience for clients.
One of Bank of America's competitive advantages is its strong focus on technology, and this has helped the company survive this storm as individual clients turn to digital technology to take care of their banking needs. Even with consultants working from home, customer engagement has increased by two-thirds over the same quarter last year, and one-third of sales are now being processed digitally.

Bank of America also takes care of small business clients by developing the first digital platform for its payment protection program. Although the bank faced higher costs associated with investing in these advances during the quarter, these costs were partially offset by the improvements they created and the impact on customer interaction.

Does all this mean that traders should include the Bank of America in their portfolios? More like yes than no, and here is why:

As for bank`s shares, the Bank of America's price to profit ratio is lower than 8.5, slightly lower than that of competitors such as Goldman Sachs and JPMorgan Chase. Its profit this quarter was compromised, but it has a strong cash position due to increased cash deposits and trades a slightly more tangible book value per share.

Unlike many public companies that have suspended dividend payments to hold their cash, Bank of America said it will continue to pay its dividends, which is increased to $0.40 from $0.18. It also hired 2,000 additional employees in March and promised to hire 3,000 graduates for the summer program and then work full-time. These are all signs of strength.
The stock price has dropped by more than 40% over the year, which is a great opportunity to buy it at a low level before the economy stabilizes.