US Vows to Keep Tariffs in Place

Global trade optimism was slightly crushed as the US announced that existing tariffs on China will remain in place until after the US presidential election in November. President Trump will sign the phase-one trade deal in Washington today, together with senior Chinese political figures. Presidents usually don’t sign trade deals, but Trump has made it a habit of inking even marginal ones and then claiming a massive victory for the US economy. The Japanese and South Korean trade deals are the most recent examples.

One of the most apparent issues with this trade deal is the secrecy surrounding it. Congress usually reviews trade deals, and business groups directly impacted by them get an opportunity to read the text together with lawmakers and lawyers specialized in trade. The 86-page phase-one trade deal is shrouded in secrecy, suggesting it may be a lot less significant than President Trump will present it. China is rumored to purchase $200 billion worth of US goods over the next two years. 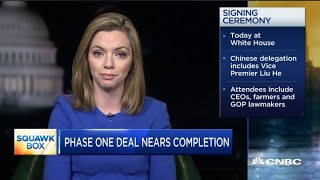 Phase one of the US-China trade deal nears completion 2:17

The president of the National Foreign Trade Council, Rufus Yerxa, noted that “What's extraordinary about this is how much uncertainty and lack of transparency there is associated with, not only the whole process of negotiating but what's in it.” The lack of details, and clarity, has left critical questions unanswered, compliance is one of them. China has denied that it committed to $50 billion worth of agricultural products, but simply noted it seeks to purchase more.

China’s refusal to agree to an import quota is in line with global trade rules, and the country has repeatedly told the US it will purchase more goods and services according to supply-and-demand. The US claims to be a steward of free trade, yet pressures China to violate the rules and commit to an import quota. One one end, the US asks for more openness of the Chinese economy, on the other end, it begs for this to apply solely to US companies. The announcement that existing tariffs will remain in place signals uncertainty about the execution of the trade deal. Yerxa from the National Foreign Trade Council added that “Nobody's aware of exactly how these commitments are going to be worded. Nobody's aware of what the enforcement mechanisms and procedures will be and nobody's aware of what the timetable is for implementation of all of them. What's the list of products? What are the plans for Phase Two? Business is going to be living with these tariffs for quite some time, apparently.”

Do you hedge your forex trading account properly and protect it from downside risk? Find out how to properly secure your forex investment at PaxForex, where you can grow your portfolio trade-by-trade!

Given the discrepancy between statements from both sides, the ultimate trade deal is anticipated to disappoint. It will keep the conflict frozen, but misunderstandings are evident. The timing of the review period and the US election is not a coincidence, as Trump appears to tie the success of the phase-two trade deal to his re-election. Farmers may get some relief, as Trump buys their votes with the phase-one trade deal.

As expected US Treasury Secretary Mnuchin denied ties to the trade deal and the election. He told reporters that “These tariffs will stay in place until there’s a phase two. If the president gets a phase two quickly, he’ll consider releasing tariffs as part of phase two. If not, there won’t be any tariff relief. So it has nothing to do with the election or anything else. There’s no secret agreements.” 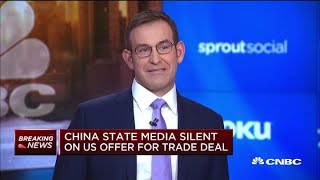 China Beige Book's Miller: The phase one trade deal is a 'head-scratcher' 5:37

Robert Lighthizer, the US Trade Representative, joined Mnuchin in an e-mail response to questions where the duo added that “The only non-public component of the agreement is a confidential annex with detailed purchase amounts, which has been previously described. There are no other oral or written agreements between the US and China on these matters, and there is no agreement for future reduction in tariffs.” 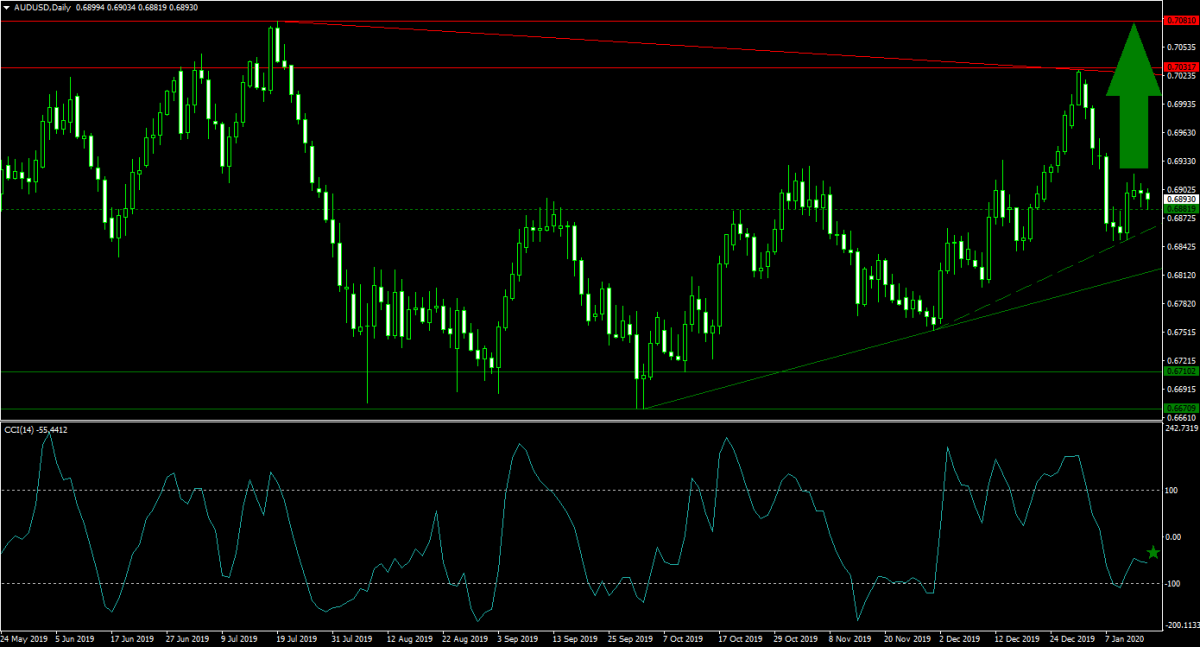 The AUDUSD is expected to be one of the main benefactors of this trade war, as the Australian Dollar is dependent on the Chinese economy. A rebound started to emerge over the past two months and this currency pair is likely to accelerate into its horizontal resistance area. The secondary ascending support level is adding bullish pressures. The CCI has moved out of extreme oversold territory, with more upside favored. Open your PaxForex Trading Account today, and join one of the fastest-growing communities in the forex market! 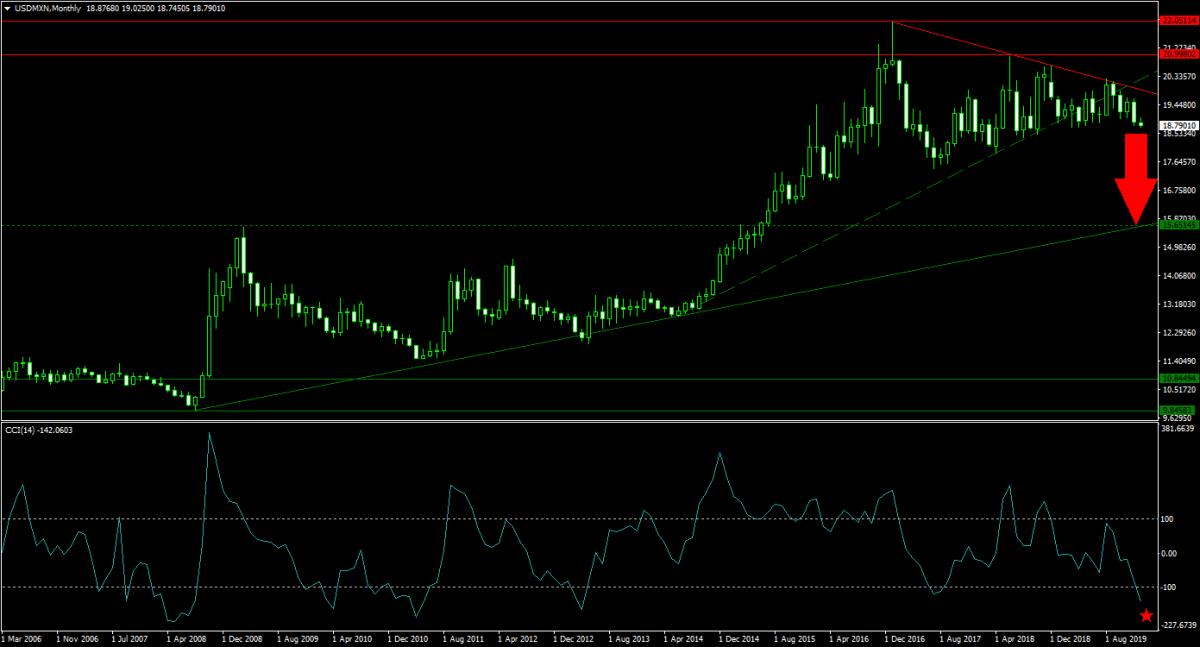 Disappointment in the phase-one trade deal may provide another boost to the USDMXN, which is amid a bigger correction. Mexico remains one of the most important trading partners of the US, and benefits from Trump’s trade wars. This currency pair is being driven lower by its secondary descending resistance level, after completing a breakdown below its secondary ascending support level. The CCI moved into extreme oversold conditions with more downside potential. Subscribe to the PaxForex Daily Fundamental Analysis and earn over 5,000 pips per month. 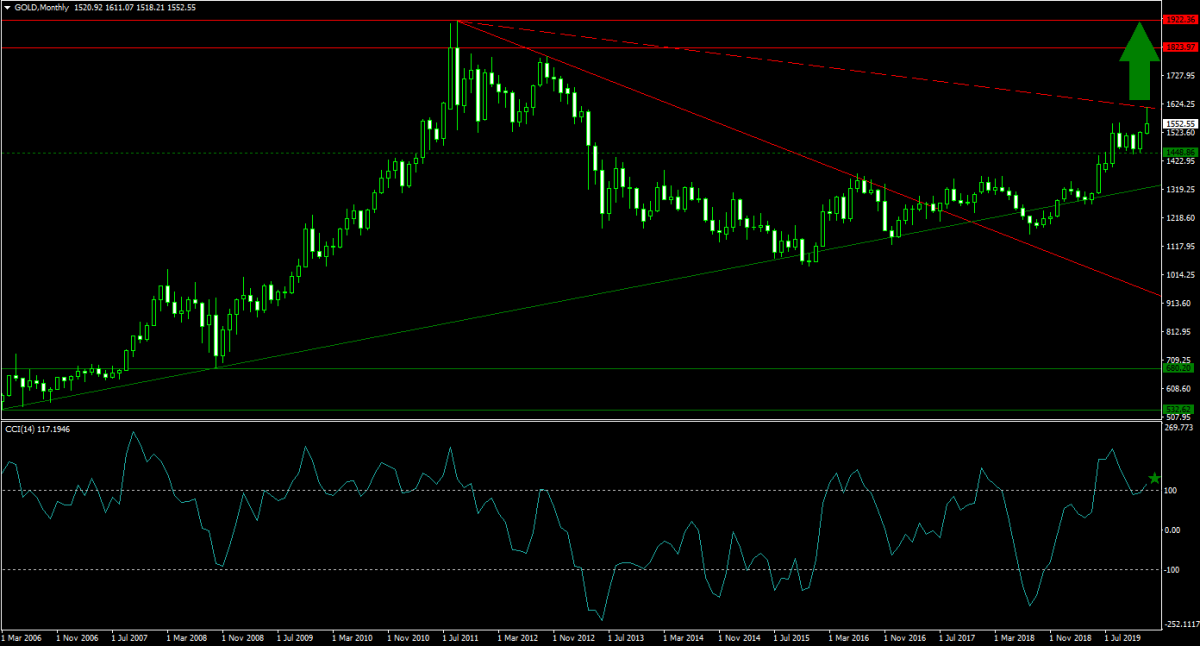 Gold is positioned for a very strong 2020, adding to its strong gains in 2019. The most recent retreat after piercing the $1,600 presents traders a new entry opportunity. With a slowing global economy and rise in geopolitical tensions, this precious may attempt to take out its all-time high this year. A breakout above its secondary descending resistance level should take it into its horizontal resistance area and close to the $2,000 mark. The CCI entered extreme overbought territory but remains well of its peak. Follow the PaxForex Daily Forex Technical Analysis and grow your balance trade-by-trade!