Another delay is in the process of being formalized. The length of the extension is three months in order to give the UK time to implement the PM Johnson’s Brexit deal which received majority support in Parliament. France wanted a shorter extension than most other members prefer. UK PM Johnson is pushing for an election on December 12th while two opposition parties, the SNP and the Liberal Democrats, push for an election even sooner. MPs will vote today on Johnson proposal for a December 12th election, but with opposition even from his DUP allies it appears a tough agenda to secure the two-thirds majority required.

Ian Blackford, party leader of the SNP and Jo Swinson, party leader of the Liberal Democrats, joined forces and call for an early election in December if the EU will grant a Brexit extension until January 31st 2020 without an option to leave before that date. The last stipulation is supposed to prevent a no-deal Brexit. The joint letter send to EU Council President Tusk read “With an extension to at least January 31 or later, we, the opposition, can work together to facilitate an election giving the people the chance to decide what the UK’s next steps should be.” 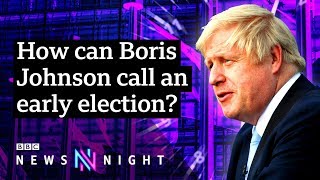 Will there be an early general election? - BBC Newsnight 17:49

The Liberal Democrats will attempt to modify the Fixed Term Parliaments Act through a bill they seek to introduce, should the bill pass an election can take place on December 9th 2019. Another option, should the bill be rejected, will be taken by the SNP which intends to call a vote of no confidence which can clear the path to an election on December 5th 2019. Both parties want to cancel Brexit and remain in the EU. Swinson added “Boris Johnson has missed his ‘do-or-die’ deadline and is now asking parliament to give him a general election and time for him to ram through his Brexit Bill through parliament.”

With the main opposition party, Labour, expected to vote against an election on December 12th, it is very likely that PM Johnson will lose another vote in Parliament. The Johnson government vowed to push for an election if it loses today’s vote. In regards to the SNP-Liberal Democrats proposal, Culture Secretary Nicky Morgan stated “They have obviously made it clear that they have no intention of wanting Brexit to be done, no intention of wanting the Withdrawal Bill. It is important for the sake of the country that we bring this uncertainty to an end.” PM Johnson added “They must also agree to an election on Dec. 12. If they refuse this timetable, if they refuse to go the extra mile to complete Brexit, then I will have no choice but to conclude that they are not really sincere in their desire to get Brexit done.”

Most EU leaders are willing to accept a Brexit extension until January 31st 2020, but French President Macron is at odds with them. While he agrees to an extension, he favors one until November 30th 2019 or less. He wants to pressure the UK Parliament to back Johnson’s renegotiated deal and end Brexit so that both sides can move forward. Macron has emerged as the most unlikely partner to help PM Johnson secure Brexit with his deal, but other EU leaders view Macron’s approach as too big of a gamble which could lead to no deal Brexit.

Opposition parties remain divided on how to move forward. Labour is split as plenty of MPs come from constituencies who voted in favor of Brexit. Even the SNP is split in what to do with party leader Blackford stating “Opposition parties will not be bullied by a prime minister who has shown utter contempt for parliament, and who has attempted to railroad through his damaging deal without a shred of scrutiny or due process. For these reasons we will not support Boris Johnson’s election motion on Monday.” Blackford prefers a snap election on his terms. 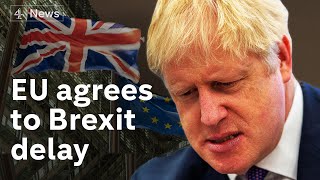 Angus MacNeil, an MP for the SNP, was quick to dismiss a December election and noted “I am not getting bounced in to this, it was ‘madness’ to have a winter election. Any election now will be a proxy Brexit referendum and Hard Brexit could be won in 6 weeks.” Conservative MP James Cleverly referred to the SNP-Liberal Democrats proposal “It's clearly a gimmick. Their bill moves the election date by three days, takes the withdrawal agreement completely off the table. What we're not going to do is, we're not going to listen to two parties who have explicitly said they want to stop Brexit from happening.” 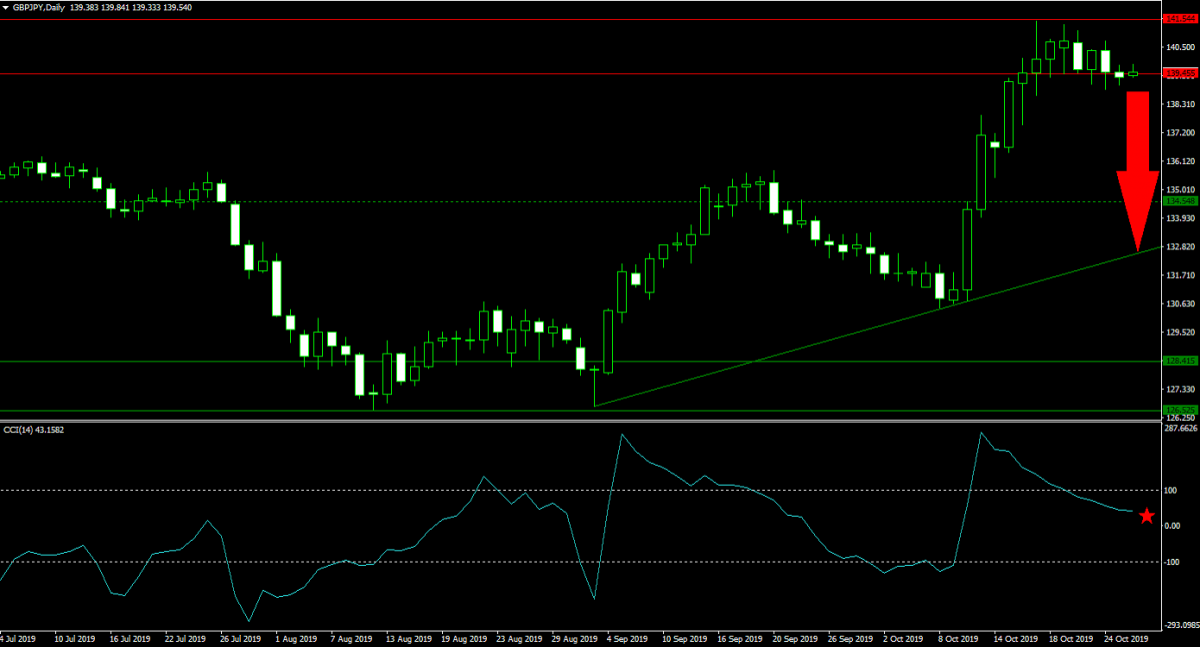 The GBPJPY is favored to complete a breakdown below its horizontal resistance area from where price action can accelerate into its primary ascending support level. A breakdown below its horizontal support level will precede this move. While the EU is ready to grant a three-month extension, what will happen during this period remains unknown. The CCI already moved out of extreme overbought conditions and is expected to complete a bearish momentum crossover. Open your PaxForex Trading Account now and join one of the fastest growing trading communities in the forex market. 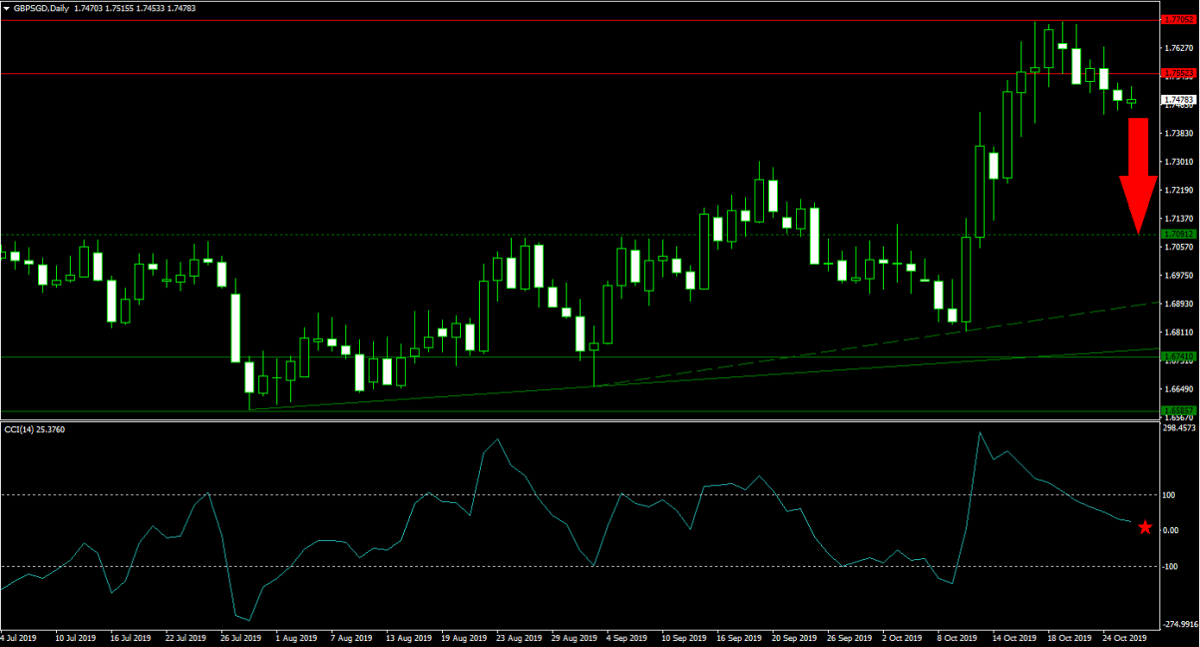 The GBPSGD already completed a breakdown below its horizontal resistance area and is expected to gain bearish momentum as forex traders realize floating trading profits. The UK was supposed to leave the EU on Thursday and chart its own course starting Friday. As we know now, another delay will face the UK economy and this is expected to pressure price action into its horizontal support level. The CCI is retreating from extreme overbought territory and expected to contract further. Follow the PaxForex Daily Fundamental Analysis and earn over 5,000 pips per month. 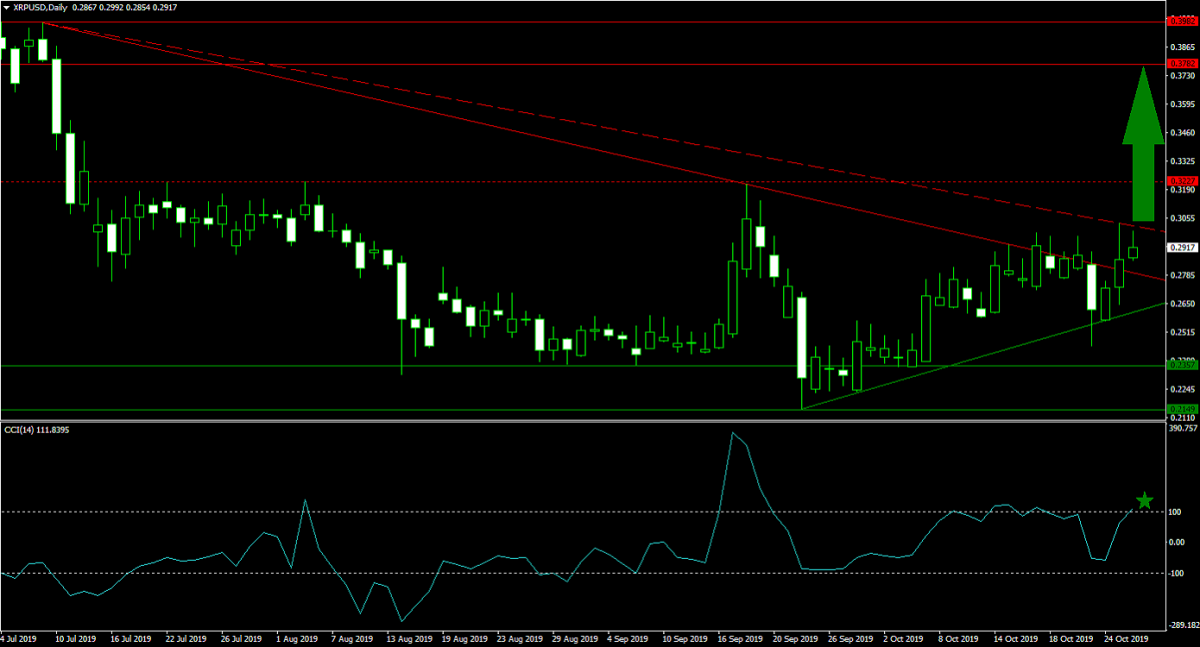 The surge across the cryptocurrency market was great for XRPUSD. Price action bounced off its primary ascending support level and moved above its primary descending resistance level. A breakout above its secondary descending resistance level is now favored to take this cryptocurrency through its horizontal resistance level into its horizontal resistance area. The CCI moved into extreme overbought conditions, but remains well of its previous high. Subscribe to the PaxForex Daily Forex Technical Analysis and grow your balance trade-by-trade!