What Is The Main Role Of The FOMC? 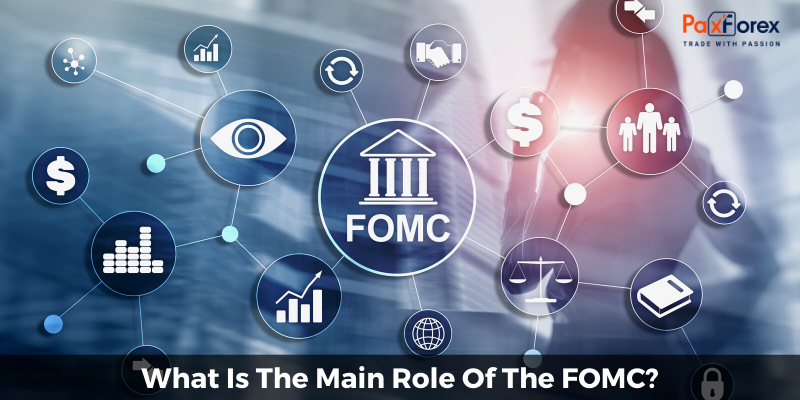 The mechanism of market analysis and forecasting is closely associated with the dynamics of the largest economic indicators. These are the indicators that can put considerable pressure on the Forex market and have a serious impact on future developments.

Economic indicators are usually made public by government agencies or private organizations. These indicators often play an important role in the foreign exchange market. Such data can be used effectively for region-specific analysis. For example, economic reports on measures taken in health care, which may complement public policy in the current review.

In most cases, it is sufficient for an experienced trader to look at economic indicators to assume developments in the foreign exchange market. Reports on various indicators are published at predetermined times. These plans are available for public viewing. As a rule, they are published by various analytical companies in the form of summary tables. Therefore, we can learn about the release of important news long before it is published. At the time of release, the interpretation of signals is important.

All that is required from a trader is to correctly identify quality signals that can give the market an impulse. If after the publication of the data we analyze the situation on the market and make sure that the economy of the country, for which the data was published, is in recession, the trader should take adequate measures to manage assets in the current market conditions.

So today we will take a closer look at one of the most important and influential indicators - FOMC statements. 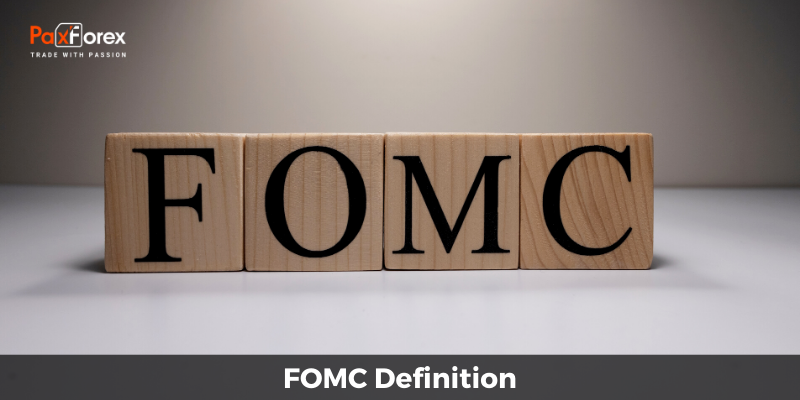 The FOMC holds eight meetings per year. It administers monetary policy for the Federal Reserve System, the central bank of the United States. It reviews economic conditions and based on its report, it will determine whether to use expansionary or restrictive monetary policy. It declares forecasts at four of those eight meetings.

The FOMC also changes the interest rate. This is one of the most significant advance indicators. It shows you which way the economy will go. If the rate is increased, anticipate slower growth. It will also raise the price of home mortgages, loans, and credit cards.

Functions of the FOMC

The Federal Reserve Act and the Federal Banking Act clearly explain the functions and responsibilities of the Committee, which include the purchase and sale of treasuries and federal debt obligations, as well as the development of monetary policy, which should stimulate the four areas at once:

Impact of the FOMC on the Global Economy

All FOMC decisions have a significant impact on stock markets. At the same time, the influence is felt not only in the U.S. stock exchanges and the assets traded but also in other stock exchanges around the world. The strength of this impact depends on the level of interest rates and their adjustment.

After the decision of the FOMC is announced, investors who have bought dollars begin to sell them at a speculative price. That is, the process goes completely in the opposite direction than it is described in the theory. That is why it is believed that the market reacts more to forecasts and expectations than to changes in interest rates. That is why the main rule of a trader is "buy the rumor and sell the fact".

Impact of the FOMC on Financial Markets 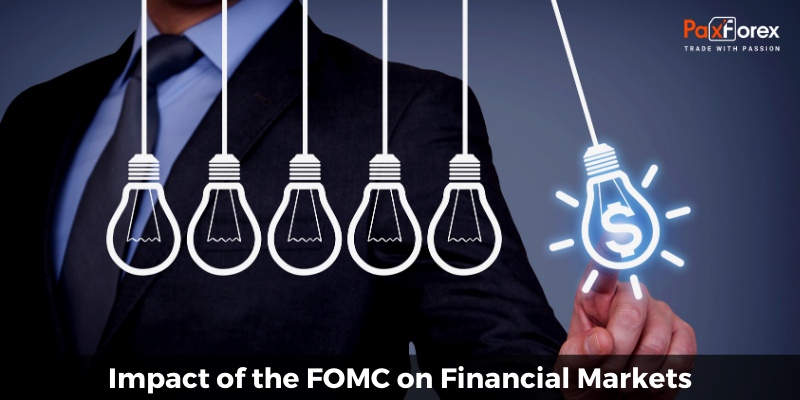 Also, it is very interesting that it`s not the interest adjustment that matters, but the difference between its previous value and the new rate level. That is if all market participants expect the rate to be reduced by 0.3% and it is actually reduced by 0.2%, then in the first days after the rate change, the U.S. dollar starts to grow, and then the process goes reverse and the currency is being sold in anticipation that the rates will continue to decrease in the future.

If the market does not expect the rate level to change and FOMC decides to do it, the market reaction can be surprisingly unpredictable. At such moments, historical price peaks are most often formed on the charts of currency pairs with the USD.

The FOMC meetings can also be held at unplanned occasions. Usually, this happens during some crisis, when the urgent measures to influence the markets are necessitated. During such meetings, decisions can be made on significant changes in betting levels. In such moments, the reaction of the markets can be very sharp and rough.

The interest rate is among the principal indicators used in fundamental analysis. It allows us to find out the profitability of investing in the currency of a particular country. An increase or decrease in interest rate affects the growth or fall of the currency.

By changing the rate, the Central Bank can regulate currency quotations, which directly affects the level of inflation as well as the attractiveness of the currency for investors. Thus, for example, if the Central Bank of the country increases the interest rate, investors get interested in the national currency, which causes the rate to rise. At the same time, we should remember that an increase in the interest rate has a negative impact on the economic situation as a whole, as credit funds for local companies become more expensive, which prevents them from developing intensively.

Changes in interest rates can also lead to changes in:

Due to potentially high volatility towards each FOMC report, all traders look forward to taking advantage of this fundamental event. Considering it has a crucial impact on the situation on the U.S. market, as well as on the global economic performance, it can be unpredictable enough for investors to "get burnt".

That is why we recommend you to take into consideration all the possible outcomes and implement all the risk management rules you have in your arsenal.

Why trade with PaxForex?