The Volcker Rule: Revolution in the U.S. Banking System 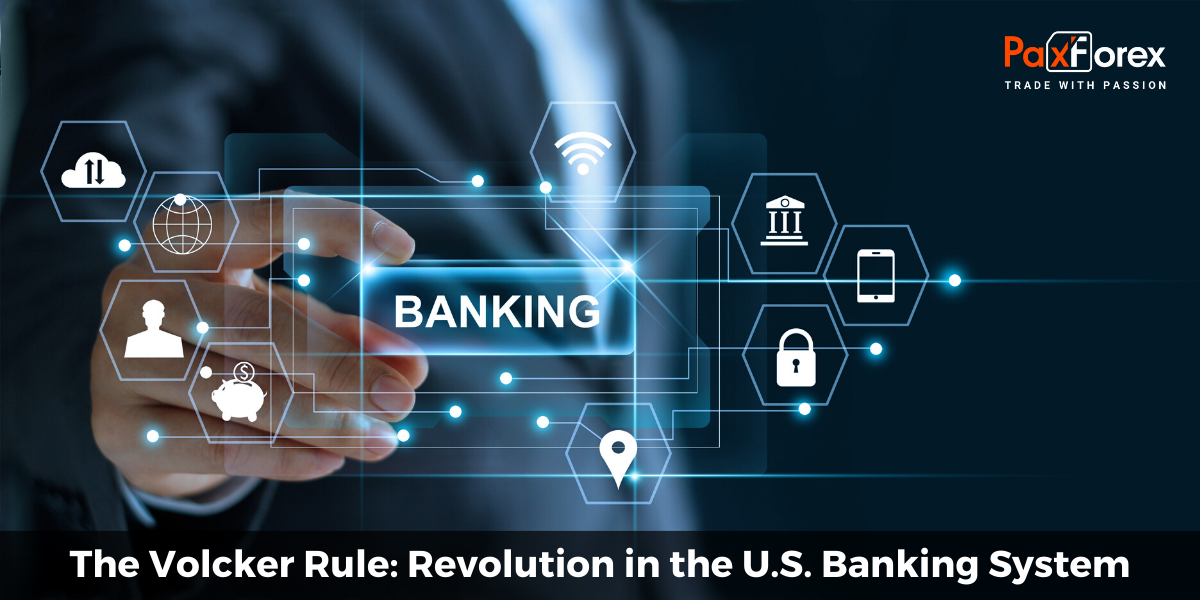 Last week, the U.S. finance regulators adopted the "Volcker rule", which prohibits banks to earn on speculations. The final version was more severe than anticipated. However, it is possible that the pendulum will swing again soon in the opposite direction.

U.S. authorities showed a rare unanimity - all five departments from which depends the fate of the banking sector, approved the introduction of the so-called Volcker rule. This means tighter control of banks and abrupt changes in their activity.

Named after former Federal Reserve chairman Paul Volcker, this prohibition is intended to protect against a repeat of history with the "London whale" – a trader JPMorgan Chase, whose risky trade brought the bank $ 6.2 billion loss.

The new rule prohibits banks from trading in securities for its own funds, ie trading for their own profit. The five agencies ruling on the measure are: the Federal Reserve, the Federal Deposit Insurance Corporation, the Office of the Comptroller of the Currency, the Securities and Exchange Commission (SEC) and the Commodities Futures Trading Commission.
Banks will have until 21 July 2015 to comply with the rules.

Now activities of banks on the stock exchange market can take place only in the interests of clients or as a market-maker, when the bank receives the risks of storing and trading securities by the issuer, or to minimize the risk (hedging).

US President Barack Obama applauded the passage of a rule proposed more than three years ago.

He said in a statement: "The Volcker Rule will make it illegal for firms to use government-insured money to make speculative bets that threaten the entire financial system, and demand a new era of accountability from CEOs who must sign off on their firm's practices.”

Many view a new rule as a revival of the Glass - Steagall Act , entered in the United States during the Great Depression, that banned commercial banks to engage in investment activity.
Banks have argued that the rule is too comprehensive and makes it difficult to distinguish between trades made for profit and those done simply to hedge against risk.

"This is the era of 'big brother' banking, where the fortunes of banks are tied to the government like never before," Mike Mayo, Credit Agricole banking analyst, told media.
"Big brother was asleep on the couch before the financial crisis and now big brother seeks to micromanage the banks as a means to prevent future crises, but how can anyone in mid-level management really understand a proprietary trade?" he continued.

In addition to banning proprietary trading, the Volcker rule also imposes restrictions on how and when banks invest in hedge funds and private equity.
Although representatives of the U.S. banking sector perceived the new rules mostly negative, it is worth remembering that since the end of the last century their appetites are growing by leaps and bounds.

It suffices to study the graph below, which perfectly illustrates how the big banks absorbed weaker opponents, which led to the dominant role of a few financial institutions.
Graphics: Just a few “big bosses” control the entire U.S. banking sector 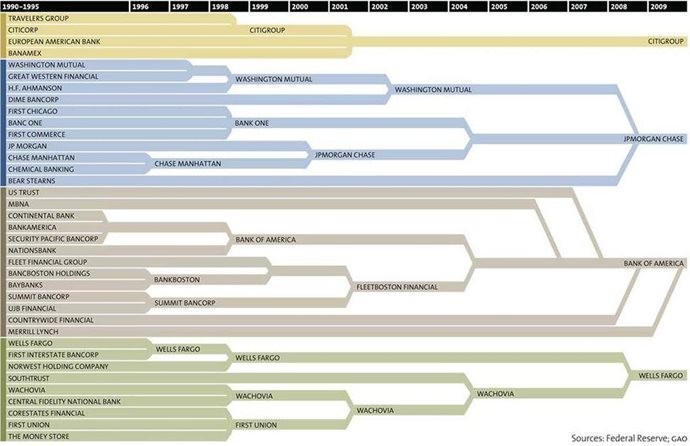