The G-7 Summit in France

The three day G-7 summit it France is behind us. Prior to the start, many analysts wondered if it would be a G-7 summit or a G5+2, with the US and the UK forming the +2. It is still unclear as there have been conflicting messages, but French President Macron tried to end the summit on a positive note in what some now refer to as “Macron’s Iranian Drama”. After US President Trump pulled out of the Iran nuclear deal, tensions with Iran have increased. The UK seized an Iranian oil tanker, Iran retaliated, drones were shot down and Iran has pressured France to get the US back to the deal or everything which was previously negotiated is off the table.

At the end of the summit, Macron attempted to the get the US and Iran to sit down and talk. He juggled flattery with facts when dealing with Trump in order to create a working environment with him. He offered the US the lead role in the failed Iran nuclear deal and stated “I’m convinced a deal could be found if Rouhani and Trump meet.” Trump reluctantly acknowledged that he would meet Rouhani if the circumstances were right, echoing his approach before he met North Korean leader Kim. President Rouhani noted that Iran will not agree to a meeting unless the US removes all sanctions. Macron’s political maneuvering appears to have yielded a short-term victory for the time being. Trump is also known to change his mind and so the Iranian drama extends.

Trump wants to host the 2020 G-7 Summit at his golf resort in Miami. Images from last year’s G-7 gathering were still fresh, with German Chancellor Merkel leaning over a seated Trump with her arms crossed. This time around the overall atmosphere was warmer. Macron set the right tone with Trump after he landed in France on Saturday. Macron invited him to an unplanned one-on-one lunch which set the agenda. Trump added “He wasn’t trying to impress his people, I wasn’t trying to impress his people. We were just trying to impress each other. We’ve never had a better relationship.” 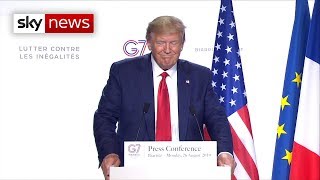 US officials initially complained about the G-7 agenda and pointed out it was designed to embarrass Trump, but the mood improved. Even the visit by Iranian Foreign Minister Zarif didn’t cause any turbulences. Trump retreated to his hotel and Zarif met with France, Germany and the UK. Trump also pressed for Russia to be re-invited and make it the G-8 once again. By the end of the summit, Trump praised Macron for a “truly successful G-7” hosted by a “spectacular leader”. After Trump left the podium, one reporter asked if the G-7 summit saw the rebirth of Macronian diplomacy to which Macron responded “That’s not for me to answer.”, with a proud smile. Is Macron’s optimism misplaced or will his hard work on Iran yield positive results?

While President Trump wants to complete a “very big trade deal” with the UK after Brexit, one thing he should not count on is support from the UK on his Iran stance. According to UK diplomatic sources, the UK’s support for the Iran deal remains. The official, who commented on the condition of anonymity, stated “I don't think you will find any change in the British government position. I think on this issue there is a sort of expectation that we are going to have a meeting with the American president and our position will change. But our position on Iran is well known.” Macron acknowledged that there were disagreements within the G-7 on how to proceed with the Iran deal brokered in 2015, but that he would try to find a compromise.

Learn how to profit from geopolitical events, take the first step today by joining PaxForex which is home to one of the fastest growing community of profitable forex traders!

At the G-7 Summit, Trump was urged by other leaders to find a resolution with China and end the trade war. Macron told reporters that “Our deep wish is for an agreement to be found between the United States and China concerning trade because I think that would be something positive for everyone.” Trump has remained his course and added “It’s the way I negotiate. It’s done very well for me over the years. And it’s doing even better for the country.” Will Trump give in to domestic as well as global pressures and change his approach to the trade war he started with China?

The biggest confusion for Trump over the G-7 Summit, was a statement by Chinese lead negotiator Vice Premier Liu He who repeated that “China is willing to solve the problem through consultation and cooperation with a calm attitude. We firmly oppose the escalation of the trade war.” This is the position China has had from the start. Liu is a key advisor to Chinese President Xi, but Trump confused Liu’s position and mistakenly believes that he is the vice president of China. This position is held by Wang Qishan. 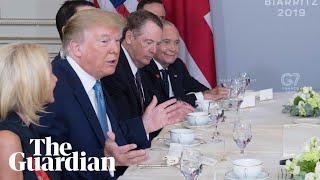 Donald Trump admits he has 'second thoughts' about trade war with China 1:27

Macron added “There has to be a balanced agreement that will be good for everyone.” After he left the stage, Trump expressed his frustration with President Xi and stated “Now, when I raise and he raises, I raise and he raises, we can never catch up. We’re down on the floor, lower than the floor. We can’t make a 50-50 deal. This has to be a deal that’s better for us. And if it’s not better, let’s not do business together. I don’t want to do business.” It is unlikely that a trade deal will be reached under Trump’s pre-conditions. He was asked if he might change his position to which he responded “Yeah, sure. Why not? I have second thoughts about everything.” How will this impact your forex portfolio and what should you do in order to profit from it? 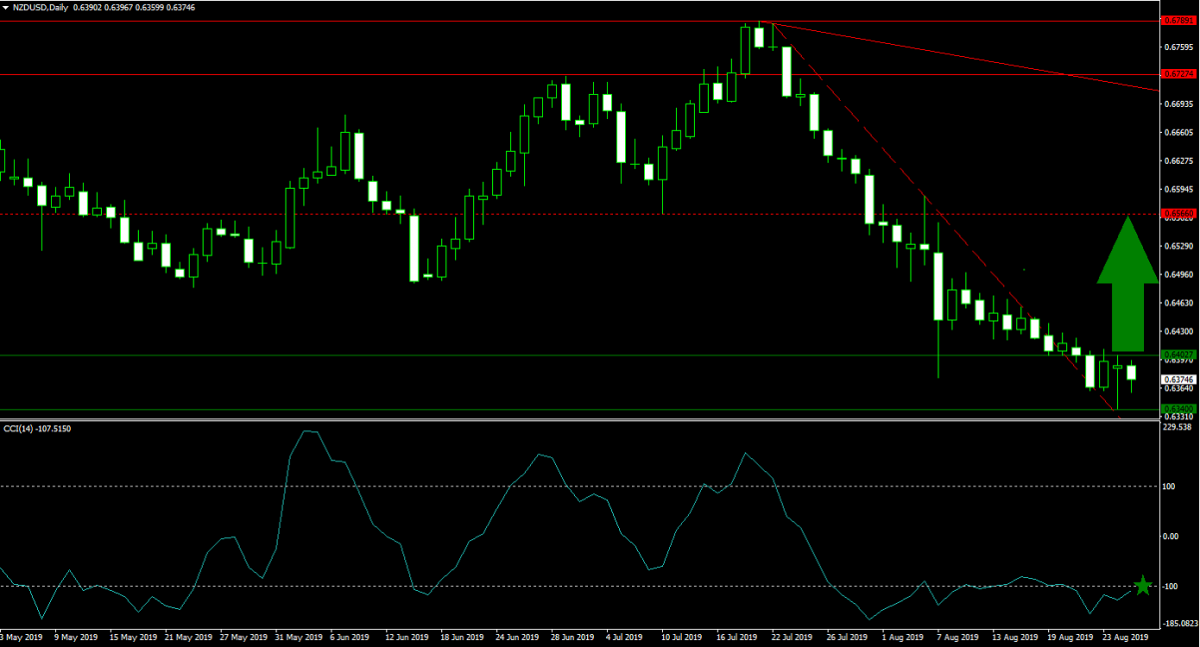 The CCI is trading in extreme oversold conditions, but started to advance off of its lows and a positive divergence has formed. This technical indicator is now likely to complete a breakout above -100 which will invite the next round of buy orders. Open your PaxForex Trading Account now and join our fast growing community of profitable forex traders!

The uptrend in the USDSEK is crumbling as its horizontal resistance area is depleting bullish momentum.The primary descending resistance level is adding additional downside pressures on this currency pair. A breakout below its secondary ascending support level is now anticipated which will take price action down to its next horizontal support level. Uncertainty surrounding the US Dollar is on the rise and the downside risk is elevated. Forex traders are advised to sell any potential rallies in the USDSEK into the upper band of its horizontal resistance area. 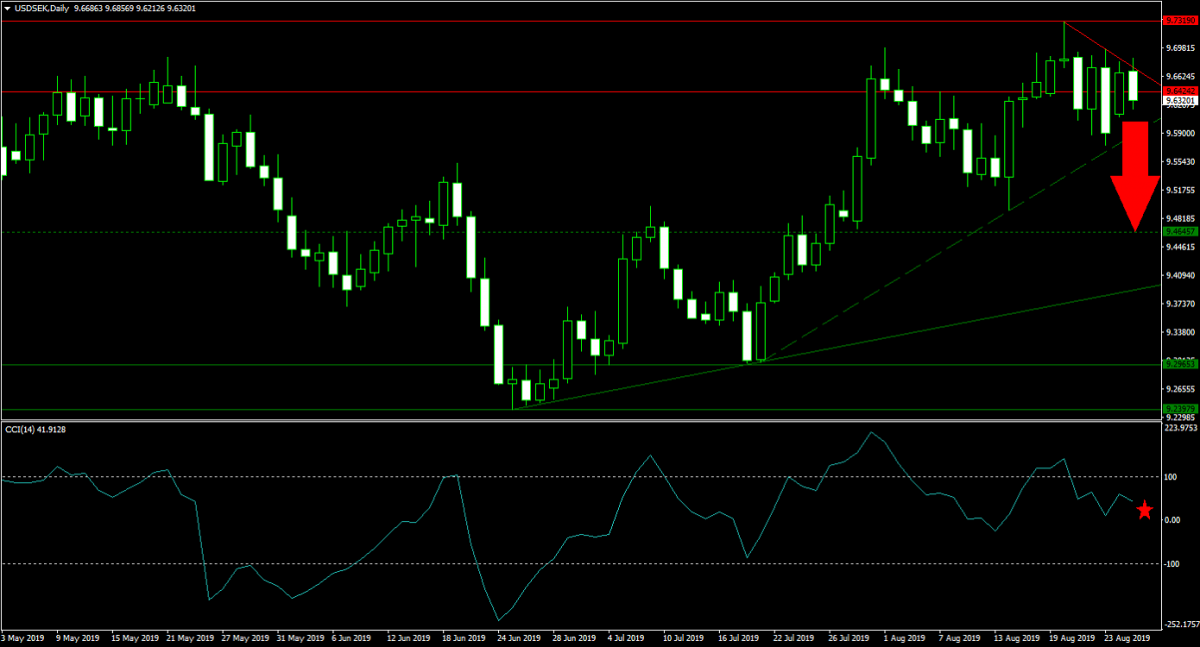 The CCI already descended from extreme overbought territory and bearish momentum is strong enough to extend the breakdown below the 0 barrier for a momentum shift. This is expected to further fuel the correction. Follow the PaxForex Daily Fundamental Analysis and allow our expert analysts to guide you through the forex market; earn over 5,000 pips per month!

A great way to reduce you overall risk profile in your forex portfolio is by adding cryptocurrencies to the mix. Ripple has carved out a strong support level from where a breakout if anticipated to materialize. XRPUSD has pushed above its primary descending resistance level inside of its horizontal support area as bullish momentum is on the rise. Its primary ascending support level is further adding upside pressure. A breakout above its horizontal support area will clear the way into its next horizontal resistance level. Buying any dips in the XRPUSD from current levels remains the favored trading approach. 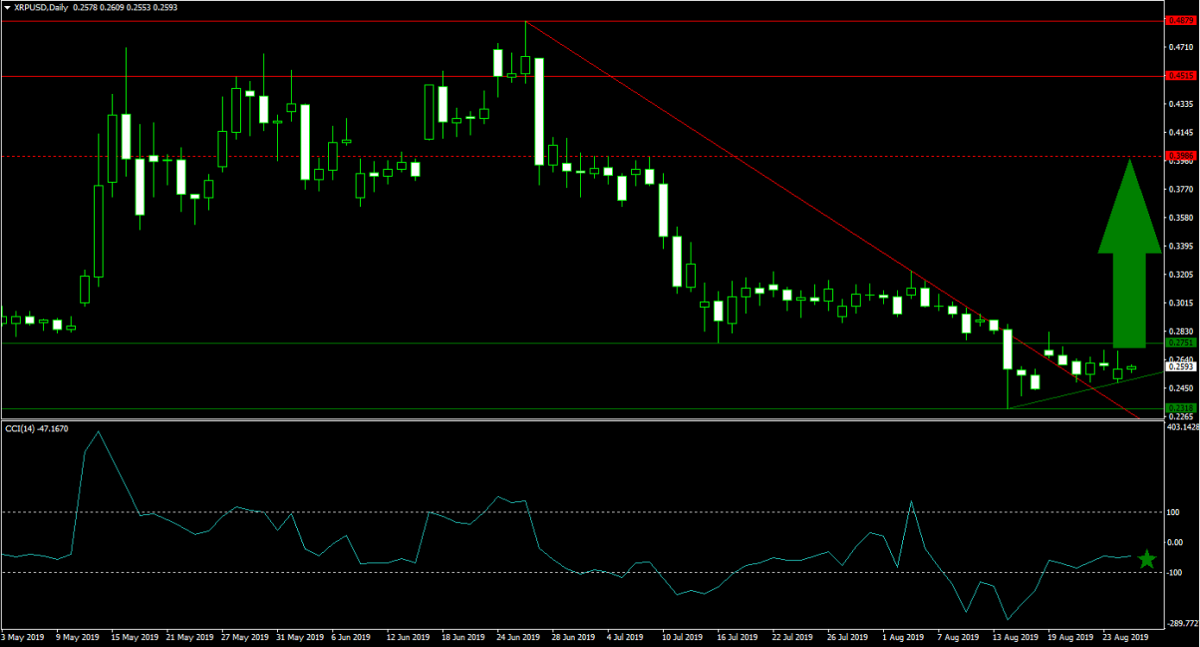 The CCI already completed a breakout above extreme oversold conditions which is now expected to extend above 0 for a bullish momentum shift. This is anticipated to attract the next wave of buy orders. Subscribe to the PaxForex Daily Forex Technical Analysis and simply copy the recommended trades of our expert analysts into your own forex trading account!