As the European Central Bank came under new leadership on November 1st when Christine Lagarde took over as President, the IMF wasted no time to issue a warning to all of Europe in regards to an economic slump. Interestingly enough, Lagarde was the Managing Director of the IMF. Many analysts are focused on the US-China trade truce, or better the first phase of it, which will do little to nothing to avert a pending global economic recession. Harvard Professor and former US Treasury Secretary Larry Summers added “I’m all for it. But I think we’ll be kidding ourselves if we thought we were one signing ceremony away from some kind of economic nirvana. There are deeper and larger issues that are holding back rapid global expansion.”

The IMF is not the only once concerned about the European economy as the European Commission cut its 2019 growth outlook by 0.1% to 1.1% annualized while cutting the 2020 outlook by 0.2% to just 1.2% annualized. The 2021 growth rate is also expected to be just 1.2%. The recession in the manufacturing sector was blamed for the anaemic growth rate as well as downward revisions which are now in-line with the majority of economists. The ECB re-started its bond buying program on November 1st 2019 as it appears to be out of fresh ideas. 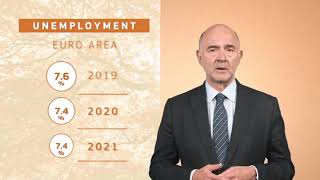 Inflation is also expected to remain well below the 2.0% annualized target with the EC predicting inflation at 1.3% in 2020. Valdis Dombrovskis, the Executive Vice President-Designate of the European Commission, stated “So far, the European economy has shown resilience amid a less supportive external environment: economic growth has continued, job creation has been robust, and domestic demand strong. However, we could be facing troubled waters ahead: a period of high uncertainty related to trade conflicts, rising geopolitical tensions, persistent weakness in the manufacturing sector and Brexit.”

Germany is the growth and export engine of Europe, but the continent’s largest economy probably already slipped into a recession. EU Chief Economist Marco Buti noted “Adding to domestic economic shocks and policy uncertainty, the slowdown in global demand and weak trade has hit the European economy hard. Economic activity now looks set to slow down in a number of member states, which at first appeared immune.” German companies from Rheinmetall through Siemens to Volkswagen all issued warnings and a recession in Germany may drag the rest of Europe down with it.

The EC noted “Using available fiscal space actively would allow member states not only to provide a fiscal stimulus amid the sharp slowdown in manufacturing that threatens to spill over to the labor market, but also to refresh and modernize the public capital stock, thereby boosting potential growth.” While the IMF and the ECB echo calls for governments to increase fiscal spending, Germany continues to resist. German Finance Minister Scholz countered with “We will have more growth in the next years. If the trade tensions worldwide will be reduced, this will have a real impact on better growth.”

More commentary out of the IMF included “Given elevated downside risks, contingency plans should be at the ready for implementation.” Scholz responded with “We have all the abilities to act if there is really a crisis. But there is not a crisis which we see today and which we do not expect.” IMF has specifically mentioned Germany and the Netherlands and suggested that both countries should boost spending in order to assist the ECB in stabilizing the economy. The IMF suggested that governments should take advantage of ultra-low yields and look at debt management options. 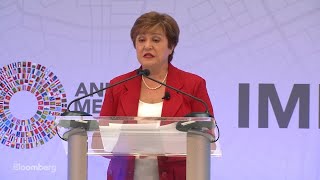 According to the IMF, even high-debt economies should consider to spend more as the fund suggested to “temporarily slower pace of fiscal consolidation or a temporary expansion.” This may result in anther debt crisis for the ECB to struggle through as governments get used to borrowing, and the IMF suggests country borrow and spend based on the hope it may result in an economic improvement. The Euro may be headed for some rough waters as the economy cools further while the ECB and IMF favor fiscal irresponsible behavior. 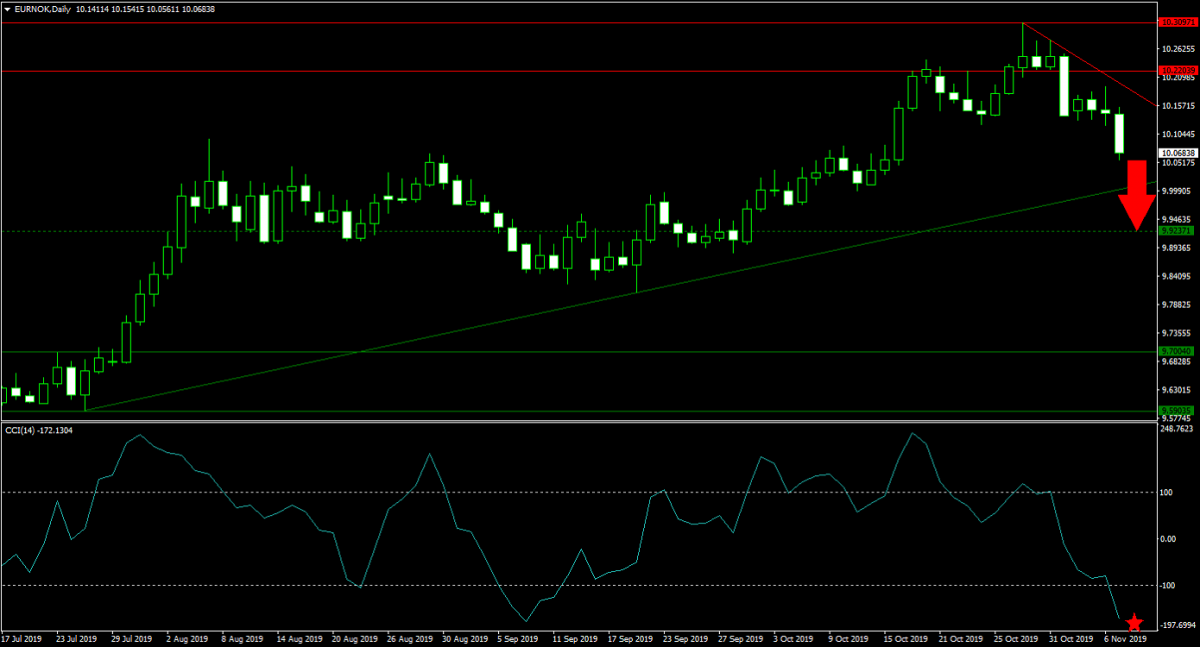 With the countless of headwinds facing the Euro, forex traders are advised to look for attractive short selling opportunities. The EURNOK already completed a breakdown below its horizontal resistance area and is now favored to extend farther to the downside. A breakdown below its primary ascending support level should take this currency pair into its next horizontal support level. The CCI plunged deep into extreme oversold conditions, but fresh lows are favored. Open your PaxForex Trading Account now and join one of the fastest growing trading communities in the forex market. 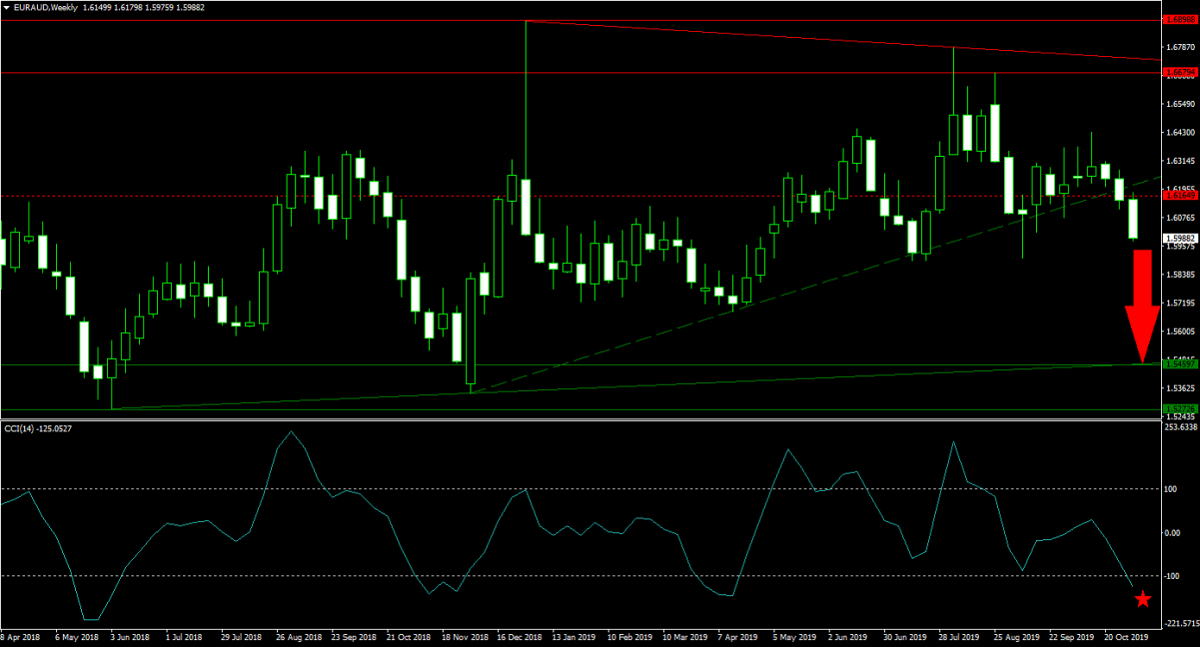 The EURAUD presents another great short selling opportunity as price action completed a breakdown below its horizontal support level and below its secondary ascending support level. This has now cleared the path for this currency pair to accelerate into the upper range of its horizontal support area which is enforced by its primary ascending support level. The CCI just moved into extreme oversold territory with more downside potential. Subscribe to the PaxForex Daily Fundamental Analysis and earn over 5,000 pips per month. 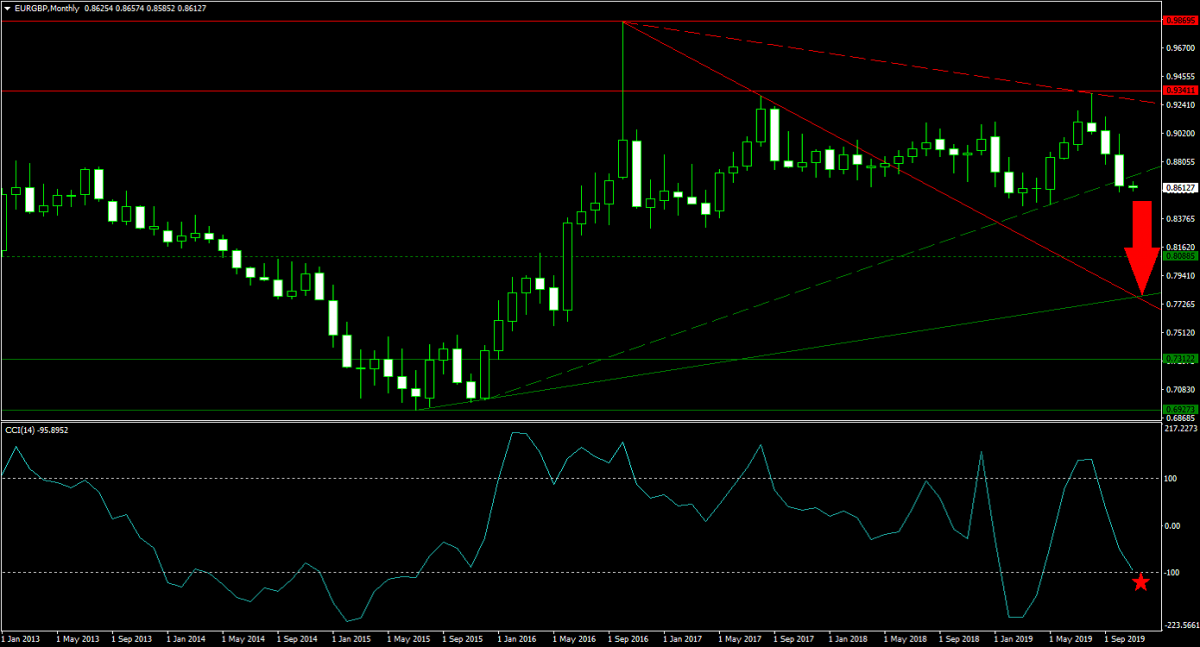 Despite more Brexit uncertainty, the EURGBP is favored to move lower. Price action just completed a breakdown below its secondary ascending support level and is now anticipated to crash through its horizontal support level. The sell-off is expected to last until this currency pair will reach its primary ascending support level. The CCI is trading just above extreme oversold conditions and is expected to contract further. Follow the PaxForex Daily Forex Technical Analysis and grow your balance trade-by-trade.