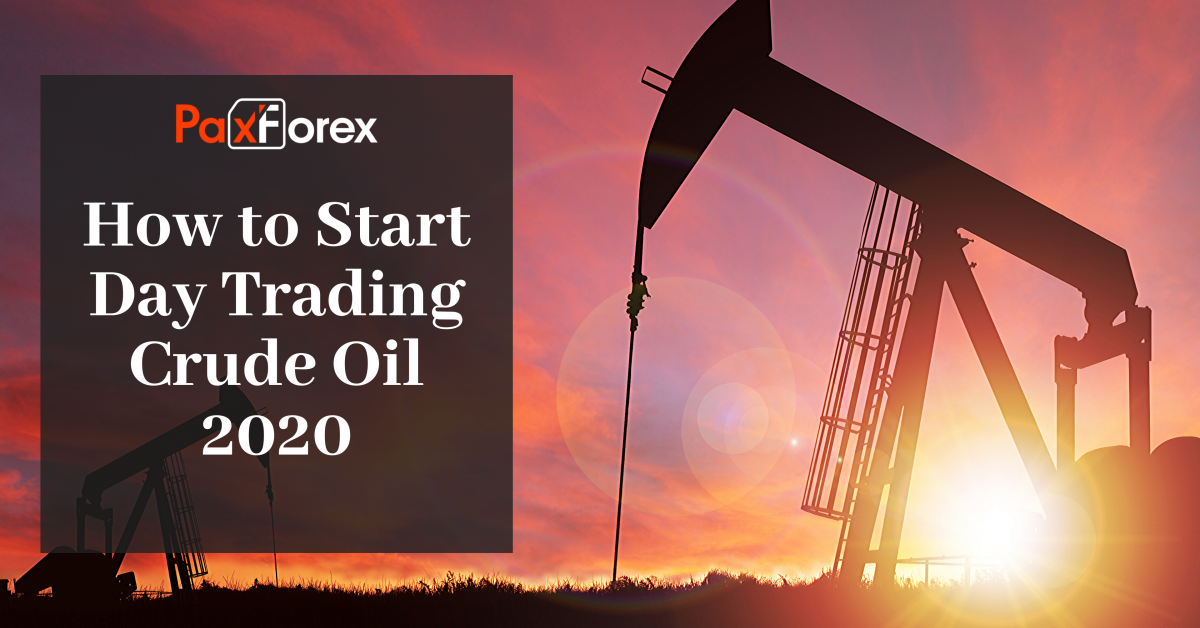 Crude oil trades give exceptional chances for earnings in almost all market conditions due to its unique position in the global economic and political system. Furthermore, volatility in the energy sector has increased dramatically in recent years, providing strong trends that can generate sustainable profits for short-term swap deals and long-term temporary strategies.
Market participants are often unable to take full advantage of crude oil price movements, either because they have not heard about the individual features of these markets or because they are ignorant of concealed traps that can eat up profits.
The value of crude oil changes each second as it is traded on the market. The rate of crude is not just defined by global supply and demand and the fundamental scope for the material commodity; it's also defined by the actions of traders.
A day trader's responsibility is not to evaluate the "real" value of crude oil. Instead, a day trader gains from daily changes in the price of crude, striving to make a profit whether its value rises or falls.
Day trading crude oil is speculating on its short-term price movements. Physical crude oil isn't handled or taken possession of; rather, all of the trading transactions take place electronically and only earnings or losses are displayed in the trading account.

How does oil trading work?

Oil is traded on exchanges in various forms, but mainly futures contracts and options (futures contracts that have a specific expiration date, for example, in a month). Futures can also be delivered, that is, when buying it, at the end of the futures term you will be brought to your home real barrels of oil. But this is available only for millions of contracts and oil companies, in other cases, only settlement futures work, which work only with the price and money, and not with deliveries of real oil. Other instruments on the exchange work on the same principle.
Let us consider how oil can be traded through the Internet for an individual - for any ordinary person.
There are several ways to extract profit from black gold:

The most popular one is Contract For Difference (CFD), which is an agreement between a buyer and a seller to transfer the monetary difference between the asset price at the time of conclusion of the contract/closing of the transaction and the corresponding value at the end of the contract/closing of the transaction. Simply put, it works the same way as the Forex market - bought cheaper and sold at a higher price. Even the program for making trades is the same. By the way, the currency market itself offers oil for trading.
When trading CFDs, the asset itself is not acquired: trading is based solely on speculative profits. Unlike the futures, you can work with contracts for difference in split lots from a minimum of 0.01 lots. Taking into account the leverage of the broker, it is possible to enter the transaction with several dollars.
Thus, Contracts for Difference is a convenient tool for earning on oil, which is ideal for a beginner trader.

Factors of influence the oil price

Before making money on oil, you have to understand where it is going and what affects it. The most important fundamental factors that have a strong impact on the price of oil are the following:

Oil production quotas imposed by OPEC). Quotas are an expression of the position of the states - major suppliers of this energy source. The decrease in quotas has an impact on the volume of raw materials offered for sale, which leads to the growth of its value.
Worsening of the political situation in oil regions. Such events provoke supply disruptions.
Political decisions concerning the black gold reserves in the USA regarding their reduction or increase.
Decrease or increase in macroeconomics. When the world economy is in active growth, the demand for energy resources, including oil, is growing.
Scientific developments and new draft laws. For example, the start of the production of alcohol-engine cars has triggered a certain weakening of oil in the EU market.
Speculative machinations. Very often large investors are engaged in "large-scale games", which cause a jump in the oil market rate.
The US dollar rate. The cost of black energy is tied to this currency. USD/bbl exchange pair is a clear reflection of this correlation. The weak dollar always enhances the rate of oil.

To make a long story short - yes, of course, it is profitable. Crude oil is unarguably the most traded commodity in the world. In other words, it is called “BlackGold” in the market.
After the industrial revolution, crude oil became the key factor in the world’s economy. Every service and facility we use depends on crude oil. Due to its importance, it holds the highest among all traded commodities.
Every single country in the world purchase crude oil in very large quantities. Even the countries with the most fragile economies buy Crude Oil as their top priority import. Even the demand for Crude Oil is very high and increasing day by day, supply fluctuates due to many different reasons.
There are only a few Crude Oil exporting countries that exist. Most of them are under “OPEC and Russia stand alone. OPEC and other world’s government involvements set price tags for Crude oil by observing the supply and demand.
As it is the most traded commodity, any small price changes have a higher impact on the Oil trade.
To get earnings, you can do both bullish and bearish trades.
In a bearish trade, you can buy crude oil and sell them immediately under the same price. After some time, when the price hits a lower level, buy again the same amount of barrels and gain profit.
In a bullish trade, you buy Crude Oil barrels and wait until the prices go up. After price hits a higher value, you can sell the barrels and gain profit.
Due to the unimaginably large demand, you always can find a buyer or a seller in the Crude Oil Market. So, the correct strategies will bring you large amounts of profit.

How to analyze the oil market

When analyzing the oil market, first of all, one should pay attention to the fact that commodity prices are directly dependent on the seasonal cost of gasoline and fuel oil, which, in turn, are formed by demand volumes. Demand reaches its peak levels in winter and summer.
In winter, the level of demand for fuel oil increases, which is a residual result of the processing of crude oil or its secondary products. Fuel oil is used as fuel for boiler-houses, steam boilers, and heavy motor fuel. An increase in its purchases during the cold period makes the oil price to increase.
In summer the black gold market traditionally grows against the background of increased demand for fuel, which is associated with the holiday season.
Anyone who wants to understand how to analyze oil should follow the actions of OPEC, an association of black gold exporting countries, often called the oil producers cartel. At its meetings, the organization may decide to apply restrictions on oil production to participating states.
If additional restrictions are imposed, energy quotations usually increase in the long term. On the other hand, it is reasonable to expect oil to depreciate and close long positions when restrictions are lifted or softened.

Oil as an investment asset is interesting primarily because of its high volatility. Due to possible significant changes in the oil rate, high profits are possible within a short period of time.
CFDs on oil present vast opportunities for speculative and investment decisions, as could be seen. At the same time, oil is the only raw material asset that is available in the lineup of almost all brokerage companies.
As for the advantages of oil contracts as compared to currency pairs or other assets, it should be noted that they are more predictable in terms of fundamental analysis, especially if we are talking about inter commodity spreads.
Nevertheless, to make your crude oil trades successful, you need a lot of knowledge and experience, also, you need to be aware of an extremely wide range of news and events from different areas.