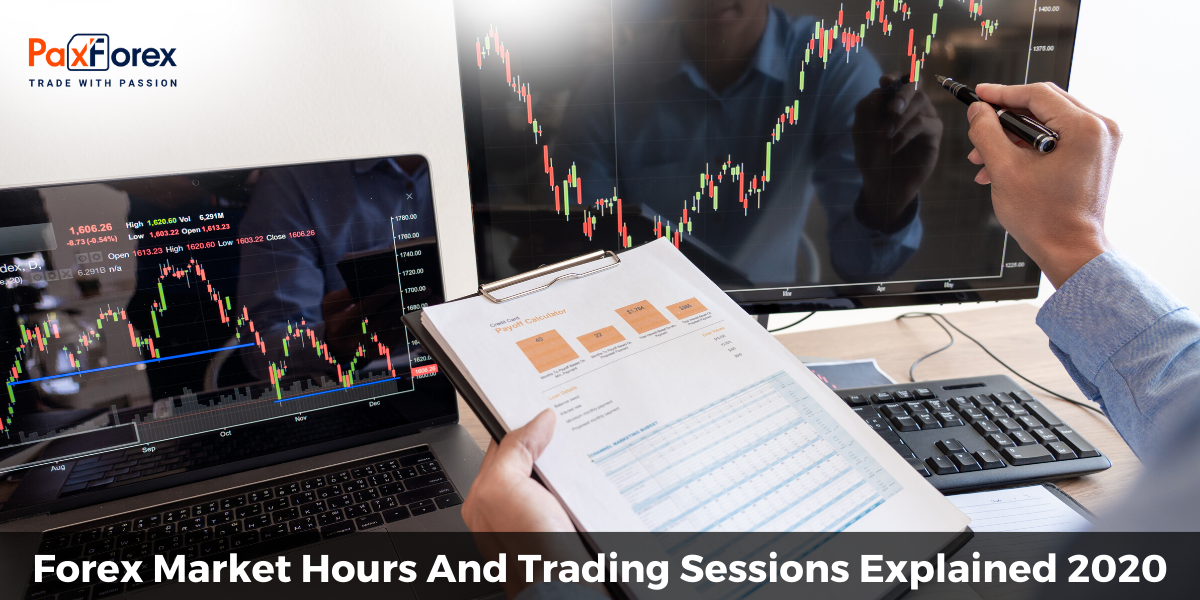 Trading on Forex is very straightforward in theory. Traders generate profit from exchanging foreign currencies that constantly fluctuate in value. However, in order to become truly successful, you will need to account for a certain amount of factors that contribute into the overall movement. One of such contributors is the Forex market hours. More specifically: the time limits of activity for traders all across the globe, commonly known as Forex trading sessions.

The Introduction To Trading Sessions

It is common knowledge that Forex operates 24 hours a day, five days a week. The main reason behind this round-the-clock activity is various time zones around the world. By continuously working foreign exchange market equally includes trades from every corner of the planet.

Following this logic, we can also conclude that a trader from Tokyo will most likely be trading during different hours compared to a trader from Berlin, for example. That’s how Forex trade sessions came to exist.

A Forex trading session is a period of time at the market, when a high amount of traders from the same geographical location become active. While Forex market hours remain the same for everyone, sessions occur at different times and tend to have a set of distinguishable characteristics.

It is also worth mentioning that each trading session Forex period might be strongly associated with a specific currency. This way, a trader from the US who is interested in trading European or Asian currencies might have to pay more attention to non-domestic trading sessions. Needless to say, trading outside your local Forex market hour can lead to being awake during odd hours, so it is generally connected with higher stress.

So, you get the gist: traders around the world trade during different hours and this is referred to as Forex trading sessions. But why do we need to know the specifics of how Forex market hours clock works in other countries in order to become successful?

Having a general understanding of each of existing trading sessions Forex and watching how those sessions progress, can help traders predict the market movement in their own time zone. Simply said, traders watch and very often mimic each other’s actions.

That’s why knowing and fully comprehending market Forex hours across the map can significantly help in trading wisely.

Now, let’s talk about each of the major Forex trade sessions to get a better picture.

Usually, traders differentiate three major trading sessions Forex: Asian, European and North American. Due to the geographical proximity of Europe to North America, there is also a short, but highly attention-worthy session overlap between their two sessions.

Sometimes, you might also hear traders refer to less-common trading sessions, such as Sydney or Hong Kong. But while the Forex market hours in these areas are slightly outside the general session, they very often behave in accordance with an entire region. This means that studying a very localized Forex trading session may be a part of your plan in the future, but for now let’s focus on the major trading sessions, starting with the Asian one.

Every trading session Forex is often referred to by the name of a major city in the area. Asian session is most commonly called Tokyo session and it lasts between midnight GMT until 6 AM GMT.

However, since Asia includes a whole variety of countries and time zones, from New Zealand to Russia, the market forex hours are sometimes stretched into 11 PM GMT to 8 or even 9 AM GMT.

As Tokyo market opens first after the weekend it is usually an excellent indicator of the overall mood for the week in the whole world. But there are a few characteristics, which make the Asian session like no other, and they are:

Trading during the Asian session can be a comfortable start for new Forex traders. One thing to keep in mind is that your chosen currency pair will have to include one of the major Eastern currencies, such as JPY or AUD.

Next, let’s discuss the Forex market hours in Europe, which overlap with both Tokyo and New York sessions. 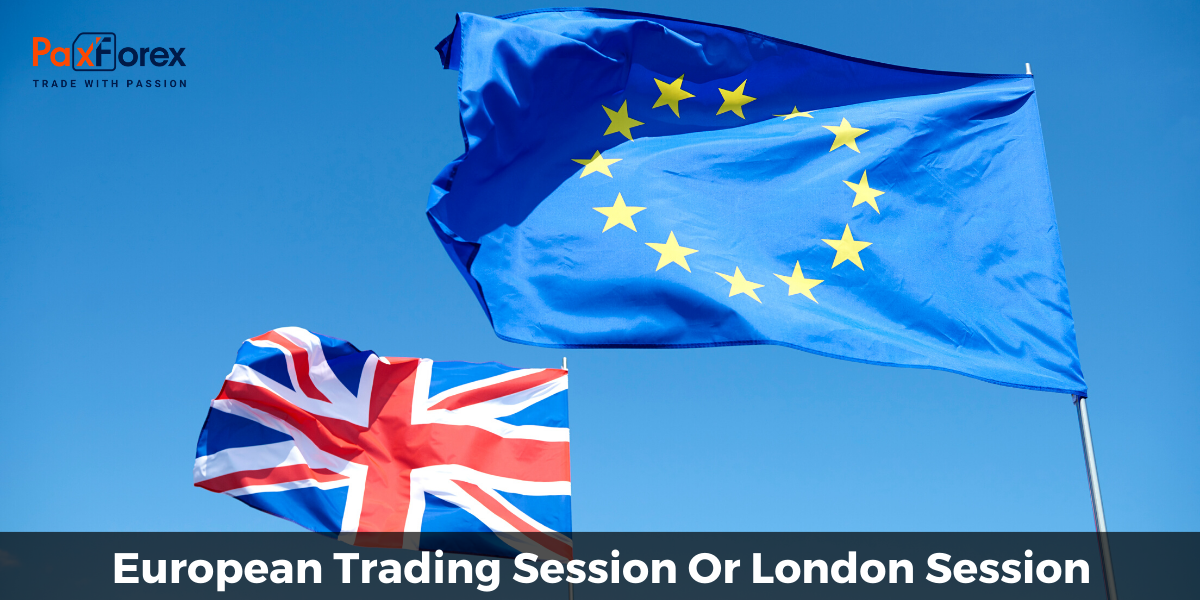 London Forex markets hours are a big deal. Nearly half of all currency exchange transactions take place during the European session. And this is not at all surprising: the capital of England has always been the trade center due to its location.

Plus, the convenient timing of the European Forex trade sessions is inclusive for pretty much the entire world. This way the London session overlaps with Tokyo at the beginning and with New York towards the end.

The European trading session is often defined as 7 AM to approximately 5 PM GMT. Most large financial contributors into Forex step into the game during this session, as apart from London, European region is also home to Switzerland, Germany, France and Netherlands.

Now, here are some characteristics of the European market forex hours:

Forex market hours clock in London seems to move faster than anywhere else in the world due to the increased activity. Traders who focus their attention on the European session are more likely to succeed, provided they did their homework and meticulously prepared for each step.

And as the London session comes to an end, it meets with the North American Forex hours market gap.

Frank Sinatra’s favorite city, New York, is another financial capital of the world. That’s why it makes total sense that nearly a quarter of all Forex transactions take place during the North American trading session.

Unlike the Asian session, New York overlaps with London for around four hours, which gives traders plenty of time to keep riding established trends and take advantage of the same currency pairs.

Then, of course, the national currency — the United States Dollar is the most traded unit at the Forex market. Almost 85% of all trades during the New York session are focused around the greenback. This makes North American Forex markets hours especially attractive to virtually any trader out there.

The New York session is established roughly between noon and 8 PM GMT. The North American market hours Forex traders include people from the US itself, as well as from Canada, Mexico and all South American countries. Which means that during this session currencies like CAD and MXN also come out to play.

Here are a few things that characterize the American Forex market hour gap:

Now, that you have a general understanding of each of the Forex trading sessions, let’s take a few moments to discuss the trading platform that connects traders from Sydney to Seattle. 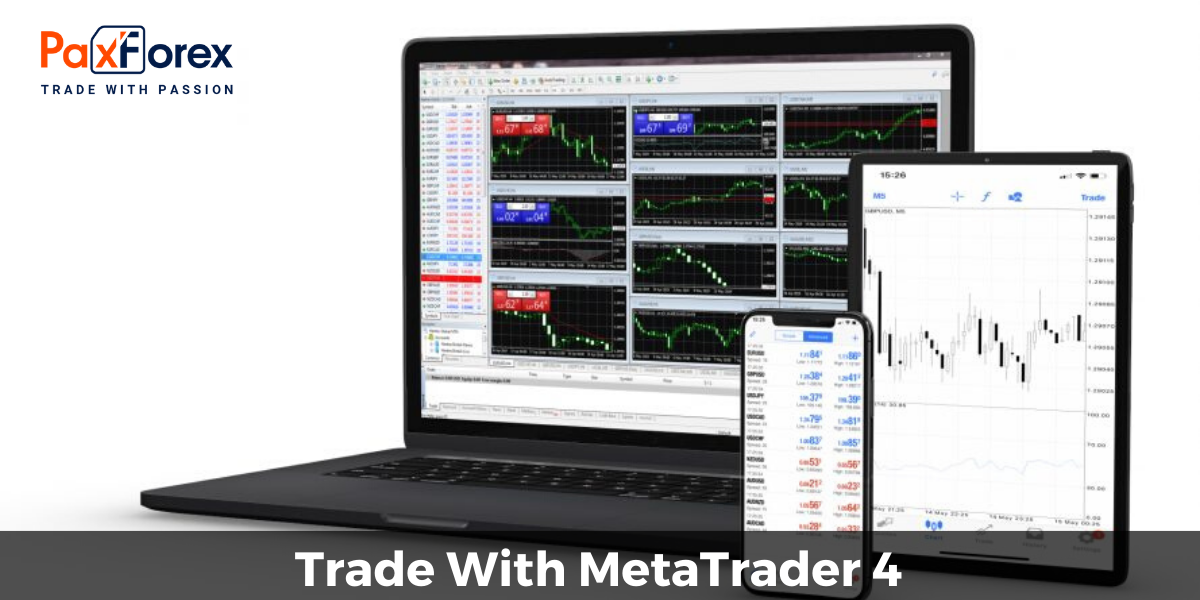 What is the most important tool of a modern Forex trader? There is only one possible answer: the trading platform. Foreign exchange market today is more demanding than ever. It calls for fast thinking and even faster acting.

Metatrader 4 allows you to be one step ahead of everyone by being the most sophisticated and yet the easiest to use trading platform. From analysis to gathering profits, MT4 has the tools to complete any task.

No matter which trading strategy you adopted and during which market Forex hours you choose to trade, Metatrader 4 has got you covered. Install the platform today to experience hi-tech trading from the comfort of your couch.

Overlaps In Forex Hours And Sessions

We’ve already briefly discussed trading session overlaps that lead to increased volume and volatility at the market. Now it would make sense to summarize a couple of facts that will help you navigate through the confusing periods of high activity.

The two most important overlaps are Asian/European and European/North American.

Tokyo overlaps with London from about 7 AM GMT until just one hour later: 8 AM GMT. During this hour you will observe high liquidity of cross-continent pairs, such as GBP/JPY. It goes without saying that successful trading during Asian/European overlap, requires solid understanding of major economic contributors as well as professional skills in chart reading.

London overlaps with New York from approximately 1 PM to 5 PM GMT and it is generally the time when most trades take place. The biggest concern of any trader who is focusing their attention around American and European Forex hours market overlap is the high level of risk associated with high volatility. Thought-through risk management is vital during any trade, but during this particular overlap — especially.

At this point we know how the trading goes during active time sessions around the world. But are there any times when the market is too risky to trade?

There are three things that contribute into the market being non-tradable: low liquidity, volatility spikes and high spreads. Low liquidity puts traders at great risk due to a lower chance of effective processing of voluminous transactions. This means that trades opened during low liquidity periods have a very high chance of going south.

Low liquidity is also dangerous because of the way market moving power gets distributed. This results in volatility spikes that can be harmful to your risk prevention tactics, such as stop loss orders: the price will simply jump over them.

And finally the high spreads that often occur during the least active times can really eat into your profits, sometimes eliminating them completely.

Considering all of the above, professional Forex traders have outlined the period between 12 AM and 2 AM, local time to any trader. During these two Forex hours market behaves in the least favorable way and is strongly recommended to beignored.

And what is the best part on the Forex market hours clock to trade?

The Best Time To Trade The Market

In order to choose the right Forex market hour for your trades, you will need to consider a few factors. First, settle on one or two currency pairs you are going to actively trade. Successfully operating with any currency pair requires a certain amount of knowledge of both technical and fundamental aspects behind the price formation of the unit.

Then you should soberly evaluate your schedule to outline your windows of availability. This way, even if Asian Forex markets hours seem ideal, but you are either sleeping or working throughout them, it will most probably not be a good idea.

Lastly, the first three hours of each session are usually the most fruitful ones. The beginning of the session is a good mix of decent volume and volatility, as well as indicated momentum, trends and retracement.

Plus, the first and the last five minutes of each hour within each Forex trading session would normally stand out with increased volatility. This is often referred to as TOTH (top of the hour).

Knowing when to trade Forex is a must for anyone who aims to be successful. Whichever trading session Forex you end up focusing on, make sure you start by understanding the mechanics of its operation as well as the major driving factors behind the central currencies for that specific region.