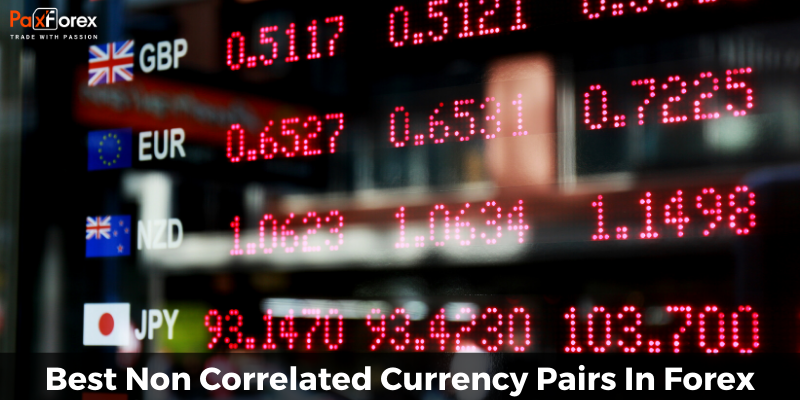 Correlation of currency pairs can play a great role in building an effective strategy. Traditionally traders look to double their profits by operating with strongly correlated pairs. However, the non correlated Forex pairs that move in complete disagreement with each other are also worthy of your consideration. Here’s why.

From the term “correlation” itself, we easily conclude that pairs that correlate are the ones that move in tandem, by sort of mimicking each other. And non correlated Forex pairs explained are simply the currencies’ values that virtually cancel each other out. It does seem counterproductive to put your trust in pairs that don’t agree, but in practice such illogical moves prove to be very effective.

For instance, some of the best non correlated currency pairs for Forex trading are EUR/USD and USD/CHF. By opening identical positions in both pairs at the same time, a trader is effectively hedging risk exposure in one of the pairs. Once again, unlike trading correlated pairs together, which is implemented to increase profits, non correlated Forex pairs that move in opposite directions are used for short term risk prevention, and won’t result in significant surplus.

A very important factor to consider when attempting risk management through non correlated Forex pairs most volatile scenarios is that correlation is liquid. This means that although many pairs are historically non correlated, the degree of that relationship is always changing. In some cases, the correlation can even go from negative to positive and vice versa.

In order to keep the hand on the pulse of ever-changing correlation, traders use tools such as the interactive correlation matrix. The matrix works by applying a formula to evaluate the level of two currency pairs’ correlation. For beginner traders the matrix instrument is more than enough: simply take a look at it several times during the trading session, to make sure you are heading into the right direction in terms of correlation.

However, further on your trading journey you might want to dig slightly deeper and understand the origins of the relationships between various currencies. Knowing how the world's economies affect each other and how it reflects on monetary values of their respective currencies can be a very strong asset in your trading toolbox.