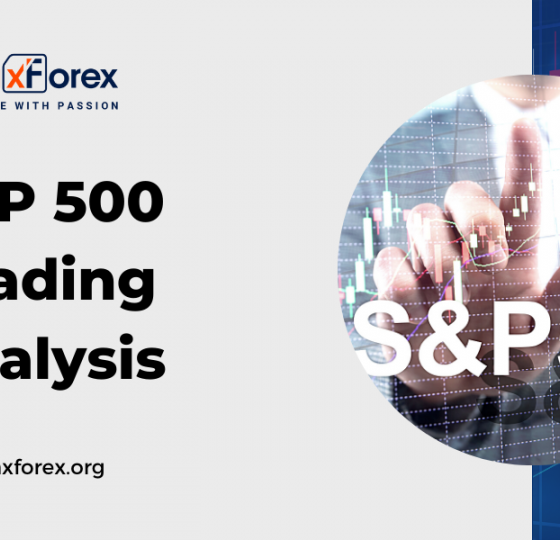 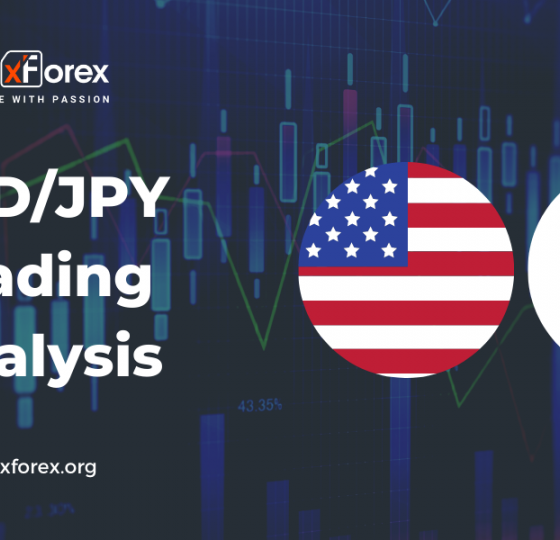 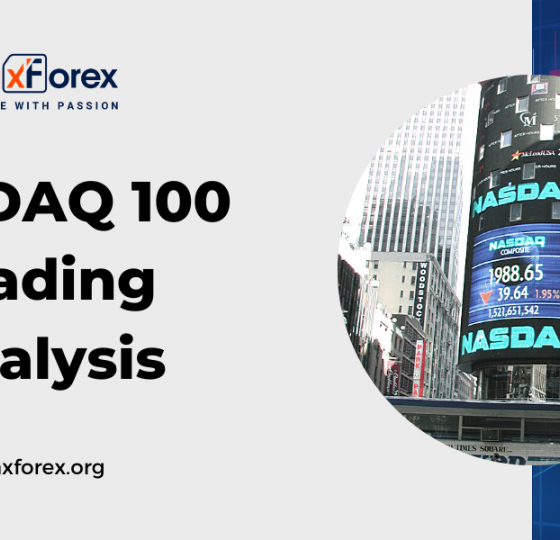 It has been a very busy central bank week which started last Thursday with the ECB meeting and was followed by yesterday’s FOMC meeting, this morning’s Bank of Japan and Swiss National Bank meeting and concluded with the Bank of England meeting. This has covered all major currencies and impacted the majority of trading volume in the forex market. Over the past decade, central bank week became a rather boring affair as global central banks acted in unison in order to deliver lose monetary policy. This trend began to change and we have now returned to central bank monetary policy divergence.

The ultimate goal of quantitative easing and negative interest rates was to stimulate economic growth which appears to have failed. The global economy is slowing down fast despite the multi-trillion dollar stimulus packages which spanned the US, Europe and Asia. Inflation has been absent in most cases with no signs of picking up, but some economies have started to experience an increase in wage inflation. Some central banks started to cut interest rates, restart quantitative easing and others have neither room nor desire to walk deeper into the unknown long-term impacts of ultra-lose monetary policy for over a decade. What does the aftermath of central bank week and monetary policy divergence mean for your forex portfolio?

The ECB kicked off central bank week last Thursday and delivered as expected. The interest rate remained unchanged a 0.00% and so did the marginal lending facility rate at 0.25%. The ECB did cut its deposit facility rate by 10 basis points from -0.40% to -0.50%. In addition it announced the restart of its open-ended bond buying program at a monthly rate of €20 billion starting from November 1st 2019. The Euro initially sold of after the announcement, but rallied after the press conference chaired by ECB President Draghi who only has one more ECB meeting left before his replacement will take over. 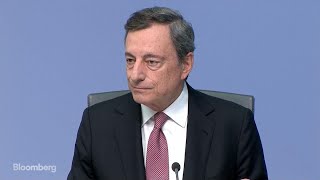 US President Trump used the ECB interest rate cut to attack his central bank. He tweeted “European Central Bank, acting quickly, Cuts Rates 10 Basis Points. They are trying, and succeeding, in depreciating the Euro against the VERY strong Dollar, hurting U.S. exports.... And the Fed sits, and sits, and sits. They get paid to borrow money, while we are paying interest!” His pressure campaign on the US Fed has yielded the first interest rate cut since the financial crisis and was followed by another one. This has caused a growing number of analysts to question the independence of the central bank.

The FOMC delivered its second straight 25 basis point interest rate cut which took the federal funds rate down to a rage between 1.75% and 2.00%. According to the FOMC, “In light of the implications of global developments for the economic outlook as well as muted inflation pressures, the Committee decided to lower the target range for the federal funds rate.” As expected, President Trump was unhappy and tweeted “Jay Powell and the Federal Reserve Fail Again. No ‘guts’, no sense, no vision! A terrible communicator!” He followed up by tweeting “Producer prices in China shrank most in 3 years due to China’s big devaluation of their currency, coupled with monetary stimulus. Federal Reserve not watching? Will Fed ever get into the game? Dollar strongest EVER! Really bad for exports. No Inflation...Highest Interest Rates…” His criticism was directed at the lack of clarity moving forward and for not cutting interest rates more aggressively.

Did you know that you can earn more pips per trade at PaxForex, home to one of the fastest growing communities of profitable forex traders? Sign-up now and grow with us!

The Bank of Japan decided to leave its interest rate unchanged at -0.10%, but called for a review in October. The central bank is loosing momentum to achieve its 2.0% inflation target. Chief Economist at Norinchukin Research Institute, Takeshi Minami, added “Given that the outlook is very uncertain, the BOJ will review its policy with more easing in mind. As Kuroda has said, a deeper negative rate is an option, but that will certainly draw criticism from financial institutions.”

The Swiss National Bank also decided to keep its key interest rate unchanged at -0.75% and is expected to remain at this level for an extended period of time. It did increase the exemption threshold at which point commercial banks have to pay negative rates from 20 times minimum reserves to 25 times minimum reserves. The Swiss Bankers Association, through Spokesman Serge Steiner, commented “It is good that the rates have not been reduced further and the expansion of the exemption seems to be a good thing. But the burden with negative rates is still a burden for the banks. It is a problem for the pension funds, for the retail clients and the Swiss economy on the whole.” 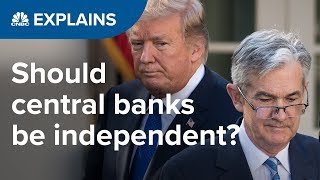 The Bank of England also decided to leave interest rates on hold at 0.75% despite a slowing global economy and an uncertain Brexit outcome. Wage inflation is accelerating in the UK and the central bank is expected to increase interest rates further as soon as next year. Growth prospects were also revised higher. Hargreaves Lansdown's Ben Brettell noted “Policymakers are firmly in ‘wait-and-see’ mode having raised rates last month, and will be reluctant to even consider another move until they have a clear idea of what Brexit will look like. Realistically May next year looks the first available opportunity to raise rates to 1%.” Inflation is currently running above target.

With more interest rate cuts in store for both central banks, the US Fed may act first and reduce interest rates by another 25 basis points during their next meeting. The Bank of Japan didn’t rule out steeper negative interest rates, but is in a holding pattern. The USDJPY started to reverse direction with gave birth to its secondary descending resistance level. Bearish momentum is on the rise and this currency pair is expected to descend into its next horizontal support level. Forex traders are advised to sell any rallies in the USDJPY into the upper band of its horizontal resistance area. 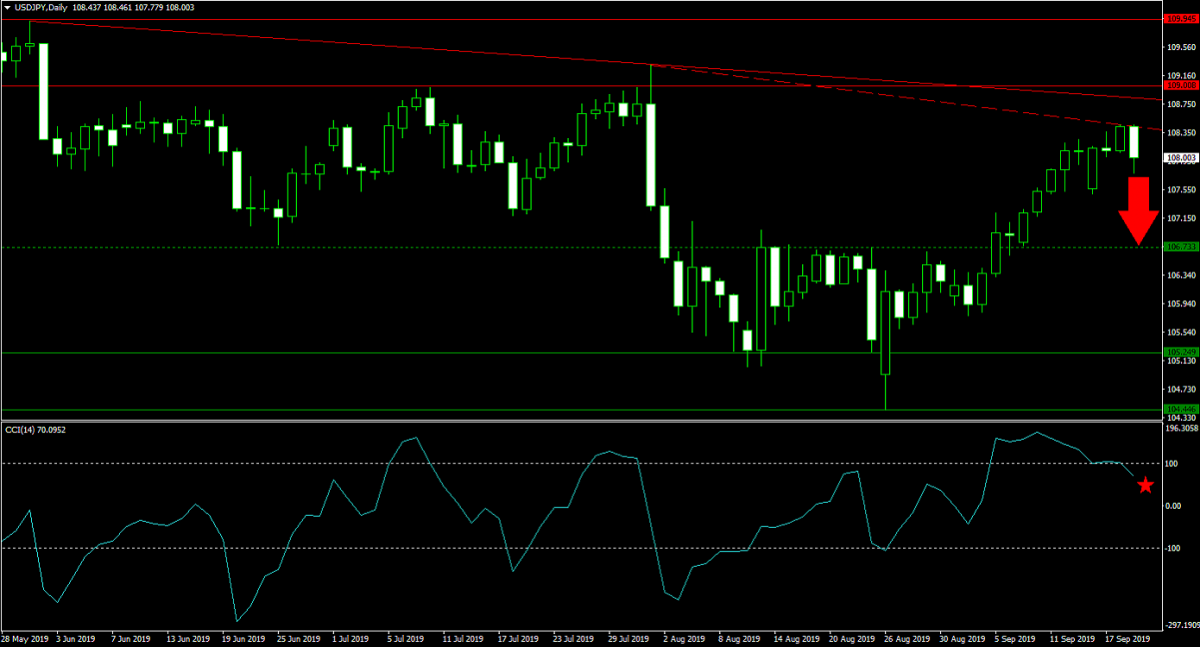 The CCI moved completed a breakdown below extreme overbought conditions and a negative divergence led the push to the downside. This momentum indicator is now anticipated to contract further. Open your PaxForex Trading Account today and join our fast growing community of profitable forex traders!

The FOMC is expected to be pressured into more interest rate cuts while the MPC is on track to increase interest rates further moving forward. This puts the GBPUSD on the right track to add to its gains. This currency pair juts completed a breakout above its horizontal support area and is now met by its secondary descending resistance level, followed by its primary descending resistance level. A double breakout is favored to take price action back into its next horizontal resistance level. Forex traders are recommended to buy any dips in the GBPUSD into the lower band of its horizontal support area. 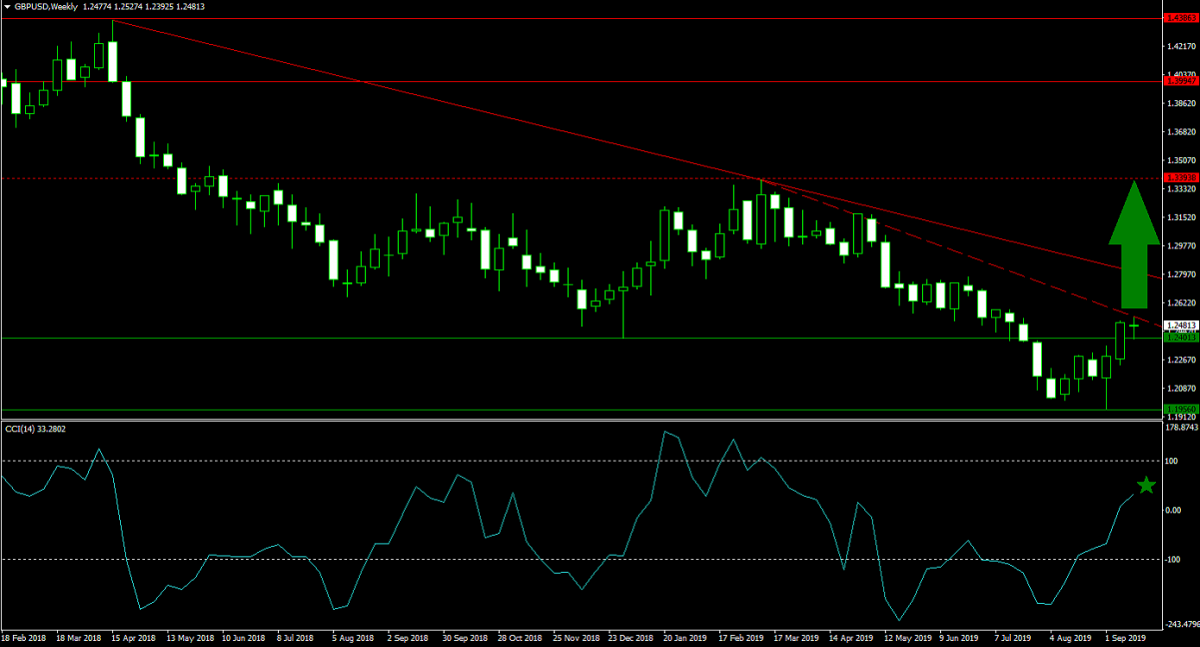 The CCI accelerated to the upside, after forming a positive divergence, and completed a breakout above extreme oversold territory. Momentum was strong enough to push this indicator above the 0 level for a bullish momentum change. Subscribe to the PaxForex Daily Fundamental Analysis and earn over 5,000 pips per month in profits!

The SNB is unlikely to cut interest rates further with a risk of more cuts or stimulus out of the Japanese central bank which could push the CHFJPY into a breakout above its secondary descending resistance level. This would follow the breakout above its horizontal support area which is enhanced by its primary ascending support level. Price action is anticipated to advance until it can test the strength of its next horizontal resistance level. Buying any dips in the CHFJPY down to the lower band of its horizontal support zone remains the favored trading approach. 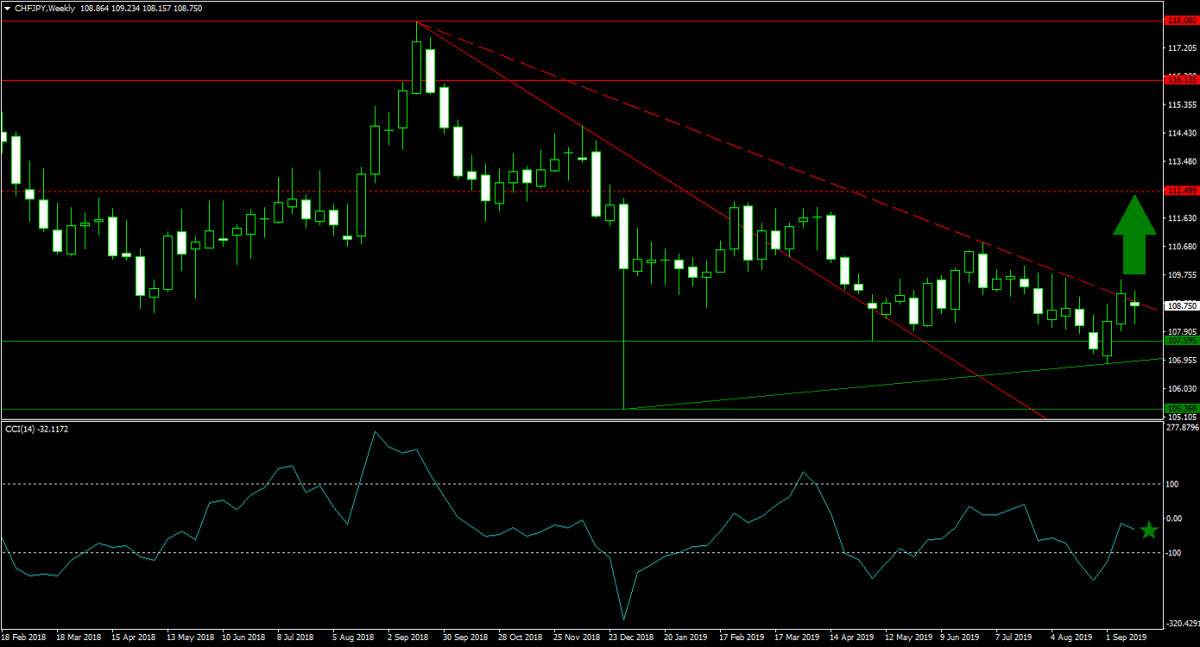 The CCI has moved out of extreme oversold conditions and is now expected to move back above the 0 mark. This bullish momentum crossover is anticipated to add to the rally in price action. Follow the PaxForex Daily Forex Technical Analysis and simply copy the trades of our expert analysts into your own trading account!